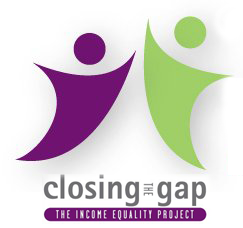 New OECD data shows cutting taxes would be a big mistake for New Zealand, which instead needs to take in more tax from the wealthy to fund much-needed social programmes, Peter Malcolm, spokesman for the income equality project Closing the Gap, said today.

The just released OECD report “Taxing Wages 2017” shows income taxes on wage earners in New Zealand are among the lowest of the 35 OECD countries surveyed, but it’s important to note that GST, which hits poorer people the hardest, is not factored in, he said.

“But that tax burden needs to be much more progressive, staying low for lower earners, and expanding its reach to include things like capital gain, inheritances, financial transactions and rents on property and money.”

Mr. Malcolm said it was heartening to see more debate on issues like taxation this election year, because good tax policy is the best way of reducing inequality and, with wise spending, ending poverty.

“The bottom line is that no matter where we get our money — be it wages, investments, business, speculation — we should pay our fair share of tax, which in the end benefits us all,” he said.

LINKS:
The OECD report is here: