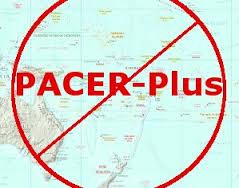 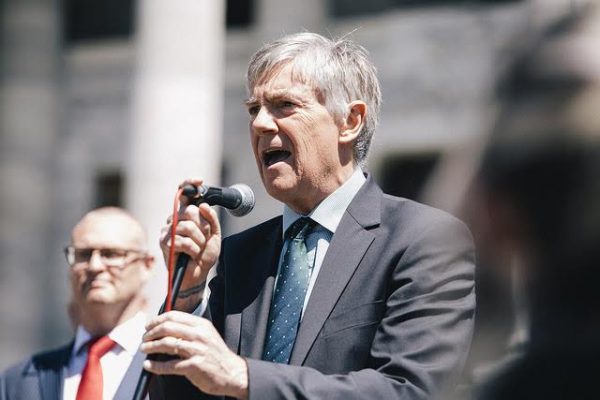 In the wake of the collapsed Trans-Pacific Partnership Agreement (TPPA), the New Zealand government has desperately chased new trade liberalisation deals, despite calls for a re-think of trade policy and the development of fair and sustainable agreements.

Twelve Pacific island nations have recently concluded a Free Trade Agreement (FTA) with Australia and New Zealand. This adds another to the 270 deals already agreed, forming a ‘spaghetti bowl’ of bilateral and regional agreements. As with some other FTAs, the details of the agreement have not been revealed to civil society or Parliamentarians, and there has been no independent assessment of the likely impacts on the people and communities of the Pacific.

PACER started as the Pacific Agreement on Closer Economic Cooperation in 2001. It has been controversial over many years, and the Pacific island nations have resisted being pushed into an agreement that is not in their interests. Eight years ago, it was re-branded as PACER Plus, with the implication that it would be good for the Pacific.

In fact, the common elements of the agreement are similar to most FTAs. They include liberalisation through reducing tariffs (with some flexibility for the vulnerable economies of the Pacific), removing conditions on trade and investment, deregulating the economy, promoting privatisation, and locking these provisions in for the future. These are the elements that form most of PACER Plus, showing that the agreement has been shaped more by the advantages to Australia and New Zealand exporters than the aspirations of the Pacific’s people.

A problem is that the largest economies, Papua New Guinea and Fiji, have not agreed to the package. This undermines regional cooperation across the Pacific, an aim long supported by NZ and Australia as well as the Pacific Island Countries Trade Agreement (PICTA) and the Melanesia countries’ trade agreement.

The agreement need not have been a reciprocal Free Trade Agreement that imposes restrictions on the political and economic choices that the Pacific makes. PACER Plus replaces a trade agreement (SPARTECA) that has in the past provided benefits for the Pacific without a liberalisation ‘straightjacket’.

An Oxfam research paper PACER Plus and its Alternatives showed that Australia and New Zealand could have helped the Pacific through changes such as making rules of origin more flexible or making it easier to meet biosecurity regulations. For example, Australia could have rescinded their ban on kava, despite ample evidence that kava is a non-toxic relaxant, often sold as a health supplement. Australia could also have allowed the Pacific to export a range of tropical fruit that are currently restricted or unable to gain biosecurity pathways.

Australia and New Zealand could also have made future commitments to issue visas for more Pacific workers instead of backpackers on working holidays. New Zealand’s seasonal worker scheme has been popular both with horticulturalists and Pacific workers. The money they save from the picking season provides much-needed income for communities in the Pacific.

There could have been fairer rules for Pacific island sports. Australia and New Zealand have for decades taken rugby players into their teams and called them All Blacks or Wallabies. It is unlikely that these teams would have been nearly as successful without their Pacific stars. There has been virtually nothing put back into the Pacific through supporting sports for youth or enabling Pacific island teams to particulate in regional or international competitions.

Beyond all of these measures, if Australia and New Zealand really wanted to support the Pacific, they would have reduced their greenhouse gas emissions. Climate change is a massive problem for the Pacific, not only in the future, but now as shown by a succession of cyclones, floods, sea swells, droughts, coastal erosion and salination of food crops. There are no commitments to the likely scenario of growing numbers of people who will be displaced by climate change.

As well as receiving few benefits, the Pacific will bear additional costs from PACER Plus. A major impact will be the loss of tariff revenue from reducing their tariff rates. This will reduce funding for social priorities like health care and education, a point made by the IMF. As the Pacific Network on Globalisation commented, “Cutting border tariffs in small Pacific nations deprives those governments of crucial revenue they could use for schools and hospitals, and trade deals like this one often encourage governments to privatise and outsource public services.”

There have also been concerns over the flexibility for the Pacific to build their local economies. These ‘infant industry’ measures were used by most OECD and emerging countries during their own development but they are restricted in PACER Plus. This was a key issue for PNG and Fiji. As the Pacific’s largest economies, they need to provide local opportunities for youth employment and building a viable domestic economy is crucial for their development.

The risks to health, environment and the economies of the Pacific was shown in a Social Impact Assessment undertaken by civil society organisations. A major test for PACER Plus will be the impact on small farmers . Farming and harvesting for family use is the dominant economic activity for the Pacific and has traditionally been a source of resilience and social equity. However, the adoption of a restrictive market model under PACER Plus will accelerate the push towards alienation of communal land and the commercialisation of social relations.

Traditional food crops are being displaced by cheap imported foods, undermining local farmers and contributing to health problems. The Pacific has some of the highest rates of obesity and diabetes internationally. In particular, the New Zealand government has mounted pressure, using trade agreements, to stop Pacific governments from restricting the import of unhealthy foods. There have been calls for New Zealand to stop exporting fatty foods to the Pacific, but these restrictions are not included in PACER Plus.

PACER Plus negotiations have lacked transparency and constructive engagement with civil society in the Pacific. While there have been some meetings with civil society, and information sessions to NGOs and business, the text of PACER Plus has not been made available to civil society, small business or Parliamentarians to understand what is being signed.

The New Zealand government is continuing to push trade agreements that are not fair and not sustainable, especially for vulnerable communities of the Pacific. The people of the Pacific need to be able to decide their own path forward, without the constraints imposed by the rules of economic liberalisation. There is still time before the scheduled signing of PACER Plus in June for independent assessment and a democratic decision-making process.
Barry Coates is a Member of Parliament for the Green Party, based in Auckland. He was Director of Oxfam New Zealand for 2003-14, and has worked for many years on Pacific trade issues, in collaboration with Pacific civil society.