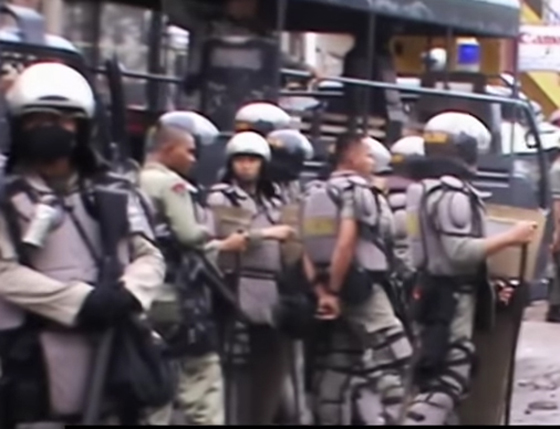 The blacklisting of Jack Hewson, a freelance journalist working for Al Jazeera, shows the Indonesian government’s paranoia towards foreign journalists.

The government should allow the foreign press to cover Papua. Preventing journalists from reporting the facts there is not a good testament on the claim of press freedom in Indonesia.

Hewson, who is based in Jakarta, planned to report on the Freeport issue from Timika in Papua. But after leaving for the Philippines last week, he learned that he has been banned from returning to Indonesia for no clear reason.

It transpires that the request for the ban came from the Indonesian Military (TNI).

According to the Immigration Directorate General, Hewson is suspected of “dangerous activities, endangering security and public order”.

What did Hewson do that was deemed to have endangered security? Was he not simply covering and writing reports about Indonesia like other journalists?

Was it linked with his plan to cover Freeport? Whatever the problem, blacklisting a foreign journalist without a reason or sufficient evidence is a serious violation of press freedom.

Two other French journalists, Thomas Dandois and Louise Marie Valentine Bourrat, were jailed for more than two months for covering Wamena while on tourist visas.

The government’s attitude towards foreign journalists damages the claim to press freedom in Indonesia. In the 2016 Press Freedom Index from Reporters Without Borders, Indonesia is ranked 130 out of 180 nations, below Cambodia and Timor-Leste.

Officials from the TNI and the Interior Ministry are too suspicious of foreign journalists. They seem not to understand the function and the role of the press, including the foreign media. Papua has been closed to the outside world for almost a quarter of a century.

Few foreign journalists have been able to travel there. Therefore, it is not surprising that many reporters from around the world want to take a look, especially since there are many problems there, from the Free Papua Movement to the Freeport debacle.

Preventing them from going there is inconsistent with the president’s policy.

The government has no reason to ban foreign reporters because Papua is not a military emergency region. Closing it off from the outside world will only make matters worse.

Rumours and fake reports will spread faster and be more credible if there are no professional journalists who can explain the truth about the province. There is no need for the government to react angrily when foreign journalists report negatively, as long as their reports are factual.

We no longer live in the New Order period, when the mass media was under the full control of the authorities.

The government should understand that negative or positive reports on Papua depends on whether the government can bring about prosperity and justice over there.