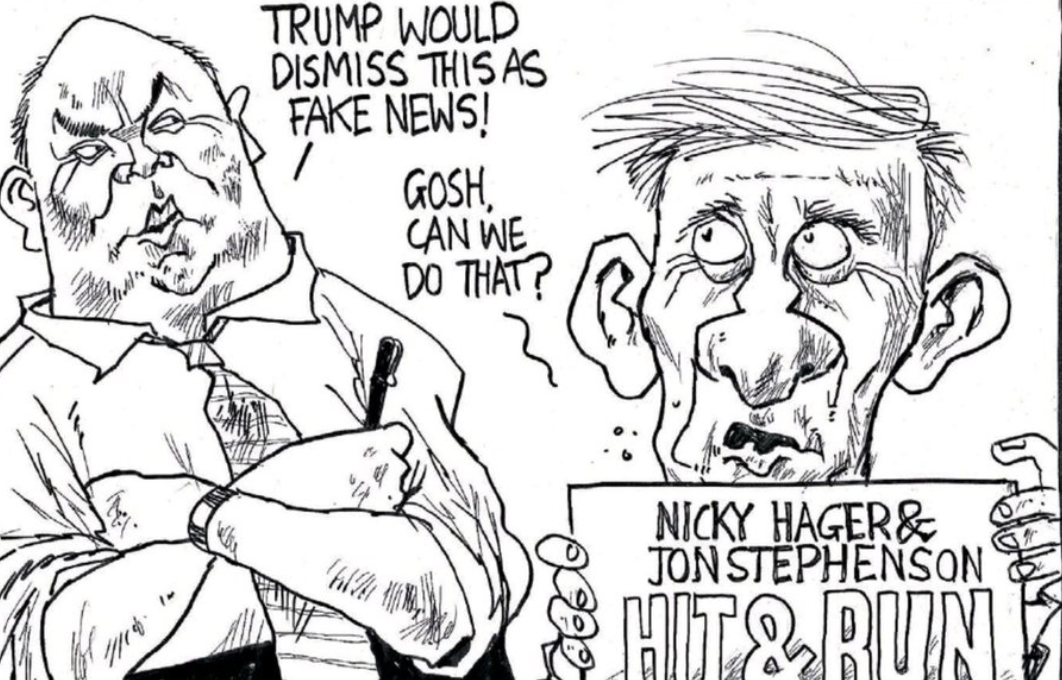 On 3 April, our esteemed Prime Minister, Bill English, announced that there would be no independent commission of inquiry into allegations of civilian deaths, injuries, and deliberately destroyed homes in a SAS-led raid in Tirgiran Valley in 2010. It was also alleged that a  prisoner was handed over to Afghan security forces where torture was a well-known interrogation technique.


“After considering [that] briefing, [General Keating’s] letter to [Defence Minister] Gerry Brownlee and viewing video footage of the operation, I’ve concluded there is no basis for ordering an inquiry.”

I trust the facts as presented.”

In effect, an instigator of an alleged crime – the NZ Defence Force – was asked to provide a reason to avoid an inquiry. The NZDF duly complied.

What did English expect, a full admission of wrong-doing by New Zealand forces in Tirgiran Valley? A written, signed confession?

Is this to be the new standard of accountability from National? That any allegations of impropriety is put to alleged offenders; they deny wrong-doing; and English accepts said denials without question?

Let us not forget that on 21 March, the NZDF responded to allegations of civilian deaths and injuries at Naik and Khak Khuday Dad with a flat-out denial;

“The investigation concluded that the allegations of civilian casualties were unfounded.”

Both statements are currently viewable on the NZDF  website.

By resisting calls for an inquiry, English has implicated himself in a possible cover-up.

There is no other way to interpret his words.

Email addresses for newspapers for other budding letter-writers wanting to express their demand for a Commission of Inquiry. (Maximum word-length stated in brackets)

Letter to the editor – Commission of Inquiry, NOW!