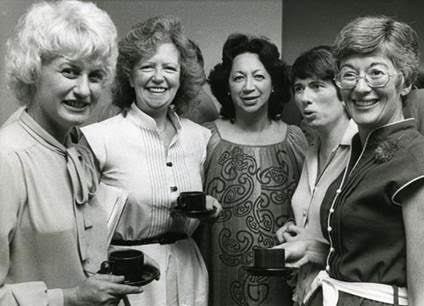 IT WAS ONE of the Fourth Labour Government’s more progressive initiatives, and its most productive outcome, the Ministry of Women’s Affairs, endures to this day. It was, however, an initiative that also ended up spinning out of control in ways that its instigators neither anticipated nor appreciated. Indeed, so aggrieved were Labour’s feminists at the outcome of their well-meaning experiment in “participatory democracy” that its most important political lessons remain unacknowledged and, for the most part, forgotten.

The election of the David Lange-led Labour Government in July 1984 provided the first opportunity for Second Wave Feminism to show what it could do with the full resources of the state at its back. Labour’s women MPs: Anne Hercus, Margaret Shields, Helen Clark, Fran Wilde, Anne Fraser, Annette King, Margaret Austin and Judy Keall, along with the party’s president, Margaret Wilson, were determined to make rapid progress for women after nearly a decade of government by, of and for Rob Muldoon’s “ordinary blokes”.

Pushing them forward was the Labour Women’s Council – a body which had grown rapidly, both in size and influence, since the late 1970s. The consciousness-raising effects of the violent misogyny experienced by women during the 1981 Springbok Tour further strengthened the feminist impulse within Labour’s ranks.

Significantly, these new recruits (many of them from women’s groups active on the nation’s campuses) brought with them the non-hierarchical, loosely-structured and “facilitative” political praxis of feminism’s second wave. Born out of the New Left’s embrace of “participatory democracy” in the 1960s, this welcoming political style was founded on the optimistic assumption that, subject only to their consciousness of patriarchal oppression being raised by their feminist sisters, all women were natural allies.

That this assumption was far too optimistic had been demonstrated decisively in the United States by the failure of the Equal Rights Amendment in 1982. What had, at first, looked like a slam-dunk victory for second wave American feminism had been stopped in its tracks, and then turned around, by the aggressive counter-attack of conservative women led by constitutional lawyer and right-wing activist, Phyllis Schlafly.

The sheer scale of the conservative backlash against American feminism should have been taken as a warning by Labour’s feminist MPs. It wasn’t. The Women’s Council simply refused to believe that New Zealand was prey to anything like the reactionary forces that plagued the United States.

In the context of the burgeoning strength of the feminist, anti-apartheid, Maori Sovereignty and anti-nuclear movements, the notion that New Zealand women might prove susceptible to Schlafly’s conservative arguments seemed preposterous. David Lange’s easy victory over Muldoon likewise appeared to confirm that the country was moving left – not right.

Buoyed by these convictions, the new Labour government, guided by its women MPs, was persuaded to set in motion a series of “Women’s Forums”. Open to all citizens, these consultative assemblies were intended to set the priorities for and structure the agenda of the new Ministry of Women’s Affairs foreshadowed in Labour’s 1984 Manifesto.

The first forums appeared to bear out the most optimistic assumptions of the Labour Women’s Council. Representatives from women’s NGOs like the YWCA and the National Council of Women, backed by women trade union delegates, eagerly advanced the stalled reform agenda of New Zealand feminism. A radical edge to the ongoing discussion and debate was contributed by the activism of Maori and lesbian women.

And then things began to go very seriously wrong.

In the words of gay and lesbian rights campaigner, Alison Laurie:

“Now, the election of the fourth Labour Government in 1984, which is when Fran Wilde comes to Parliament, brought about the establishment of the Ministry of Women’s Affairs. And prior to setting up this new ministry, the government had held women’s forums throughout the country which lesbians attended, and many women were alarmed by the presence of busloads of Christian fundamentalist women who carried Bibles and copies of the National Anthem, and who voted against abortion, lesbian rights and also against ratifying the United Nations Convention on the elimination of the discrimination against women.”

On one issue, however, radical feminists and fundamentalist Christians found themselves in perfect sororal agreement: pornography. They both wanted it banned.

It wasn’t enough. Participatory democracy, far from demonstrating that all women were sisters under the skin, had proved the opposite. Outside the funky enclaves of progressive inner-city activism; beyond the purview well-educated, Broadsheet-reading career women; there lay a vast hinterland of deeply-entrenched and easily-activated prejudice. Nor were these unsuspected masses of conservative women restricted to the rural and provincial bastions of the National Party. Feminists were just as few-and-far-between in the suburbs. Certainly, there appeared to be many more churches in these localities than consciousness-raising circles.

Shocked to the core, and fearful that if the forums were allowed to continue the progressive feminist agenda might end up being rejected by, of all people, conservative women, the Labour government hastily shut them down. Yes, progressive women had found themselves surrounded by a noisy and single-minded sisterhood. Unfortunately, it was the wrong sisterhood.

Between 1984 and 1990 the progressive feminist agenda was advanced. The Ministry of Women’s Affairs became a useful and productive reality. LGBTQI New Zealanders were liberated from their legislative shackles. Pay Equity (briefly) became a reality. But never again were the preferences of ordinary New Zealand women so openly and democratically solicited.

Sisterhood is, indeed, powerful – but only when your sisters can be relied upon to vote the right way.