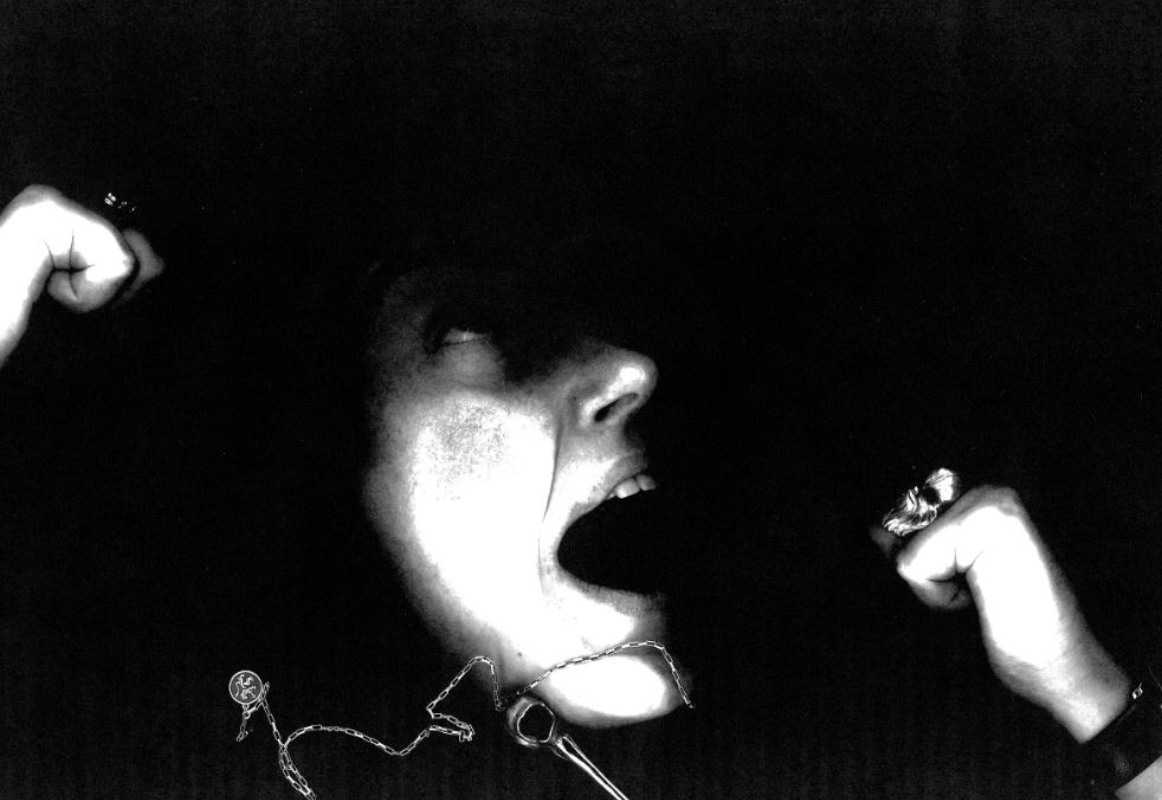 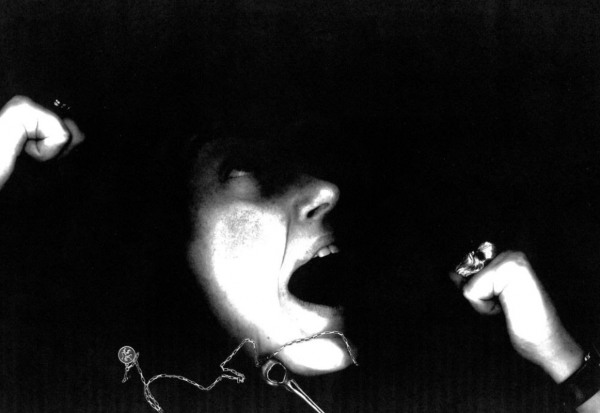 Auckland Fringe is hitting its stride with the most fringy line-up yet of 92 events, across 45 spaces and over 480 artists involved from Auckland, New Zealand and as far away as Shetland. From supermarkets to cat cafes to main stage theatres, Fringe is set to paint the town fluro orange from 21st February – 12th March 2017.

Under the new directorship of Lydia Zanetti, Fringe has returned to its roots. In the face of a lack of ongoing financial support, Zanetti looked to Auckland artists for guidance and they came back with a resounding “Yes, let’s do this”. This is reflected in a 64% increase in registrations for 2017. As such Fringe is doing what artists worldwide are so used to doing – pulling their socks up and getting on with it anyway. This is the Fringe that Auckland has been waiting for – the most anarchic and gutsy festival yet.

“In our current climate, with an upsurge in right wing politics and further repression, Fringe becomes even more vital. It’s a place for everyone to celebrate all forms otherness, to have the hard discussions and to make work that challenges, that charms and that sends audiences out into the world with a spark in their hearts.

A Fringe festival is also a major flagship for a fantastic arts community within a city and Auckland certainly has all the goods. These artists deserve a Fringe to showcase their work, to see international work and meet international artists, and to help reach new audiences. It’s a festival for the city to be proud of, and a great way for audiences to get excited about all the fantastic makers that call Auckland home.”
– Lydia Zanetti, Director of Auckland Fringe.

As well as a plethora of emerging talent, industry leaders have aligned with Fringe including Silo Theatre, Theatre Stampede, Malia Johnston & Eden Mulholland, award-winning Australian and UK acts including founding member of Edinburgh’s Forest Fringe Andy Field, comedians such as Laura Daniel and a podcast festival featuring The Worst Idea of All Time. With an eclectic and intriguing programme from arts precinct venues Auckland Live, Q Theatre and home of the Fringe Basement Theatre, as well as a region-wide selection of venues including Brothers Beer, Kingseat Hospital, Mangere Arts Centre, West End Rowing Club, Parnell Baths, Te Pou and Pt England Reserve; Fringe is set to be a truly Auckland festival with something for everyone.

Working closely with one of New Zealand’s top design agencies and huge Fringe fans Alt Group, Auckland Fringe has hit the streets with an all-new look. Featuring photocopied faces of Auckland’s top artists and entrepreneurs including Matthew Crawley, Chloe Swarbrick and Nisha Madhan, with a bit of DIY spraypaint attitude, Fringe will be hard to miss at bus stops and venues region-wide. The process was captured in collaboration with top Creative Production Company Monster Valley. Registrations and ticketing are once again being processed by fabulous local ticketing provider iTicket.

Fringe is all over the city and region in 2017. In Catacular dancers will perform with our feline friends at Auckland’s premiere cat cafe – Barista Cats. Previews are also available at your place (if you have a cat, of course). Down by Wynyard bridge and at West End Rowing Club watch out for The Floating Theatre – be inside it on the water, or watch the shadows from the shore. Start at Basement or Q and go on a gift-giving mission to the streets with just your phone for company with Edinburgh Festival Fringe Sustainable Practice Award short-lister Delivery #17. Or go on the personal audio adventure of a lifetime (while grocery shopping) in Binge Culture’s Enter The New World. Take to the pool with Wet Hot Beauties’ Sea Change, the Pt England Reserve in The River Talks, Leigh Sawmill with Jubilation Gospel Choir, The Spreading Tree with Hip Hop musical Prodigal Son The Musical or Garnet Station Tiny Theatre for a number of events including The Epidemical Existence of a Personal Malfunction at the Age of Twenty Something. Out at Kingseat Hospital live the experience with Once Upon A Mind; take back K Rd at Encore Cabaret with Coco for Rococo; or explore the underground bathrooms between Kitchener and Lorne Streets with Liminal Space.

THEMES: NOT YOUR CLASSIC 60 MINUTES

Fringe events don’t need to be your typical theatre experience. In fact, they can be whatever they want – as these events show. Basement Theatre has programmed 22 artists across 3 weeks in their Performance Salon. The space will be live from 6 -10pm, and audiences can come in and out as they please. Composure takes over The Actor’s Program’s new space Samoa House on K Road, for a 12 hour durational dance experience. Stay for 5 minutes or 12 hours! At Beop Studios, Grace Maguire let’s you know that Your Smile Is Important To Me in her oral health information event. Sarah-Jane Blake takes carnival amusement games as her inspiration for interactive game Shoot the Freak, and Malia Johnston and Eden Mulholland welcome you into their innovative social performance event Rushes. Get your puppetry on in The Last Man on Earth Is Trapped In A Supermarket or see some international artists going head to head playing jenga and discussing their practice in Town Centre’s Town Meetings. Childhood memories abound with Akl Skipping Club in Aotea Square; see the beginning of a script and then comedians making up the end in Buffering Theatre; Shabbat Shalom and Thank You For Coming is a dining experience like no other; Darksong puts you in the dark with a choir, and NYC House Party Comes To Mt Roskill is well, just that.

After a predominantly theatre festival in 2015, Fringe is stoked to present a strong comedy selection in 2017 including Snort/ Funny Girls/ Jono & Ben stalwarts Laura Daniel, Eli Matthewson, Hamish Parkinson and Alice Snedden in Pilot Season; Thomas Sainsbury and Jason Smith’s teen-slasher musical Infectious; Brendon Green’s Humourism and Australasia’s number one trump impersonator Alexander Sparrow take on French Revolution-era pornographer Marquis de Sade in De Sade. In Little Empire’s Poddy Fest come experience live recordings of all your favourite podcast from some of NZ’s top comedians including The Worst Idea of All Time, Boners of the Heart and Walk Out Boys. Jayran Mansouri returns with Snowflake and a line up event in Giggle Nibbles at both Everybody’s and the Thirsty Dog.

Is Contemporary Performance and Live Art the most hashtagged art forms of 2017? Just you wait. Dance is also back in full force, as the backbone of Fringe in Auckland. Eliza Sanders’ Castles and Pedal happily fits into both categories. Dance/performance artist and Berlin-based Alexa Wilson makes her much heralded return with PechaKucha style 21 Movements in collaboration with photographer Nicholas Watt. Julia Croft premieres her new work Power Ballad after smashing Edinburgh with hit If There’s Not Dancing at the Revolution, I’m Not Coming; and Elijah Kennar’s Mea Tau six men dance extravaganza returns as a full length dance explosion. Josie Archer takes over Beop Studios with Josie’s Solo; Lydia Connolly-Hiatt is back from Melbourne with Dream Man; Malia Johnston is working with a huge selection of Auckland’s top dancers and artists for performance installation gallery Rushes; for lots of slick moves get along to Artimus or Momentum Productions’ Synthesis, and VACANT.6 is slick moves contained within Silo 6.

VENUES ALIGNING WITH FRINGE INCLUDE: