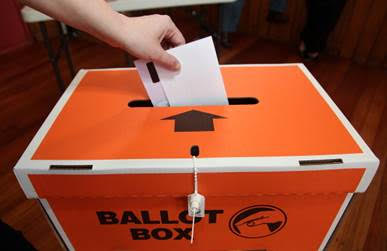 IT WAS THE LARGEST STUDENT DEMONSTRATION Dunedin had ever seen. Close to 10,000 students had marched the length of George Street and half of Princes Street to completely fill the Exchange. I was just one of many speakers on that overcast day in the winter of 1989. Most of these chose to declare their opposition to the fourth Labour Government’s imposition of student fees in as few words as possible – but not me.

Speaking on behalf of the NewLabour Party, I felt obliged to spell out the realities of tertiary education funding. I told them that they could have free education or low taxes – but they could not have both. If the wealthy refused to pay higher taxes, then students would have to pay higher fees. If the middle class (i.e. their family) was serious about keeping young people (i.e. themselves) out of debt, then they would have to vote for a party that was willing to restore a genuinely progressive taxation system.

My party comrades were less than impressed. But, the experience taught me something even more important than “never try to reason with a crowd”, I learned that Rogernomics had unlocked something ugly and selfish in older and younger middle class New Zealanders alike. In the minds of those 10,000 students – the people we would come to know as “Generation X” – a free tertiary education was simply their entitlement. The notion that, by accepting this entitlement, they had enmeshed themselves in a complex system of reciprocal rights and obligations made them very angry indeed.

For the fifty years that followed the Great Depression and World War II the idea that older New Zealanders could somehow be absolved of their responsibilities toward younger New Zealanders, and vice versa, would have been regarded as absurd. People simply accepted that living through periods of paying taxes to support others, as well as periods when the taxes of others would support them, was what made a fair and decent society possible. Society benefited enormously from a well-educated and culturally enlivened citizenry. It also benefited enormously by making sure that every older citizen could live in security and dignity.

Through a process of trial and error, spanning many decades, New Zealand discovered that the best way to preserve the security and dignity of its older citizens was to pay them what amounted to a universal basic income. Regardless of gender, ethnicity, sexuality or social class, every New Zealander over the age of 65 is guaranteed a modest income from the state. NZ Superannuation has played a huge role in reducing the incidence of poverty among elderly New Zealanders. Its universality makes it both cost effective and sustainable. Providing the progressivity of this country’s tax system is restored, it is also entirely affordable.

Not surprisingly, those already in receipt of, or about to receive, NZ Superannuation are determined to preserve it. Politicians have been taught, over successive elections, that messing around (or even threatening to mess around) with “Super” is a sure-fire way to lose, or be kept out of, office. Elderly New Zealanders have used their votes to great effect in this regard. Rather than castigating them for doing so, young New Zealanders should learn from their example.

Because it’s simply not the case that older New Zealanders have devised something special for their own benefit at the expense of younger, more deserving, Kiwis. On the contrary, NZ Superannuation is the sole surviving significant remnant of the universal social welfare system that successive New Zealand governments have been attempting to destroy ever since Roger Douglas kicked off the neoliberal “revolution” in 1984. The only reason “Super” has survived is because , election after election, hundreds-of-thousands of its supporters have made their way to the ballot-box and voted to keep it.

Rather than urging young people to riot against the cost of the NZ Superannuation system (and thereby achieve the neoliberals’ objectives for them) those in search of a more just society should be spelling out to their contemporaries the clearest political lesson of the past 30 years: that if you want a fair and decent society, then don’t boo those who advocate for a system of reciprocal rights and obligations – vote for them.