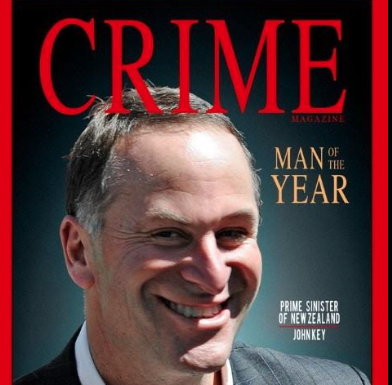 An astounding claim late this week from Kim Dotcom that appeared on a  news blog that few will have heard of has been ignored by the mainstream corporate media in New Zealand. The claim is that 2 terabytes of information has been hacked or ‘leaked’ from the National Party and that it will appear in the 2017 election.

To date the mainstream media have done a terrible job of actually investigating why John Key suddenly resigned. Kim hints that this hack will shed light on that.

The SpinBin is an interesting place for Kim to make these claims as it has deep connections with the Anonymous and Occupy movements which gives it a huge credibility amongst the online activist community.

I think the hacking of the Panama Papers, Democratic Party and this possible hack of the National Party are far more likely to have come from the post Snowden online activist community sickened by 5 Eyes and corporate power than Russian attempts to influence the US elections.