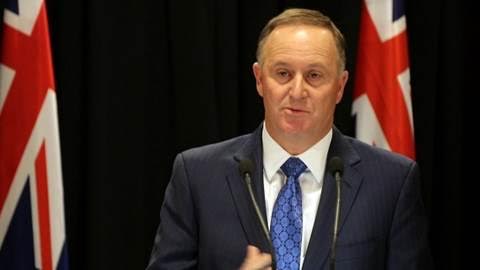 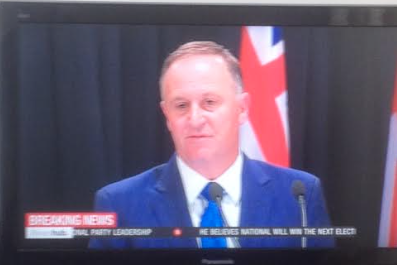 Prime Minister John Key’s sudden resignation has created a flurry on the surface of NZ politics. Left, Right and Centre are writing political obituaries about his “legacy”. Legacies refer to what politicians have done to establish their reputations in history. But what are the hidden assumptions behind the evaluations of political reputations? Unless these assumptions are tested and critiqued, John Key’s actual historic role as an agent of the international finance capital cannot be understood.

As usual the Left is wallowing in superficial chatter. Key’s reputation is as a smooth operator who kept a fragile coalition majority lined up over a 3-term government. Therefore, his departure becomes an opportunity for the opposition to improve their chances of winning in 2017. Little has to “step-up” and Labour-Greens plus a rejigged Mana/MP combo, and even a ‘populist’ NZ First, could combine to form the next coalition government.

Much of the Left’s animus is directed at Key as if he was personally responsible for the failure of the left to win support and remove National from power. This means the left failed because they could not put up a leader who could compete with Key’s popularity. So the Left sees their failure as the direct consequence of Key’s success in winning the “middle ground”. Yet Key’s success can only be explained by the way he represented the interests of his class, not his personal attributes in attracting voters. And that can only be explained by first acknowledging what those class interests are.

Of course, this is equally true of the Left’s representation of class interests. And we have always argued that the true difference between Key and his various Labour, Green and NZ First leadership rivals, is that Key understands and knows how to serve his capitalist class masters, while the Left continues to subordinate the interests of working class to those of the capitalist ruling class by appealing to a classless “middle NZ” or the “middle class”. We will develop this point in the section ‘Left Opposition in Capitalist Politics’ below.

As we have argued in before, bourgeois democracy is a false representation of reality. It presents capitalism as based on the equal opportunity of sovereign individuals who delegate their sovereignty to their political representatives in parliaments or congresses where they legislate to manage the economy in the supposed ‘national’ interest. Thus, the exploitative capital relation based on a fundamental class inequality in the ownership of property, and the conflict and crises that result, are obscured by the fetish of ‘representative democracy’ based on the will of sovereign and equal individuals.

Politics therefore is an extension of economics, where parliament is no more than a “committee to manage the affairs” of the ruling capitalist class. The best capitalist politicians are ‘selected’ (trained, co-opted) to manage those ruling class interests. They do this in two ways. The first is the use state power to advance, protect and subsidise private property and the production of profits. Second, is the role of political leaders to manage the destructive social consequences of capitalist economic policies upon the working class, broadly defined.

In simple terms the success of Key in managing capitalism then comes down to his performance in advancing the conditions for economic growth on the basis of profitability, and presenting the growing social inequality arising from this as no more than the failure of individuals to make the best of their opportunities in the market. The radical critique of “crony” capitalism does not penetrate this veil either because it implies a “non-crony” or egalitarian capitalism as the Left alternative to the ‘capture’ of capitalism by “cronies”.

To assess Key’s performance in serving not just his “cronies” but internationalist finance capital, we have to understand both the place of the NZ economy in the world capitalist economy and the state of the world economy as a whole. These structural conditions determine the tasks of managing NZ capitalism, and Key’s success or failure, as with all politicians, as a political manager. For an analysis of why Trump cannot overcome the Terminal crisis of capitalism or suppress the social conflict it creates without turning himself into a Louis Bonaparte-type dictator, see “Trumped, Stumped and Dumped”.

The difference between the US and NZ is that the former is an imperialist state while NZ is a semi-colony of the US and, in the 21st century, of China. China, along with Russia, is now part of an emerging imperialist bloc in competition with the US-led bloc. In relation to the US and China, NZ has an economy that is integrated into the global economy as a producer of mainly primary produce and tertiary services wide open to foreign investment, ownership and control. Trump’s task to overcome the decline in US imperialism means making weaker imperialist powers such as China, and the neo-colonial countries like NZ, pay for the crisis. This is turn determines the task of neo-colonial or “comprador” capitalists like Key to act as the agents one or other imperialist countries.

When most of the NZ Left shares the superficial view that NZ is a minor imperialist power, why do we insist that NZ is a neo- or semi-colony? We can only summarise NZ’s capitalist evolution here. For a fuller Marxist account see The Evolution of Capitalism in NZ. NZ from the time of its settler colonisation has always been some form of colony dominated by imperialism. The extraction of surplus from agriculture etc. and the export of raw materials, consigned the colony to underdevelopment, rising inequality, and finally a shift from protectionism to the neoliberal counter-revolution from the mid-1980s until today. Rogernomics called for a new comprador class that rejected economic nationalism as no longer in the interests of international finance capital. From that point on, NZ deregulated its protected market to open it to the global capitalist economy.

A new set of politicians committed to neo-liberalism, or its Left “third way” variant were now thrust forward to manage the deregulated economy. John Key inherited the neo-liberal legacy of managing a neo-colony a full 20 years after the neo-liberal turn in 1984. He was uniquely suited to that task as no other National Party leader had his background in international finance. This is why some of the conspiratorial Left have seen him as an agent of Wall St, and this may well be behind Winston Peters’ response to Key’s resignation that he jumped ship before the ship hit the fan. Key represents international capital and knows that NZ is not a healthy, Rockstar, capitalist economy facing a global economy about to crash. NZ is a fragile, dependent economy for which Terminal Crisis will pose a new set of tasks, complementary to those of Trump, of making NZ neo-colonial workers and working farmers pay for the crisis with their livelihoods and lives. Key’s resignation is a statement that he doesn’t want to lead that fight.

Instead of basing its strategy on the demise of Key freeing up the “middle ground”, the Left Opposition should rethink its bourgeois assumptions about politics. If Key is an agent of international finance capital, and performed well in advancing its interests, then the Left Opposition policy should counter-pose the interests of those who work for a living and produce a program that fights finance capital. We don’t mean by ‘finance capital’ Wall St speculators, but the Marxist definition of the fusion of banking and productive capital. Instead of playing its classic role of boosting illusions in a reformed capitalism, the Left should understand that the coming economic crash fused together with abrupt climate change has exhausted the potential for capitalist reforms. In the face of Terminal Crisis, we need a Left Opposition that turns to socialism to solve the crisis.

The Left has to give up on the failed utopia of Social Democracy, and more critically, bourgeois democracy serving all citizens and nations equally. The history of bourgeois democracy is that it acts to defend capital and prevent the independent mobilisation of the working class internationally. Worse, it softens workers up for fascism and imperialist war. The delusion that class can be legislated out of existence has to be exploded. The Left has to overcome its failed legacy of reforms now destroyed by the neo-liberal counter-revolution, and go forward towards the working-class majority building its own organisations outside parliament, and increasingly committed to overthrowing the capitalist state and the ruling class it represents. This is what we mean by Survival Socialism!

For a Workers’ Government, capable of expropriating capital and building a socialist economy and society as part of a Pacific Federation of Socialist Republics!