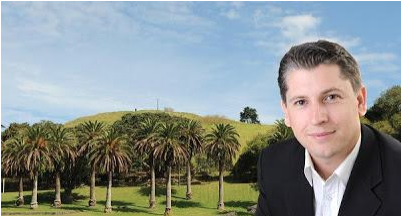 There are two general schools of thought as to what Michael Wood’s rather stunning victory in Mt Roskill over the weekend might mean. The first of these is the predictable National Party supporter (or, perhaps, anti-labour churl) who boldly proclaims that the result means nothing. That Mt Roskill was ‘always’ going to be won by Labour, on grounds that it’s allegedly a Labourite “safe seat” – and that therefore, there is nothing serious to be gleaned from a 66%-25% crushing defeat for National.

The second group is made up of those individuals – myself included – who see it altogether the other way around. That what Wood has pulled off in Mt Roskill does, indeed, suggest a weakening (however slight) of National’s overall stranglehold upon the hearts and minds of the broad mass of ‘Middle New Zealand’ voters – and that, if nothing else, the Labour Party’s electoral appeal and party apparatus aren’t quite terminal yet. If properly motivated and deployed – they’re still evidently more than capable of propelling positive results.

But there is a third area to consider – that of the grander and macroscopic strategic import of what we’ve seen over the course of this campaign – which doesn’t neatly fit into either interpretation above.

It is to there that we shall now turn.

Probably the most important revelation to be had from National’s drubbing is that the “Ethnic Strategy” which the Blue party has pursued for quite some time now … is rapidly reaching its limits.

This is not a phenomenon that has exclusively been confined to this result, but instead forms the terminus of a pattern which we’ve previously seen sketched out across a number of other contests – particularly at the ‘local body’ level earlier this year. At the time, it was much commented upon by the organizers and co-ordinators of the local National franchisee-satrapy ‘Auckland Future’ that they were making a concerted effort to bring Pasifika candidates to their slates in a bid to ‘reach out’ to less traditional National voters. This was probably a natural continuation of their efforts in 2014 – wherein a certain rather outspoken National candidate by the name of Misa Fia Turner (who’s once again been making waves for what we can charitably call … peculiar pronouncements, on grounds that she’d have been an MP in the unlikely event of Parmar’s winning due to her list placing) made a concerted attempt to brand John Key as an ‘anti-gay marriage’ option for more conservatively minded Pasifika voters in South Auckland at the last Election. (a stance which was, needless to say, almost entirely at odds with reality)

The results from the aforementioned previous 2014 General Election outing of the “Ethnic Strategy” were … not entirely unencouraging. True, in places like Mangere and Manukau East, National made gains – but at somewhere between one and three percent gains apiece against entrenched Labourites on severely high pluralities still hovering around the seventy percent mark, it would be a bit of a stretch to state that it produced “dividends”.

A better test for the strategy’s relative merits came earlier this year with the Auckland local body contest. Here, at the Council level we saw several defeats for National’s ethnic candidates – with, for instance, the two Pasifika contenders put up in the Manukau ward by Auckland Future managing to come in at around two thousand votes between them fewer than former National MP Arthur Anae’s 2013 run result. [5,550 and 5,304 as compared with 12,961 – for those of you playing at home]

The situation does not exactly improve when we consider the data to be gleaned from the Local Board contests, either. In each of Henderson-Massey, Waitemata, Whau, Puketapapa, Mangere-Otahuhu, Papatoetoe, and Otara, Auckland Future (or other National-controlled tickets) put up ‘ethnic’ candidates – and watched them lose. Now this doesn’t necessarily mean that the constituencies in question are either passively or actively inimical to being represented by local politicians of Pasifika, Asian, or Indian extraction. In fact, the results in several of these seats would directly contravene such an inaccurate contention.

But what it DOES suggest is that National (and its allies) are going to face an ongoing difficult circumstance by persisting in attempting to sell their right-wing politics through faces not dissimilar from those out there suffering in the community.

And this handily brings us back to Mt. Roskill.

Right throughout the campaign, the National Party attempted to bank hard upon their candidate – Parmjeet Parmar’s – ethnic background. A cynic might go so far as to suggest that this was at least partially because the candidate in question was perceived as having comparatively little to offer to the prospects of victory other than this (a background as a neuroscientist is certainly impressive … but I’d be somewhat surprised if it were found to have motivated even a single pen upon a single ballot in her favour).

This got to the point, a few days ago, wherein Parmar implicitly suggested that Michael Wood’s status as a white male would render him effectively unable to perform the representational duties of an MP for that electorate due to its diversity. (Wood’s response was almost perfect – noting that with a bewildering array of different ethnicities represented within the corpus of the constituency, it would be blatantly impossible for any one individual to adequately encapsulate all the diversity of that Seat … and that instead, Roskilllians would demand competency as the main rubric by which to assess the worth of their prospective MP. Evidently, that’s exactly what happened.)

But there is one very good acid-test for any political strategy: whether it delivers the goods on polling-day.

By pretty much any rubric of success which you care to name, what National’s attempted here hasn’t worked.

Maybe they didn’t have to ‘win’ in order to appear successful or credible. Maybe (as an astute mind from my own Party noted), all they had to do was not lose *too* badly to chalk up a (moral) victory.

They did neither. Parmar’s votes are less than the margin of victory which Wood won by. As a proportion, she’s gone markedly backwards from her previous 2014 showing in the same electorate.

All the talk from National-aligned folks (and a poking, prodding, probing, pustule-piercing media) that the seat being held by Labour at the last election was purely a function of Phil Goff’s personal credibility, with National winning the Party Vote by more than two thousand indicating that it wasn’t ‘safe’ and was, in point of fact, ‘winnable’ (perhaps with the ‘right’ candidate) … has evaporated like shadows afore the sunlight or cobwebs in a whirlwind.

Earlier this week, the Prime Minister was peevishly proclaiming that a defeat in Mt. Roskill would be “Terminal” for Andrew Little.

Given the result … the only “terminal” in question would appear to be the one Little promised for a light-rail system running out to the suburb.

It will be interesting to see what National elects to do in the seat (or, for that matter, with its ongoing “Ethnic Strategy”) at next year’s General Election.