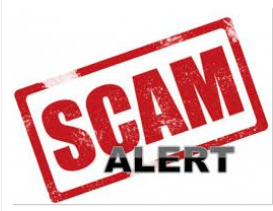 When you consider the position of the Greens on immigration as little as 4 months ago...

Cracks are opening in the Labour-Greens relationship as the Green Party distances itself from calls for a tougher stance on immigration.

Labour leader Andrew Little wants the Government to cut back the number of foreign workers allowed to come here.

“I think turning immigration into political football in terms of the effect it’s having on the Auckland housing crisis is damaging, and I think that really tears the fabric of New Zealand society,” says Mr Shaw. “What we want to do here is have a very calm and rational conversation about it.”

The Government’s target of between 85,000 and 90,000 a year for the next two years has been criticised as a token gesture.

Green Party co-leader James Shaw told TV3’s The Nation a sustainable policy should be based on about 1 percent of population growth.

“We think that the country needs a more sustainable immigration policy, so what we’d do is set a variable approvals target based on a percentage of the overall population. That would be at about 1 percent of the population, which is historically how fast New Zealand’s population has grown.”

…’sustainable immigration’ has a great ring to it and it shows the Greens have had some soul searching on the issue, the same way Labour have.

For the Greens the issue is sustainability in every sense, for Labour the issue needs to be about exploited migrant work forces.

Here is the grim truth about our current immigration settings. It’s not the 70 000-90 000 who become permanent residents that we need to be concerned about and it’s not their families joining them that we need to be worried with either, the real problem is our scam work/study visa scheme that sees 250 000 desperate students coming to NZ for bullshit ‘education’ programs that end up as bonded servitude with exploitative employers who hold onto their passports.

These 250 000 work hard jobs, many on less than minimum wage and pay tens of thousands for education schemes that are glorified english courses all for the promise of becoming permanent  residents.

NZ makes huge money in the education sector and are able to push down labour costs by having a servant class. This huge number of course puts massive pressure on housing, public transport and social infrastructure.

We are exploiting huge number of migrants and then have the audacity to complain about them being here.

We need to stop exploiting these people and stop promising them permanent residence via education. If they wish to come here for education, fine, that’s their decision, but putting in place the pathway from education or employment to residency is exploitative and creating huge pressures on an infrastructure that can’t take anymore.

The only winners here are the greedy exploitative bosses and a Government needing cheap immigration to keep the economy afloat.