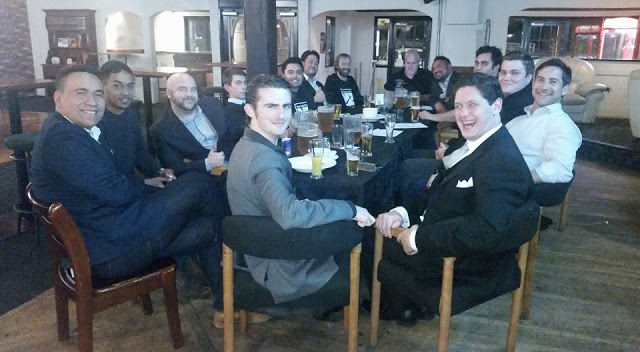 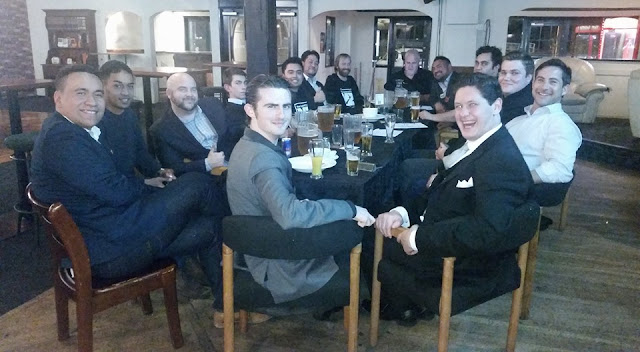 One of the unique privileges of my position in the NZ politisphere is that I straddle two worlds. I’m a commentator and purveyor of insight – but I’m also a card-carrying member of one of New Zealand’s most interesting (yet inscrutable) political parties.

Every so often, I get to bring the two facets together and write pieces which provide a depth of illumination on New Zealand First which you simply don’t often see elsewhere in the media. Particularly when it comes to the happenings, movings and shakings of our annual Party Convention.

The internal intrigues and evolution of NZF make for fascinating material. This is especially the case given that i) information is often kept rather carefully controlled by the Party itself; and ii) even when things do come out, the Media rarely has much interest in reporting upon goings-on inside the Party unless they’re overtly and outrightly scandalous.

Starved of augury, then, both people and politicos almost inevitably just buy into the staid old spin that there is little to New Zealand First other than one Winston Peters; and that it is upon his mighty, craggy shoulders which our success or failure largely if not entirely depends.

As I’ve attempted to set out in a number of pieces published here over the last two years, nothing could be further from the truth – even if once upon a time the situation might have borne a slightly closer resemblance to this than it does now.

But why am I indulging in a lengthy prosody and prologue? Because it’s important to set the scene for my coverage hot from the halls of 2016’s New Zealand First Convention down here in Dunedin. I don’t know what the media are going to focus on this time (other than the seemingly-inevitable shots of some of our more venerable and snow-haired veteran members deliberately focused on for the nightly news), but I’m willing to bet there will be much talk about Winston, Winston, Winston as we gear up for the 2017 Campaign.

Fair enough. Except what experienced Party observers will be seeing over the course of the weekend is something quite different.

It’s a Party which has well and truly come of age.

Earlier in this piece, I stated that – while never entirely true – the perception of NZF as a Winston-centered organization was once more true than it is now. This is not to be taken as a condemnation of some sort of Soviet-style, Bolivarian or North Korean ‘cult of personality’ – but instead, as a simple recognition of organizational fact. Throughout our long years in the wilderness from 2009-2011, and for a good chunk of the 2011-2014 Parliamentary Term, there simply wasn’t anyone else (or at least, very many people) with the same depth of political experience and sheer know-how in the operation as Winston. We often went through him to get things done not because he’s some sort of autocrat … but because he was the hardest worker, and the ‘go-to’ guy for telling you how to make something happen in the best, most efficacious way possible. I miss having his personal guidance.

I spent almost half a decade on New Zealand First’s Board of Directors, and particularly with the way things were set up around Parliamentary Services doing a lot of the heavy lifting for outreach materials, communications with members etc., it could often feel like a bit of a skeletal (but definitely vital and oft-vibrant) organization.

But all that’s started to seriously, SERIOUSLY change over the last year or so since our 2015 Convention, leaving NZF now feeling much more like an established, orthodox political party. And while Winston (and the other MPs) obviously deserves credit for trooping up and down the country to fill community halls and keep a steady stream of new membership signups coming in … the man who clearly and obviously deserves a huge share of the credit for this quantum sea-change in how we are as a Party is none other than current (and then recently-elevated) New Zealand First Deputy Leader Ron Mark.

In my coverage of last year’s NZF Convention, I took particular note of Ron’s speech and how he outlined a serious development-plan to get NZF match-fit for the next Election. It seemed obvious then that a man with his particular organizational competencies drawn from a lifetime of service in various armed forces would have the knowledge, lateral thinking and wherewithal to help actually build genuine Party Infrastructure going forward for our own unit. I am inordinately glad that the last year worth of internal developments have proven me right on this score.

Thanks to Ron and his (our) team of quality Board members, our Party organization now does more than ever before. Clearly, some of the elections to same which were made thirteen months ago were wise choices. Brent Catchpole has brought a welcome competency to the office of Party President over this time since winning big in Rotorua last year; although if there’s one Board member whose performance I particularly wish to highlight, it’s that of Acting North Island Vice President Julian Paul.

Julian was elected onto the Board at the same Convention, and wasted no time in energetically pouring himself over just about everything which needed doing across the entire Party. Under his aegis, we’ve started once again setting up proper digital infrastructure (something previously seen as rather controversial three years ago during my own tenure on the Board where I attempted to push similar) – as well as better ways to organize, grow and utilize membership. That last point might sound a little boring … but thanks in no small part to him, we have several new ‘electorate hubs’ with the capacity to mobilize scores of volunteers and do things like organizing the Winston meeting I attended out in Papakura earlier this year which attracted so many (non-Party) people that you literally had a rapt audience standing out in the hall’s carpark to hear our Chief speak. They’re intending to do the same thing several more times in the run-up to the next Election, and drew a crowd of several hundred at a recent meeting in Manurewa held as a followup. We simply didn’t really have that capacity to engage in sustained, concerted (pre-)campaign efforts before. I certainly hope he wins election to the NIVP position on Sunday. It is a great record of operation to continue.

(And if you want to see a little tangible visual evidence of the sort of changes wrought inside NZF … ask yourself whether the cover photo of this piece – which depicts a debrief meeting of activists immediately after that Manurewa event looks anything like what you’d imagine a collection of NZF folk to be. The lowering of age demographics and increasing of diversity of those involved has been a trend consistently mirrored across the entire Party)

Now I could wax lyrical about the contributions which Board candidates like Robert Monds (one of my NZ First Youth comrades from back in the day) or Mark Thomas have already made; but suffice to say it’s much in-line with the above. That is to say, helping in integral ways to build an actual, modern political party that’s taking serious steps (like any good adolescent should) towards being future-independent of its illustrious progenitor.

Because that’s going to be the Real Story of this Convention. The continual shoring up of the impressive team which has helped and will help Ron to lead New Zealand First on into the next phase of our independent development.

You probably won’t have seen this transition through NZF’s outings in the media. They tend to focus upon Winston and Parliamentary derring-do. But behind the scenes, there has been an ongoing serious evolution carried out by the names cited above and many others towards a Party that’s basically unrecognizable on the inside from the phantom revenant I first washed up in all those years before.

Long may the Revolution continue.

Even if it’s not necessarily televised 😉