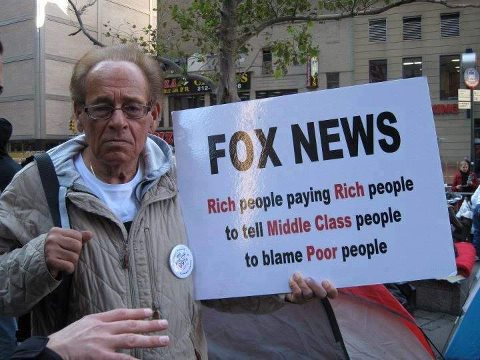 After the last election, I argued that New Zealand had become a one-party state. National’s electoral dominance and John Key’s dominance of the party political landscape was complemented by the Labour Party’s oppositional shortcomings (Daily Blog, One Party State, 24 September 2014). They seemed incapable of assembling a coherent, costed social democratic programme in defense of social equality, public services provision, economic sovereignty and environmental sustainability. Strategically, this would have required Labour and the Greens to develop a common platform on the central issues of equitable taxation, employment creation, housing affordability and climate change mitigation.

In broad outline my critical analysis still holds up, although there are some positive signs. The National government and John Key himself are looking more vulnerable. And, a coordinated inter-party opposition looks more possible now than before the last election. One party states require a compliant media. Back in 2014, I stated that “Newstalk ZB, Radio Live’s Sean Plunkett and TV3’s Paul Henry operate like mini Fox News outlets reproducing the neoliberal outlooks and prejudices of the Party”. Well, since then, matters have worsened considerably. Within Mediaworks alone, television current affairs shows have disappeared and news and current affairs staff have left or lost their jobs. Meanwhile, major daily newspapers shed staff as their parent companies (NZME and Fairfax NZ) integrated their newsrooms. More recently, came the announcement that APN & News’ New Zealand arm (NZME) was to be divested and then merged with Fairfax NZ. With no opposition likely from the Commerce Commission, the new entity will own every major metropolitan newspaper title (except for the Otago Daily Times), a slew of regional papers (Waikato Times, Manawatu Standard, Taranaki Daily, Marlborough Express, Nelson Mail, Southland Times) along with 52 community newspapers nationwide. This virtual monopoly over New Zealand’s newspaper market will form part of a much larger cross-media enterprise consisting of two major news sites (Stuff.co.nz, NZ.Herald.co.nz) and 130 plus radio stations (one half of New Zealand’s radio market).

In this scenario, NZME/Fairfax NZ will dominate the media landscape. Only three other corporate players would remain – Sky Television, the German-owned Bauer Group (owner of the New Zealand Women’s Weekly, Woman’s Day and the Listener) and, of course, Mediaworks, owned by U.S. private equity firm Oaktree. Their assets include TV3 and the other half of New Zealand’s commercial radio market. What we will have here, virtually speaking, is a one party media system operating alongside the one party state. So, why is this happening?

Well, firstly, New Zealand has no media-specific competition law. In Australia, and every other comparable country, there are at least some legal limits covering foreign media ownership, ownership concentrations in specific media sectors, and cross-media ownership. New Zealand is an outlier, a place where media corporations and their major shareholders are free to roam, without hindrance from any regulatory authority. Secondly, in these circumstances, the Commerce Commission will regard a media corporation as a business like any other. Furthermore, as Sean Phelan has pointed out in the online magazine Counterfutures, the Commission has, on previous occasions, ruled that monopolies need not be uncompetitive. This reflects the Chicago School of Economics’ view that market dominance “is less concerned with a company’s market share and quite relaxed about monopolistic features so long as technical barriers to entering the market remain low” (Phelan, “It’s neoliberalism stupid”, Counterfutures, 2016).  On this basis, the Commission could not rule against Telecom’s control of the local loop or, more recently, Sky TV’s virtual dominance of live sport television coverage in tandem with the replay rights on their Prime channel. In the latter context, the standard argument would now be that internet access to  live sports events precludes any conception of a monopoly. Internet company, Coliseum, has entered the market, therefore consumers have a choice of provider. Similarly, for the proposed NZME/Fairfax NZ merger, the general availability of different internet access points to news, sport and entertainment content will be emphasized alongside the prospect of commercial competition among mass media outlets and internet content providers. On this reading, monopoly or near-monopoly control over a specific media sector is of no consequence. In a converged media marketplace, it seems, consumer choice abounds and monopolies are non-existent. My own view is radically different. If the proposed NZME/Fairfax NZ merger proceeds, the following repercussions are likely. All of them threaten the public interest.

This is a pretty bleak picture. The aforementioned tendencies favouring one party media may well intermesh with the already prevailing activities of the one party state. Labour and the Greens must develop a shared policy platform on media competition law and funding for public interest media by the years end. In the interim, political and journalistic opposition will need to mobilize urgently against the deliberations and likely findings of the NZ Commerce Commission.