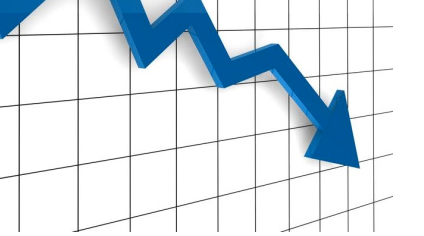 Continued from:  The slow dismantling of a Prime Minister continues

The gradual slide of John Key’s popularity continues with the latest TV3 Reid Research poll further evidence that Key’s once-impenetrable teflon coating has been blasted away by successive scandals; ineptitude from his Ministers; and worsening socio-economic indicators on almost every front..

After 2009, Key’s popularity began to experience “speed wobbles”, with fluctuation from low 50s, to high 40s;

From mid-2015, as scandal after scandal; growing reports of income/wealth inequality; and falling housing affordability began to impact on New Zealanders’ collective psyche, his support dropped from the 40s into the 30s;

The most recent poll, released on Tuesday 24 May shows Key’s popularity now in the mid-30s. This represents a 19.1 percentage-point drop in Key’s personal popularity amongst voters;

The  Panama Papers may not have been a “king hit” on the government as some on the Right maintain – but public perception of National’s inaction over tax havens, tax evasion, secret foreign trusts, etc, all created an image that the Nats were friendly to those “rich pricks” who rorted the tax system.

But the worst of National’s problems lay much closer to home than the Panama tax haven.

The housing crisis has become a Force 10 political storm in this country, and National has been seen to be sitting on their hands whilst people are crowded into garages; living in cars; and even the scion on the Middle Class bourgeois are becoming more and more locked out of the housing market.

So unsurprisingly, the same TV3 Reid Research poll showed in no uncertain terms where the public stood on National’s hands-off policy on housing;

Even National Party supporters have been unable to stomach the worsening housing crisis and the sight of fellow New Zealanders sleeping in cars.

National now finds itself trapped by it’s own free-market dogma. Historically, only Labour governments have built housing, whilst National busied itself selling off state houses; implementing market rentals for Housing NZ tenants (in the past); and otherwise leaving it to the free market to meet demand.

That “free market” has failed dismally, and attempts to blame the Auckland Council, RMA, and Uncle Tom Cobbly no longer wash with an increasing grumpy electorate.

The last time this blogger saw the public show such dissatisfaction with a National government was in the late 1990s, when Jenny Shipley was PM. That did not end well for her.

Whatever plans National attempts to pull out of the Budget Hat will be too little and too late. Unlike pumping extra cash into Vote Health, Vote Education, Vote Police, or Vote Conservation, the housing sector is a behemoth much akin to a huge oil-tanker. It is simply too large to be turned around in a short time-period.

If three Ministers (English, Smith, and Bennett) devoted to housing could not address this country’s ballooning housing crisis, then National has failed miserably.

Short of a miracle, this will be Key’s last term in office, and this country will finally be rid of the Teflon Man;

Polls and pundits – A facepalm moment