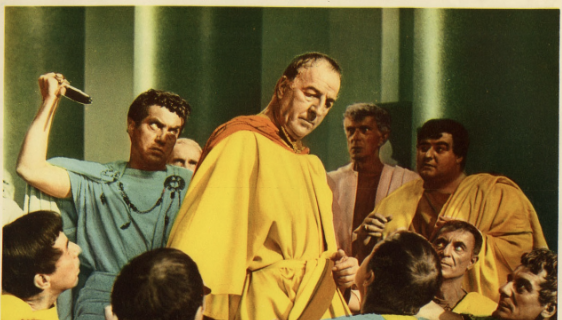 The Panama Papers continue to simmer and National’s greatest fear is that the public will link tax-dodging to the current government. (Up-coming political polls will be interesting to see.)  But that is not all that National’s hierarchy has to worry about.

Closer to home, National is facing “Third Termitis” and an increasingly cynical view of  the government and it’s leading figures – even from within.

Some recent ‘digs’ at  Dear Leader John Key by right-wing commentators – ostensibly friendly to National – are either miscalculations, or a subtle hint that respect for Key’s leadership style is waning.

On 2 May, National Party pollster and  apparatchik, David Farrar made a guest appearance on Jim Mora’s afternoon Panel (hosted that afternoon by Jesse Mulligan), on Radio NZ. Along with lawyer Mai Chen, they discussed the issues of the day;

“…foreign Trusts and how much the Prime Minister was involved in our tax laws.”

The issue of what Key’s lawyer – Ken Whitney –  said to then-Revenue Minister, Todd McClay arose amongst the Panelists, and host.

“We are concerned that there appears to be a sudden change of view by the IRD in respect of their previous support for the industry. I have spoken to the Prime Minister about this and he advised that the Government has no plans to change the status of the foreign trust regime.

The PM asked me to contact you to arrange a meeting at your convenience with a small group of industry leaders who are keen to engage to explain how the regime works and the benefits to NZ of an industry which has been painstakingly built up over the last 25 years or so.”

Key refuted that he had “advised that the Government has no plans to change the status of the foreign trust regime“;

“One of the members of the tax, that group, the foreign trusts, asked me about it. I said I haven’t got a clue what you’re talking about, I don’t think that’s right that there are changes, but go and take it up with the minister.

Subsequently there’s miles of paperwork that shows all the stuff he did, I had no other involvement other than that – it happens every day to me, people come up to me all the time and say ‘what about x or what about y?’ and I say take it up with the relevant minister.”

Bear in mind when this conversation took place: December 2014.

Key is clear in his recollection of the conversations he had with his then-lawyer, Ken Whitney, and then-Revenue Minister, Todd McClay;

Mr Key was insistent he made clear to McClay the connection between himself and Mr Whitney, when he alerted his minister to the approach from his lawyer about the trust rules regime.

“I’ve seen his comments, what he basically said was he couldn’t absolutely recall but it was two years ago but I absolutely told him – 100 percent.  It’s a few years with an oral conversation that lasted a few seconds but I definitely told him.”

Which is intriguing, as Key has a somewhat dubious reputation for having a shockingly bad memory of events that are uncomfortable for him to recall and discuss. Especially when journalists are present.

A particularly extraordinary example of Key’s inability to retain recollection of events took place in November 2014, when Key “forgot” a txt-conversation he had had with right-wing blogger, Cameron Slater;

“He sent me a text one time, but I can’t remember when that was.”

In fact, the txt-conversation with Slater took place only eighteen hours previously. Which resulted in headlines like this one;

When the issue of John Key’s memory and reputation for lapses arose, Farrar made this revelation;

“Oh I’m not sure I quite accept the assertion there. I found in my experience the Prime Minister has a remarkable good memory on things. There was – I had a conversation with him the other day on something, where he referred to ‘Oh I think there was something in January, um, 2007’, and he was right. It took me half an hour to look it up, but he remembered this thing, from what was it, nine years ago. So I think actually he generally has a very good memory, just not a perfect one.”

Farrar’s willingness to share this aspect of  John Key’s mental state is reassuring. It means our esteemed Dear Leader is not suffering on-set Alzheimers  Disease or any similar brain-debilitating condition, when he insists he cannot re-call an inconvenient event.

It just means Key is lying.

Thank you, David Farrar, for clearing that up.

The next person to offer a singularly unflattering insight into Key’s personality was right-wing commentator and a member of the neo-liberal cadré, Matthew Hooton.

Hooton has a regular 11am appearance on Radio NZ’s Nine to Noon show, where he offers his views from a right-wing, free-market perspective. He speaks frankly on a variety of issues-of-the-day and can be as highly critical of National; it’s policies; and leadership, as he is on the Left.

Hooton’s own investigation into  Murray McCully’s corrupt Saudi farm-in-the-desert deal should be required-reading for all New Zealanders, regardless of their political persuasions. As political scientist, Bryce Edwards wrote in May last year;

Perhaps the strongest views are from Matthew Hooton, who has two columns in the National Business Review (which have just had their paywalls removed). The first column, Gulf games fail to deliver, gives the background to the fallout between the New Zealand Government and Saudi Arabia, with Hooton largely blaming John Key. According to Hooton’s story, the Saudi businessman was led to believe that the incoming National Government of 2008 would resume live sheep exports.

Once in power, however, Hooton says that Key changed his mind on hearing that TVNZ would broadcast “a programme critical of live sheep exporting. In a panic, and fearing further criticism from the Green Party’s Sue Kedgley, Mr Carter was ordered by Mr Key’s media staff to go on TV and rule out any resumption of the trade, ever. This was later confirmed to the Saudis as New Zealand’s new position and negotiations ceased. Furious, Mr Al-Khalaf used his influence with the Saudi royal family to ensure the FTA was put on ice”.

Hooton’s second must-read column, Flying sheep endanger McCully, turns the focus to the Minister of Foreign Affairs, suggesting that his subsequent handling of the mess could lead to his sacking. Hooton suggests the whole deal is “implausible” in terms of the bizarre farming arrangements and partnership that the Government has established.

He doubts that the promised innovative “agrihub” will actually eventuate and “If not, people might start comparing Mr McCully’s dealings with Mr Al-Khalaf with those with Mr Roberts 15 years ago. For which Mrs Shipley sacked him”. Hooton says “Key’s nervous ‘yup,’ when asked if he had confidence in his foreign minister, betrayed concern over where the story may head”.

On 9 May, filling his regular slot on Nine to Noon’s political panel, Hooton voiced his views on the Panama Papers and how – in his view – our Esteemed Dear Leader was handling the growing scandal.

As Hooton discussed cleaning up the trust sector in New Zealand,

“That is despite his government’s obvious negligence in not legislating for greater transparency around the trust industry years ago, when reputable trust lawyers themselves were lobbying for it.”

– one particular remark caught my attention,

“… From talking to the people in the industry, is that some of the people I’ve been talking to, who’ve been using other consultants up till now I should say, they’ve been trying to lobby John Key on this issue since when he was Leader of the Opposition. And they’ve been wanting him to make the industry more transparent. And Robin Oliver [former head of IRD] was on Morning Report this morning and talked about this. And the people that I’m talking to anyway, they tell me that John Key’s consistently said to them, ‘Oh yeah, absolutely, totally agree, we must sort that out, yep, yep, the government will do that’.

But absolutely nothing has happened. And I don’t think that’s necessarily – there’s nothing corrupt about that. It’s how John Key rolls. It’s a refrain I hear from people in the business community, the education sector, the health sector, you name it, John Key always just sez to people what he thinks they want to hear, and there doesn’t seems to be any follow up.”

“John Key always just sez to people what he thinks they want to hear…”  – a very brief, off-the-cuff remark – but one which goes some way to perhaps explaining Key’s popularity with the public. Even those who might stand to be disadvantaged by his policies.

An example of occurred in 2008, during the PSA Conference, when Key made a firm committment resiling National from any future asset sales;

His speech can be viewed here.

“Yes, I support Unions, and I support New Zealanders’ rights to join unions. And no, we’re not proposing to change the Employment Relations Act in a way that weakens unions…”

National has highlighted employment law changes as one of its key priorities in the first 100 days in Government. Proposed changes will affect collective agreements, the 90-day trial period, strike action and rest and meal break provisions.

The changes will give employers more power during the bargaining process.

As Hooton pointed out, “John Key always just sez to people what he thinks they want to hear…” – and Key was speaking to the 2008 PSA Conference.  Union delegates were told precisely what they wanted to hear.

Coupled with Farrar’s comments about Key’s “very good memory” (and by a process of elimination, therefore a liar) – and we have two right-wingers close to our esteemed Dear Leader  who have shared their personal observations with “how John Key rolls“.

However, the public may not be as gullible to Key’s duplicitous charms as many would think.

Whether consciously or sub-consciously, perhaps the public are coming to the same realisation that Farrar and Hooton are at; our Prime Minister is a con-artist.

And a damned good one.

Fairfax media: How is John Key going to spin this one?

The Paepae: John Key is getting a reputation as a liar

The Mendacities of Mr Key # 16: The sale of Kiwibank eight years in the planning?