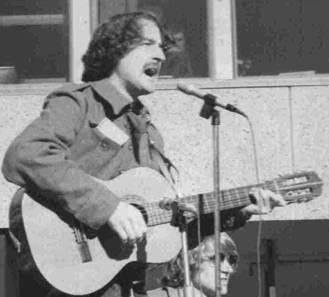 IN MY LAST CONTRIBUTION to The Daily Blog I described an incident involving myself and two friends drinking coffee in the University of Otago’s student union caf’.

“Naturally we were talking politics and, as the conversation progressed, it turned out that all of us were working on the campaign committees of Labour candidates. That wasn’t so odd in my case, I’ve never been anything other than a democratic socialist. But one of my comrades used to be an anarchist and the other a Trotskyist. It inspired me to pen a little good-natured satire (set to the tune of Cliff Richards “Summer Holiday”).”

I even supplied the chorus.

We’re all working for a Labour victory,

No more Trotsky, no more Lenin or Mao.

We’re all working for a Labour victory

It occurred to me that there might be some interest out there in the whole song. Such ephemera often serves to enliven the larger historical picture.

Before proceeding, however, I’ll share with you an interesting story connected to this little ditty.

The 1983 Otago/Southland regional conference of the Labour Party was held in Invercargill. On the Saturdayevening of the conference weekend, seated in a bar I cannot now recall the name of, I sang my song to the clutch of left-wing comrades I was getting drunk with. They all seemed to enjoy it, singing along lustily at every chorus. What I did not realise, however, was that the Editor of the National Business Review, Colin James, was also in the bar – listening in.

The following Monday, I was back at work at the University Book Shop in Dunedin when who should drop by but the same Colin James. He was there to collect his promised copy of the lyrics – which he proposed to use in his reporting of the conference. (Yes, Labour was such a powerful political force in the early 1980s that even its regional conferences merited serious media attention!) Tucking his copy of the song into his coat pocket, he then informed me that his current ‘By the Left’ columnist, Alf Kirk, having just secured a position with the State Services Commission, would no longer be able to write for the NBR. Would I be interested in the job?

Thus did my career as a political columnist begin! Don’t you ever let anyone tell you that writing and singing satirical songs is a waste of time and energy!

Just a few contextual notes before we get going. The “David” mentioned in the song is, of course, David Lange. Elected leader of the Labour Party in 1982, he’d lost little time in warning members against public shows of disunity and dissent. This was intended as a shot across the bow of the Party President, Jim Anderton – who was already sounding warnings about the Caucus’s rightward drift. Undaunted by Lange’s rebuke, Anderton urged Party members to be “ambitious” for Labour’s cause. This, I hope, will make the third verse a little clearer.

Anyway, here’s the song in its entirety. Enjoy!

“We’re All Working For A Labour Victory”

(Sung to the tune of Cliff Richard’s “Summer Holiday”)

We’re all working for a Labour victory,

No more Trotsky, no more Lenin or Mao.

We’re all working for a Labour victory

Oh, we all used to carry placards,

We all used to hurl abuse.

But now the Marxist vanguard

Just murmurs, ‘What’s the use?’

We all used to think that the workers

But we’ve given up the Revolution

We are told that ambition is a good thing,

But we’re warned that dissension is a sin.

So we’ve learned to turn the rhetoric down

When David’s listening in.

But it hasn’t all been plain-sailing,

The conservatives shook their heads,

When we forced through a remit requiring