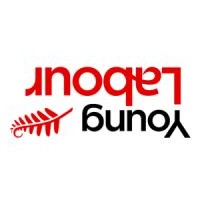 Oh dear. Late last week, Labour Housing spokesperson Phil Twyford caused outrage and upset by using a list of Chinese-sounding surnames to try and claim Auckland had a problem with foreign domination of our housing market.

This was, predictably, pretty bad – and justifiably backfired hard on Labour. It’s not that we don’t have a problem with huge influxes of foreign money into our housing market. We do. It’s not that a prominent source for this cash isn’t China. It is.

It’s just that a list of Chinese-sounding surnames doesn’t prove anything except the laziness of Labour’s Parliamentary Research Unit.

Now, one of the things that a Youth Wing worthy of the name ought to be able to do is act as a slightly exterior “conscience” of their parent party. We’re a little out ahead of what the older heads in the mainstream membership tend to think, while still (hopefully) being in touch with their core values.

Often, this means we criticize our elders *inside* the tent, while taking pains not to overturn the apple-cart … but every so often, one of the high-ups from our own party (whatever that might be) does something so sufficiently face-palm inducing that we feel we have no choice other than to “speak out”.

It’s something that has happened repeatedly during the more tempestuous periods of my relationship with New Zealand First – first, during the #Wogistan debacle (in which NZ First Youth had Richard Prosser officially Clause 9’d and Censured for his remarks; while I found myself extensively quoted in the media on same); and then when I stated my own personal support for Equality of Marriage in a press-conference down at Parliament.

Each time, there was interior fallout. And each time, we weathered the storm – precisely because we knew what we were doing was, broadly speaking, right.

Unfortunately, that’s not what appears to be happening within Young Labour at the moment.

An insider source came to me yesterday with information that suggested a “very large vocal majority of Young Labour” reckon Labour’s Parliamentary Caucus have the wrong end of the stick on this issue.

This isn’t surprising, but what they told me next, is.

Apparently, there’s majority backing within Young Labour for some sort of public statement (presumably in the form of a press release) that criticizes the Caucus’s position “the collection and use of statistical data on the basis of “Asian surnames”,” and which calls for Phil Twyford to be “demoted or personally apologise”.

Needless to say, such a ballsy public statement would require Young Labour’s Executive to sign off on its delivery.

This hasn’t happened, allegedly because “YL leaders have apparently been approached by senior party figures” and told in no uncertain terms that should they do this, “their personal party memberships will be cancelled by the NZ Council”.

That was the situation as of yesterday afternoon, and I’m given to understand that somewhere upwards of thirty young activists have resigned from Young Labour as a result. They’re frustrated that their Youth Wing’s leadership apparently lacks the spine to stand up to the parent party and tell it straight-up when it’s gone done wrong.

Now, as somebody who’s been in this position himself a good many times before, and who once entertained notions of a Parliamentary career … I would just like to say I empathize somewhat with Young Labour’s Exec.

It’s NEVER easy to find yourself effectively being screamed at from *all* sides, and to have to weigh up the delicate balance between one’s individual conscience, the group you’re representing, and Dire Threats From On High about what they might do to you should you do the right thing.

It’s also hella, HELLA annoying to witness the good work you do attracting young people to your party occasionally go up in smoke because some MP decides to make political mileage out of a questionably quasi-racist statement. *Koff koff* (sorry, must be all the cigarette smoke in here)

But the important thing in politics – particularly when you’re acting as a representative for others – is to do the RIGHT thing, the principled thing, rather than the “easy” thing.

And then hope that your minor footnote in our political history reads sweetly and judges you kindly in consequence.