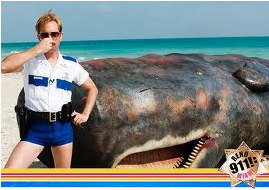 Cameron Slater is not a well man.

A recent exposé by TV3’s ‘The Nation‘ revealed that Cameron Slater has allegedly been conspiring with IT consultant, Ben Rachinger, to hack left-wing blogsite, ‘The Standard‘ to steal personal information.

According to a NZ Herald report, the matter is now evidently a matter of a Police investigation;

“The complaint is being investigated by Counties Manukau CIB.

There are a number of complexities to the investigation, including the posting online of documentation which has already compromised the investigation and is making our inquires more difficult.

Police are taking a cautious approach, and working through a number of complex steps to gather the necessary information to advance the enquiry.

Any decision on charges is some way off at this stage, and will be made after a thorough assessment of all relevant information.”

Any potential charges would most likely relate to attempting to procure a crime, if the allegations are found to have merit.

This alleged txt-message from Slater to Rachinger alone, seems to be an admission that he was fully aware of the dubious, and potentially illegal, nature of his activities;

“It’s no small thing I’m doing this, I could be being set up in a sting by a media person or cops.”

His ISP may also take a dim view if he has been using his internet connection for nefarious purposes.

Aside from the sheer illegality of these allegations, three things stand out in this grubby affair;

1. If proven, it seems that Cameron Slater’s desire for revenge on those he perceives have slighted him, is a psychopathy that reveals a deeply troubled human being.

In which case, Slater requires psychiatric attention, not prison or a fine.

2.If proven, it demonstrates that Slater has little hesitation in circumventing or breaking the law. He was convicted in September 2010 of eight counts of breaching name suppression orders and one count of identifying a victim in a sex case on his  blog. He is currently being sued  by Auckland businessman, Matthew Blomfield, in a defamation case.

3.If proven, Slater’s behaviour is worse than a simple matter of law-breaking – it shows his sheer stupidity in thinking that an attempt to hack another website could be done without being discovered.

Has he learned nothing from Nicky Hager’s ‘Dirty Politics’, in that it is virtually impossible to keep secrets in a small country like ours?

With certain exceptions, stupidity is the most unforgiving crime of all. It appears that Slater has learned nothing from recent experiences. Life’s lessons seem to have little value for this tragic character.

That was Then, This is Now #25 – Keeping the buggers “honest”

When Karma caught up with Cameron Slater