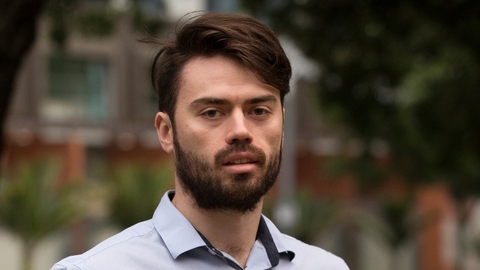 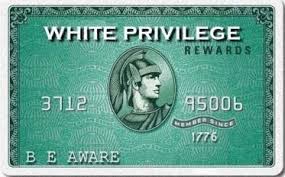 Recently the NZ Herald posted an article, ‘Student becomes property investor’ about a young 22 year old student, Brandon Lipman who, ‘against all odds’ and through ‘hard work’ managed to scrape together the $45,000 needed for a deposit on a house in Hamilton, New Zealand. Wow. This is an impressive feat in the current housing market in New Zealand, particularly in places such as Auckland where housing prices are spiralling out of control and wages are still as low as ever. The NZ Herald reported,

“The keen basketball player saved the money while studying towards a commerce and science degree, working from 9pm to 5am each night at Countdown supermarket during his first year,”

Through what Brandon calls ‘sacrifices’ and ‘hard-work’ (and a lot of help from his parents), he has been able to secure buying his first home before he has even finished his degree.

If Brandon can do it anyone can. Sounds easy, right? After all, Brandon is living proof that the New Zealand dream of owning property is possible at a young age, despite our hard economic times.

There are three words for all of this: Utter. Fucking. Bullshit.

I have something to say to Lane Nichols who penned this article on Brandon (where do they find these people? Probably, on the mean streets of Parnell) and the NZ Herald at large, who often push bullshit stories like these, as some kind of underdog triumphant that we should, and can, all aspire to:

Please stop painting upper-class white men who managed to step-up on the property ladder through ‘sacrifice’, ‘hard-work’ and good old fashioned ‘elbow grease’ as some kind of ‘underdog’ story. They aren’t. As my friend aptly said in response to Lane’s article “I reinvented the headline for this: Privileged White Man from the Upper-Middle Classes Trades Personality for Property Portfolio”.

Sometimes the international papers such as the New York Times , also make out like Taylor Swift is some kind of ‘underdog’ who faced huge adversity before she ‘made it’ in Hollywood with her pop songs about dating famous dudes who also sing shitty pop songs through auto-tune. The reality being, Taylor was born into to the one percent, and her daddy bought into the record label she was signed to. This is called: A MASSIVE LEG UP. Obviously, Swift is not an underdog; she was born into the rich elite and has benefited, like I do to, greatly from white and class privilege. Hard-work was not the only thing that got Taylor to the top of the billboards, by any means.

You know what happens when poor people get a ‘leg up’ from the state? The right-wing and the centre right shame them for it and call it a ‘hand out’. The poor and working poor are told they are feckless and lazy and are undeserving of any kind of state help or ‘leg up’. I thought it was worth pointing this hypocrisy out.

What this all means is: if we as ~ individuals ~ fail to rise above the poverty line, fail to secure well paid work, and thus fail to save for a house deposit and in turn fail to achieve our dreams (even if they are as humble as securing meaningful, well paid work), it is our own fault. We did not work hard enough. We made bad life choices. You, are just a bit of a loser. It is not the fault of a failed economic model and the savagery of late capitalism that only serves the super wealthy at the expense of the 99 percent. It’s not the fault of retired National politicians like Ruth Richardson whose budget reforms in the early 90’s in Aotearoa, known as ‘The Mother of all Budgets’ eroded welfare, job security and landed young people with crippling student debt. Your failure to do well economically, has nothing to do with a minimum wage that does not cover rising living costs in Aotearoa.

Nah, let’s never EVER hold power to account? Something journalists in this country seem to refuse to do apart from rare exceptions such as John Campbell, whose current affairs show was recently axed. Let’s just blame people for their unfair and depressing circumstances, not what created these circumstances in the first place.  To compound feelings of worthlessness, frustration and failure that so many people who are struggling to stay afloat and buy food (let alone a house), are feeling right now, the NZ Herald and the New York Times hold up shining examples of young people, who are nearly always white and come from wealth, such as Brandon and Taylor Swift (seriously?) who ‘made it’ in tough economic times and/or through [manufactured] ‘hardship’. So why can’t you?

The NZ Herald ran a second piece ‘Property Investment not a reality for students – Association’, in response to mounting criticisms of Lane Nicolas’s profile piece, pointing out, that perhaps Brandon’s story of triumph was not a fair representation of all students. The article quoted Rory McCourt, who is the president of the student association, saying “Most students are wondering how they’ll afford next week’s rent or ever pay back their mounting loan. Mr Lipman’s story is the exception, not the reality,” but Brandon still insists in this second piece that hard-work can, and does pay off. “Everyone puts up with different things,” said Brandon.

Yeah we certainly all do, have to put up with different circumstances, like sole mother Trina Nesbitt who is living in a caravan in Christchurch, with her two kids, because she cannot afford the city’s rental prices.

I am part of a generation that has been locked out of the housing market and this reality is not going to suddenly change because I land a minimum wage full-time job at a supermarket and work long shitty hours, stacking shelves.  How on earth Brandon managed to save $45,000 in just a few years even with his parents paying for his living costs is, beyond me. As a low waged earner working two jobs in the service industry, I can tell you the math, simply, does not add up.  North and South recently quoted Shamubeel Eaqub, principal economist for the NZ Institution of Economic Research, saying,

“[…] the average house price in Auckland has spiralled to ten times the average income of a couple in their 30s. That means most young New Zealanders – including those now in their teens – will never be able to afford a place of their own.”

We have been told, as young people, that if we endure a little bit of ‘discomfort’, we’ll be better off, both financially and spiritually, in the long term. This is a brutal lie to tell young people. The idea that hard-work will get you anywhere in our society of ‘haves and have nots’, where structural poverty, racism and sexism disadvantages large sections of society, is nothing more than neoliberal myth making.  In the Book Ruth, Roger and Me: Debts and Legacies 27-year old author Andrew Dean writes,

“My Generation of New Zealanders has been told that being uncomfortable will make us work harder and strive further. We have been bought up on what Ruth Richardson calls the ‘stiff medicine’ of her reforms, and now we must be healthier for it.”

I am tired of examples like Brandon being held up to my generation as proof that if you swallow Ruth’s ‘stiff medicine’ and work like a maniac and deprive yourself of the necessity of sleep, you too can buy a shitty house hundreds of kilometres from where you live.

A version of this blog will also appear on Posse.