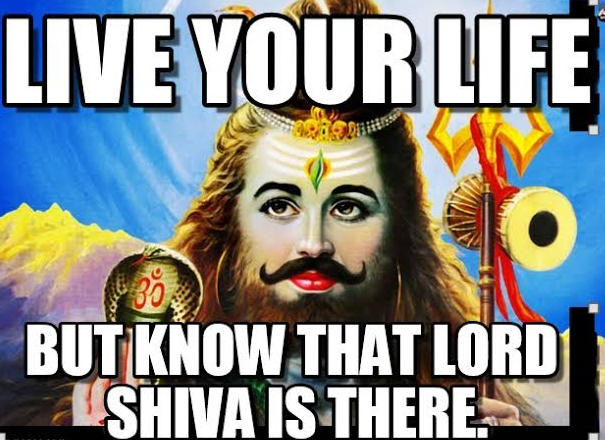 I must confess that as a man with a megalomaniac streak and a strong Shaivite enthusiasm, I’m a little biased about this. But when I read the story in yesterday’s Herald about some guy out in Clevedon taking issue with his neighbour’s new lawn ornament because religious intolerance, my blood began to boil.

From where I’m sitting, there’s two things that need to be said about this.

First up, erecting a giant 6.4 meter effigy of Shiva in your back-yard (after having attained all the appropriate council permissions and geo-technical inspections) … is just pretty awesome. Mad props to this guy. Maybe one day I’ll have the coin (and, y’know ….land) to erect a similarly sized Nataraja.

Second. The neighbour who’s objecting coz Catholic. What the hell. He “can’t believe they’re able to do this” because “it’s part of a religion we don’t agree with”, and reckons it’s equivalent in terms of offensiveness to putting up a prominent swastika (assumedly in the Nazi sense … rather than, y’know, *actually using said symbol in a culturally appropriate manner coz Hindu*.).

It may have escaped Mr Watt’s notice, but we presently live in a secular society that tolerates pretty much all faiths (even ACT-brand cargo-cult Neoliberalism). This, despite the fact that our Head of State is also the head of a rather major church, and occupies a constitutional position forged in many respects by persecuting the hell outta Catholics some several hundred years ago.

Now personally, I ain’t hugely bothered by large-scale devotional craftsmanship that’s viewable to the general public. I find the really really huge Christian window-art in that knife shop up Mt Eden Rd every Easter and Christmas to be pretty gaudy, and I *still* wonder just how a gigantic cross found itself erected on public land on Mt Roskill … but in the main, I tolerate publicly visible displays of faith and devotion on private land.

It is, after all, one of the ways I justify erecting an NZ First hoarding at the gate 😉

But Mr Watts would do well to remember: Once upon a time – not very long ago, in fact – adherents of HIS faith were the persecuted minority within the Anglosphere. Iconoclasm, as a word if not a concept, specifically refers to the act of destroying or defacing CATHOLIC works of devotional art. At least as the term was initially used.

We start declaring works like Mr Chand’s Shiva Murti to be objectionable and demanding their removal from where we can see them at our peril.

Because, as a certain band of religious extremists blowing up the Bamiyan Buddhas proves (see? I can do the whole overblown-metaphor-to-express-outrage thing too…) … our society and our culture do not benefit from being small-minded. Nor are we stronger for giving in to the boring and quite literally puritanical prejudices of people incapable of handling diversity – particularly of metaphysics and theology.

But then, perhaps my own enthusiasm for ecclesiastical effigy is due to the fact I’m presently hard at work fundraising for my *own* large-scale devotional icon. A gigantic ‪#‎Muldoon‬ statue that will serve az my very own ‪#‎ThinkBig‬ project.

And scare the hell outta any Epsom-based ACT voters that happen to wander past.

Paired up with the Nataraja on the other side of the driveway, I think it’ll look a little something like this.

Oh, and as for Mr Watts? Well, perhaps he might wish to consider responding in kind with something a little more South American… 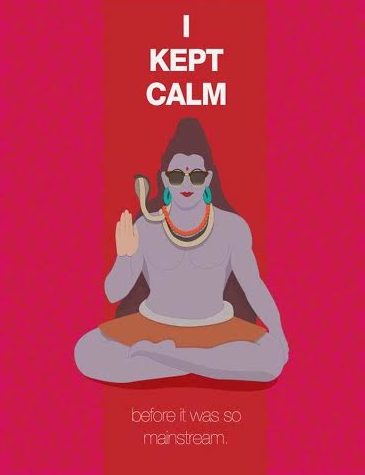