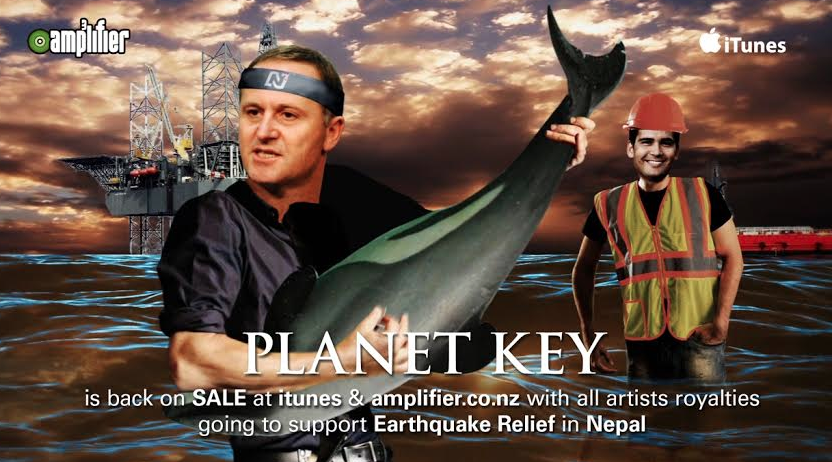 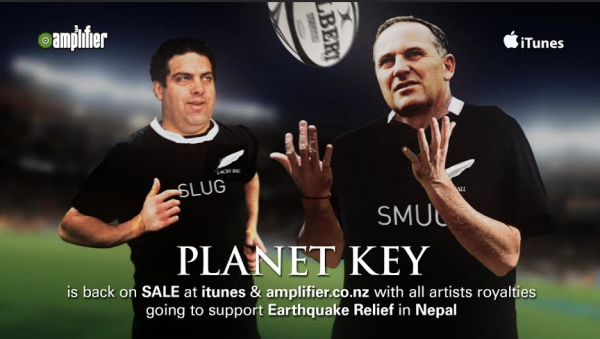 Wellington musician Darren Watson has re-released his controversial ‘Planet Key’ single on iTunes and at amplifier.co.nz. The songwriter made this decision after hearing that the Electoral Commission intends to appeal the recent landmark High Court ruling in favour of Watson and video maker Jeremy Jones.

The Commission has said the “appeal is limited to questions of law” and it was “not seeking to challenge the findings in the [Planet Key] decision as they applied to the particular facts in that case”. However, Watson and Jones say that if any part of the ruling is overturned the effect on their work, and potentially for all other artists in New Zealand, will be to essentially silence political comment.

All royalties from Planet Key sales from May 4th will go to the Red Cross’ Nepal earthquake appeal fund.

“The more folks buy it the more we can hopefully send a message that freedom of expression always prevails when it comes to an individual’s comments, songs, writing, and actually all kinds of art,“ says Watson, “it’s ridiculous that we STILL have to fight for this! ”

The single is available here.

Jeremy Jones says the cases are completely different. “I reckon it’s common sense that the Greenpeace ruling re: ‘advertisements’ can still apply to political groups and the like…. we’re just a person who made a song, and a person who made a music video. We’re not a political ‘third party’.“

Jones has made the music video available to watch again from his Vimeo page, but he hopes people will also buy the single to support both earthquake recovery and the principle of artistic freedom in New Zealand.

All paid downloads count toward the song’s chart position. When Watson pulled Planet Key from sale in August to avoid potential prosecution it had reached #5 in the Official NZ Top 20 in a little over two weeks with almost no commercial airplay.