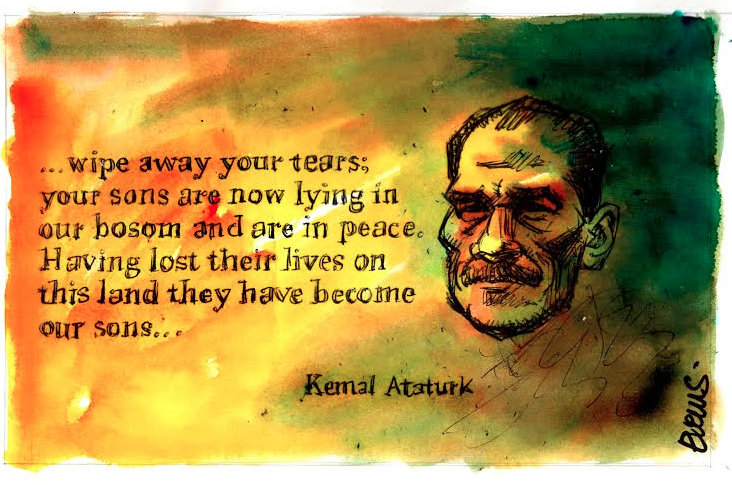 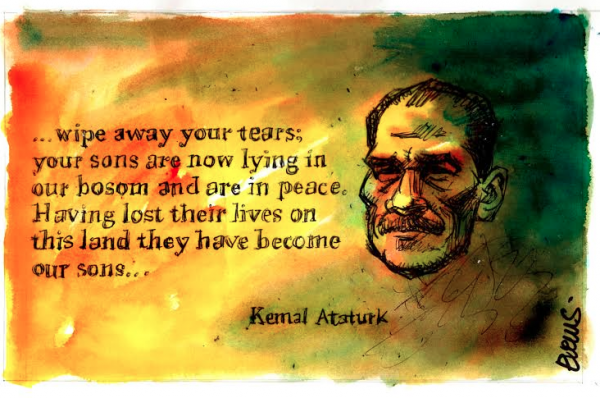 This time last year I was on my way, with my family, to Nagasaki (Letter from Japan on ANZAC Day). It is one of the world’s most beautiful cities, built like Wellington around a superb natural harbour and surrounded with hillside suburbs. On 9 August 1945 Nagasaki played host to an American plutonium bomb (‘Fat Man’). This was the symbolic endgame of a long era of imperial militarism (and the beginning of a new era of “Cold War” military posturing).

Fat Man was intended for Kokura, on the northern tip of Kyushu, but bad weather nearly aborted the drop. The weight of the bomb was possibly too great for a safe return to Tinian, and the precise location of Fat Boy’s performance was incidental. Plan B. The clouds cleared over Nagasaki as the plane flew over, so the weapon of mass destruction was detonated there. (See “Seconds from Disaster Nagasaki“.) Fortunately, if that’s the right word, Nagasaki’s geography limited the carnage compared to the Hiroshima bomb dropped three days previously.

This act of terror achieved nothing. Subsequent research shows that neither the American nor the Japanese authorities were particularly concerned about civilian lives. The Japanese wanted to save their Emperor system, and eventually surrendered when they realised they could do a better deal, re the Emperor, with the Americans than the Soviets. The Americans had a plutonium bomb to deploy – distinct from the previously untested uranium bomb (‘Little Boy’) dropped on Hiroshima. With the Soviet entry into the Pacific War, time was running short. After Fat Boy it was still six days before surrender; that bomb served no military purpose whatsoever. The Soviet declaration of war, not the bomb, ensured the Japanese surrender to the Americans.

Japan’s military adventurism began 77 years before 1945, with the ‘Meiji Restoration’ in 1868, precipitated by young moderniser/imperialists overthrowing the Shogunate. In Ottoman Turkey, a similar group of moderniser/imperialists overthrew the Sultan, in the 1908 Young Turk Revolution. In seven years this very similar group of modernisers did as much as their Japanese equivalents had done in seventy, including declaring war on the ‘Triple Entente’ (Britain, France, Russia) in 1915, and what Pope Francis has called the first great genocide of the twentieth century (by Turks on Armenians).

The Ottoman Empire shifted from a relatively benign Islamic caliphate to a ruthless military empire. Hundreds of thousands of Arab subjects were conscripted, mainly from ‘Greater Syria’, and sent to battle in Gallipoli (and other places). (See Al Jazeera’s World War One Through Arab Eyes.) Much of the killing and starvation of Armenians also took place in Greater Syria. About half of all soldiers deployed by the Young Turks on the Gallipoli peninsular were Arabs from Greater Syria. Thus about half of all deaths on Gallipoli were Arabs; not Turks, not British, not French, not Australians, not New Zealanders, not Indians. (See here [nzhistory.net.nz] for total casualties in the Gallipoli campaign, noting that both Ottoman and French casualties include Arab subjects of their empires.)

This is what ‘our boys’ blundered into; this crucible of modern Turkish national identity. (Gallipoli was the founding victory that eventually led to the birth of the modern Turkish Republic; the victorious general was Mustafa Kemal, Ataturk.) World War 1 was a geopolitical maelstrom which was at least as much about the future of the ‘Middle East’ as it was about German-French or German-British rivalry. Indeed the Turks and the Germans had a more immediate rival to deal with than the British and French: Russia. The Young Turks needed to preserve their country’s natural blockade of Russia.

The British and French had a lot of investments in Russia, and in the Middle East. Not least was the Suez Canal. All the imperial powers called upon the men of their empires, making this truly a ‘world’ war.

New Zealand already had a very strong sense of national identity. In accordance with its times, it was a national identity within the British Empire, not an identity apart from it. Likewise, Australia had its identity within the empire. Each sought to prove itself to the British establishment; to put on a good performance. Further, this was an era of ‘social Darwinism’, of overt racism, of eugenic thought. Performance mattered; only the fittest prospered.

There were crucial differences between Australia and New Zealand. Australia’s identity had been tied to its convict past, and Australians needed to rectify that image. An Australian academic friend, in a private correspondence, says of historian John Hirst: “He would say the reason why Australia was so concerned to impress the British with a good performance lay in its hope to cleanse the stain of convict blood through prowess in combat.” Blood trumps blood.

New Zealand lay in Australia’s shadow – as seen from Britain. Even today ‘studies’ of the British empire tend to see Australia as the empire’s eastern fringe (eg BBC’s Jeremy Paxman’s Empire which never once mentioned New Zealand in five programmes.) We in New Zealand – almost to a man and woman – knew that the British race was tops, and that we in the Britain of the South were the ‘better British’, the best of the best. We deserved to be the rulers of the rulers, not some tinpot independency or convict-stained appendage such as Tasmania.

The venture started badly for us. The first New Zealand contingent arrived at Suez in the same ‘fleet’ as the Australians; purely a matter of logistics. To the British we were ANZACs, and that’s how it stayed. So much for our desire to differentiate ourselves from the Australians.

The reality was that our soldiers volunteered in substantial numbers to join their provincial regiments. We fought and died on the Gallipoli peninsula – above ANZAC Cove, and with the British at Cape Helles – as the Otago or Auckland or Canterbury regiments; not side-by-side with the New South Welshmen or Tasmanians. The greatest glory of the campaign went to the Wellingtons, at Chunuk Bair. That short-lived victory was our victory – no Australians (or poncey Aucklanders for that matter) – a great performance of bravery and combat, at great cost. It was the pallid Poms who failed to follow up.

It is right that we remember our men. They lived so far from the hub of empire; the empire into which our national identity was embedded. They welcomed the chance for an adventure that would also allow them to visit their tūrangawaewae. Today similarly motivated young men leave to base-jump off cliffs and climb dangerously high mountains. Risk-taking and venturing, fame and fortune, are in the make-up of young men (especially though not only men) from the world over. The martiality of the times always meant that their adventures might involve killing people; people with whom they had no grievance. The underlying racism of the era meant that they underestimated the military capability of their opponents.

We remember our men; boys sent to kill and be killed in a theatre far far away. In these terms, they performed well.

At the end of The First World War, a British TV series (Channel 4, adapted from the book by Oxford professor Hew Strachan) that recently screened on Maori TV, New Zealand gained its own special mention from an esteemed British source.

“Many allied memorials spelled out the values felt to be at stake during the war. In the stained glass window in Canterbury University in New Zealand, the central powers are depicted as the dragon of brutality and ignorance; the allied troops have humanity and justice on their side, and are naturally victorious.”

We served, we lost, we won, we remember. Was God on our side? It’s not that simple.