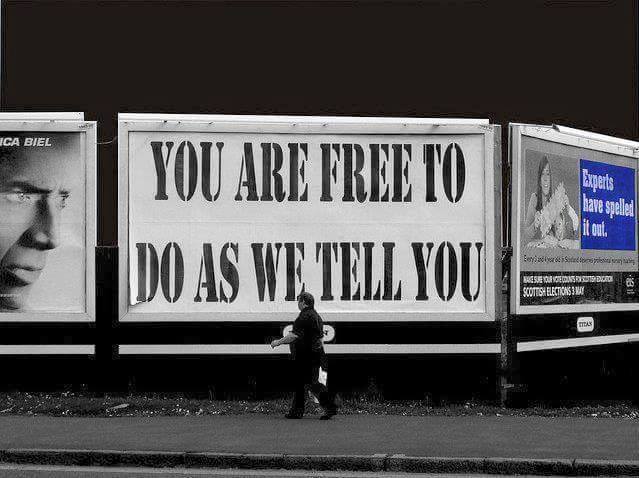 Q+ A and The Nation

The biggest news story of the week broke on  Thursday, 9 April, with Mediaworks revealing to a stunned public  that ‘Campbell Live‘ – which had just celebrated it’s tenth anniversary – was “under review”. It was a story appearing in practically every media outlet in the country;

One petition on Change.org has acquired 19,654 signatures, and another on Action Stations has 66,974.

The tweet hashtag, #SaveCampbellLive, was trending near the top of Twitter’s New Zealand Trends on 9 April;

Acknowledgement for use of image above: Halloween Mike1

As well as the msm, most of the top blogs in the country covered the story, one way or another (see: Other blogs)

So I was looking forward to see some serious analysis on ‘The Nation‘ and/or ‘Q+A‘, on this issue.

Incredibly, and alarmingly, none was forthcoming, except for a brief throw-away-line by comedians Jeremy Corbett and Paul Ego, during their sixty-second satirical-slot on ‘The Nation‘ (though without any actual direct reference to John Campbell), to “being replaced by Jono Pryor and Ben Boyce“.

TV1’s ‘Q+A‘ was also strangely silent on an issue that had been a nationwide talking point.

Instead, on Saturday’s ‘The Nation‘, we had stories on;

Considering that ‘Campbell Live‘ is one of the last serious current affairs programme remaining on free-to-air television, one would have thought that this was worthy of scrutiny by either ‘Q+A’ or ‘The Nation‘.

Understandably, perhaps, TV3’s executives Julie Christie and Group Chief Executive Officer Mark Weldon – who have allegedly expressed a dislike for  ‘Campbell Live‘ – may have dissuaded ‘The Nation‘ from enquiring further into the matter.

When Fairfax Media made redundant large numbers of sub-editors a few years ago, the event was not reported in ‘The Dominion Post‘ or any other Fairfax title. The news was suppressed by management. In this respect media management can be every bit as shy of public scrutiny as the politicians they profess to scrutinise.

The media demand press freedom to allow public scrutiny – except when it applies to them.

Stranger still is that TVNZ – a direct commercial competitor to Mediaworks – made no mention of goings-on at TV3. One would think that a major event in this country’s media would have rated some sort of story or analysis with media experts.

Television executives seem very shy when it comes to public attention on their own activities.

How NOT to promote a flagship programme

Palmerston North teacher, Scott Milne, pointed out that ‘Campbell Live‘s’ poor ratings may be due to Mediaworks not promoting the programme as enthusiastically as it does with others.

On Twitter, Scott posted this screen-shot of a TV3 webpage;

When an advert for hair shampoo (lower right on page) is larger than the promo for a current affairs show, it becomes fairly clear how well the broadcaster is supporting their own product (the programme – not the shampoo).

Perhaps there is an element of truth to suggestions that certain Mediaworks executives are not “fans” of Campbell and/or his show?

The sooner that a free-to-air, non-commercial, public broadcasting channel is established, the better it will be for this country. If  the UK can have the BBC and  Australia has the ABC and SBS – why can’t we have something similar?

Short answer: lack of political will coupled with ideological stubborness.

If we had a new NZBC, commercial free, and dedicated to something resembling quality programming – TVNZ and Mediaworks/TV3 could broadcast all the crappy reality and crime shows that the rest of the public could possibly stomach.

More than anything, a lack of a free-to-air, non-commercial, public broadcasting channel shows how immature we are as a nation. Distracted by trivia has given us the only form of  dumbed-down  television the masses can digest.

News over the weekend indicates that TV3 will be cutting back their weekend news bulletins at 6pm to only half an hour – less when you subtract advertising, weather, and sports;

TV3 is to chop its Sunday night news bulletin to 30 minutes, in the latest dramatic move to turn its news department into a “news, commentary and conversation” team.

MediaWorks chief executive Mark Weldon is at odds with many among his 200-strong news staff after announcing “bubbles and bagels” to celebrate the launch of Paul Henry – at the same time as Campbell Live staff were being told their programme faced the axe.

“It was just insensitive and inappropriate,” a TV3 news staffer said.

A cut-down version of ‘Third Degree‘ will be given a new – and somewhat bizarre – name;  “3D and will be shortened to 30 minutes“.

If  MediaWorks executives still have faith in their 6PM news bulletin and ‘Third Degree/3D‘, they have an unusual way of showing it. Which raises a few questions – what do they hope to gain? More time allocated for commercial programming?

Those viewers who enjoy watching the 6PM news bulletins may find themselves feeling cheated at TV3’s cut-down, “budget” version. They may vote with their remotes to switch to TV1, where the format will offer an unchanged, longer version.

After all, if you enjoy watching TV news, which would you opt for?

Those who don’t watch TV news won’t care either way.

So MediaWork’s decision will impact only on news-watchers – and cutting back the format to 30 minutes may yet prove to be one of the  biggest blunders in TV3’s history. Perhaps bigger than it’s excellent 1993 sitcom, ‘Melody Rules‘…

Just when you thought that threats to ‘Campbell Live’s‘ survival and cutting TV3’s 6pm news bulletin was bad enough, MediaWorks group head of news Mark Jennings seems to have made things worse by these incongruous utterances on 12 April;

No, Mr Jennings, we are not “time poor” – we are information poor.  In a world of superficiality and bastardised media services masqerading as “news”, we are poor in real, in-depth, news and analysis.

When “X Factor NZ” receives more  promotion from MediaWorks than one of the most respected broadcasters in the country – then it is fairly obvious where management’s priorities lie.

Trying to pass off responsibility for questionable decision-making by MediaWorks executives, onto the public being “time poor”, is exceedingly bad form. And dishonest.

If people are so “time poor”, the 6PM news bulletin might as well be cut to 15 minutes. Or eliminated altogether. There. Sorted. Plenty of time for people now…

“This way we can guarantee a pacey, high-quality product that will be appointment viewing.”

Yes, “pacey” – until each advertising break. Take ten or fifteen minutes out of each ‘3D” episode, and it become so “pacey” as to rush past the viewer. Blink, and you’ll miss it.

And then, this “gem” from Mr Jennings;

“I am very proud of our investigative journalism, and the 3D Investigates strand will build on our ground-breaking work on the Teina Pora and David Bain cases, and the Fox Glacier crash.”

Yes, indeed. He is so “proud of [TV3’s] investigative journalism” – that he is cutting both the 6PM News Bulletin and ‘Third Degree‘ in half – and considering dumping ‘Campbell Live‘.

What a peculiar way to express one’s “pride” in their work.

With regards to ‘Campbell Live‘, Mr Jennings explained his rationale for reviewing the programme;

“Viewer expectations in 2015 are quite different from those of 2005 and we need to constantly review our programming to ensure we are meeting those expectations.”

How “viewer expectations in 2015 are quite different from those of 2005″ is never quite explained. But it cannot be that different; people may take their information from the internet, but they also still watch television.

The advent of television was supposedly the death knell for movies. That belief was wrong.

On-line e-books were supposed to make real books redundant. That belief, too, was wrong.

People will watch television. What they won’t watch is crap.

Perhaps MediaWorks’ management should be looking at themselves and not at the public for reasons of ‘Campbell Live‘ not gaining increased viewership.

First and foremost; has it been promoted with the same vigour and gusto as Paul Henry? ‘The Block‘? ‘X Factor‘? ‘The Bachelor‘?

If the answer is “no” – the solution that follows on is fairly evident. Does it need to be spelled out?

Just when you thought the msm couldn’t get any weirder, comes this strange story about Fairfax media touting for ‘freebies’ from it’s readers;

NZCity, 11 April 2015
Fairfax Media New Zealand has outlined more of its plans to make readers involved in its editorial process.

The company’s Stuff Nation product already publishes more than 2300 articles every year written by readers and the pieces are among stuff.co.nz’s most read and commented on.

Pieces will be individually verified and edited by Fairfax journalists and edits discussed with contributors.

It’s not an attempt to get free content or do away with journalists, Ms Boucher says.

The company wants readers to play a larger role.

On March 18, Fairfax Media New Zealand announced it was introducing a new approach to digital storytelling with a renewed focus on local journalism.

A series of changes and proposed changes aimed at enhancing local and national journalism across digital and print will be rolled out nationally.

Accepting op-ed pieces or letters-to-the-editor is one thing.

But “setting assignments for readers on newsworthy topics” appears to me that Fairfax is attempting to attract free content, which it will then on-sell for commercial gain.

There is a word for that: exploitation.

Not exactly surprising though, as Fairfax has lost many of their journalists and sub-editors over the last decade, as the company seeks to increase it’s profits and returns to shareholders.

“It’s not an attempt to get free content or do away with journalists”, Ms Boucher says.

That should go on a Tui billboard.

With fewer staff expected to do more; increasing use of “news hubs”; and a focus on on-line content at the expense of newspapers – that is precisely what Fairfax are aiming at.

Is this the future of newspapers; a msm-version of de facto bloggers-in-lieu-of-real-journalists, mass-producing stories on the cheap (free)?  If so, it makes for grim reading.

Fairfax media: Campbell Live should have moved with the times, pundits say