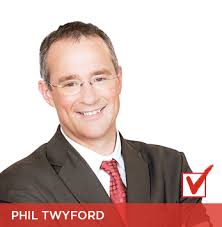 On TV3’s The Nation, Auckland Deputy Mayor Penny Hulse (who’s rapidly becoming one of my favourite local body figures) made the case for a cross-party effort to solve Auckland’s escalating housing crisis.

This is a no-brainer. National’s clearly not up to the challenge of going it alone (not that they’re really trying very hard), and I commend Hulse for being unafraid to point out the areas in which we need to go further than what the existing Housing Accord provides for.

Where others might have contentedly rested on the not inconsiderable laurel of helping to produce a workable Accord with Central Government in the first place – or even attempted to play politics with the issue by simply labeling the entire thing a manifest Government failure unsolvable till after the next Election … Hulse has instead taken the more mature approach of actually sitting down and thinking about the problem, working out where the rest of the political system slots in to providing solutions, and then extending a veritable box-garden of olive branches out to other political actors from across the spectrum with a view to actually, as she puts it, getting the whole political system working towards “[getting] the diggers in the ground and the wheelbarrows wheeling concrete”.

This stands in marked contrast to Labour Housing spokesperson Phil Twyford, whose attitude toward the cross-party collaboration in tackling this issue called for by Hulse can broadly be summed up as “blame National for lacking ideas, then refuse to actually stump up and try to help them out with some.”

Needless to say, that’s exactly the inverse of Hulse’s sensible, solutions-driven approach; and tantamount to an effective admission from Labour that they don’t see themselves as having a meaningful role to play in sorting Auckland’s Housing Crisis until some hypothetical point in the far-off future when they may, possibly, find themselves an important player in the next Government.

That’s not good enough; and I can only look in askance at any national-level politician so evidently keen to abdicate responsibility when it comes to helping to sort the biggest issue in their portfolio. It almost makes one wonder why they’re wasting the nation’s time as an MP, given they could make pretty much exactly the same level of contribution from the relative political sidelines of the commentariat.

And while I’m not entirely surprised that Labour’s enthusiasm for bipartisanship apparently has difficulty extending all the way from voting in favour of National’s GCSB bill to co-operating with the Government on a little issue like housing; I’m nevertheless highly incensed that Twyford appears to have reconstrued Hulse’s call for “cross-party collaboration” as being restricted in ambit to members of the – and I quote – “two party system”.

Despite the dearest wishes of many of the apparatchiks and faithful of the Big Two, we are no longer living in the era of black-and-white televisions and electoral choices known as “FPP”.

Rising parties like New Zealand First and The Greens have hugely meaningful contributions to make on just about every issue; and it seems exceptionally churlish (particularly given Winston’s status as the most effective electoral candidate fielded by Labour in the last 30 years) for Twyford to blithely pretend that we don’t exist or aren’t relevant to the discussion just because he doesn’t wish to acknowledge that other parties might be more willing to step up where he’s stepped back and do their bit to help Auckland.

It’s exactly that sort of political chauvanism and casual “we know best” disregard for the legitimacy of external perspectives by first Labour and then National which necessitated our adoption of MMP in the first place.

Twyford’s sin of omission is particularly egregious given the litany of strong resonances between Hulse’s check-list of Things Central Government Can Do To Help The Auckland Housing Situation and extant New Zealand First policy. This substantive overlap renders New Zealand First something of a natural ally for Hulse on this issue – and given Labour’s apparent intransigence when it comes to advocating on behalf of Auckland at the Parliamentary level, potentially affords our city a vitally needed political ally able not only to assist on the national stage (or, more properly, National’s stage); but also able to bring to bear the best elements of its own highly relevant policy agenda (look out for a future blog post on this) in collaborative pursuit of a solution.

And let me put it this way: when Hulse says one of the two biggest roadblocks to sorting the Housing Crisis is wide-ranging (and unhelpful) fear harboured by others of appearing overtly “interventionist” … who better to wade into the situation than the Party which enthusiastically runs the most unabashedly #Interventionist economic policy of any in Parliament 😀 Indeed, our Housing policy quite explicitly calls for the state to directly intervene in the housing market through a combination of #Nationalizations, state apparatuses, and central planning.

I also must confess I found myself quietly enjoying watching Hulse skilfully and professionally raise many of the same talking points I’ve previously heard Winston conjure; but in such an urbane fashion that hardly anyone could possibly bat an eyelid.

For instance, while the pernicious impact of property speculation on housing affordability in Auckland is so widely acknowledged that it’s less Elephant in the Room than Carthaginian War-Machine Doing Circus Tricks On Dinner Table, Hulse also cleverly acknowledged the role that Central Government “population policy” (read: “Immigration”, inter alia) plays in fueling Auckland’s housing bubble. By pointing out that Auckland’s grown by somewhere in the area of fifty thousand people over the last year, yet only built five and a half thousand houses (of which, only a shocking 9% are “affordable”), she set out with cold, hard facts the reality that our city’s present rate of population growth (much of which is fueled by immigration) is patently unsustainable.

You’ll often hear Winston making exactly the same argument (or, at least, witness the seemingly inevitable backlash when he does); and when it came to some of Hulse’s proposed partial solutions for this part of the issue, she may as well quite literally have been reading off our policy manifesto/song-sheet. We’ve long advocated for the reinvigoration of our regional economies (which Hulse correctly labels “dying” in many instances) as an alternative to the present approach of allowing all the country’s economic eggs to domicile in one overpriced basket; and I was enormously pleased to hear Hulse champion our suggestion of redirecting migration flows away from Auckland out into those self-same Regions.

I’ll save the intriguing resonances between Hulse’s call for greater Central Government financing for urban development and a certain NZ First Youth policy proposal we got through NZF’s 2013 Convention for a future post (you’ll love this one!) … but for the moment, I don’t think it’s possible to overstate just how *enormously* grateful I am that Auckland’s evidently in possession of a perspicacious Deputy Mayor who combines an ability to think both creatively and rationally about a problem – and whose approach to the game is to actually regard it as a problem-solving rather than point-scoring exercise.

And that’s another vital overlap between Hulse’s modus operandi and the way we do things here in New Zealand First.

One of our sacrosanct guiding principles is the idea that those of us in politics owe a duty to our fellow New Zealanders to place the pursuit successful outcomes over and above petty partisan tribal loyalties – and to keep an open mind as to where some of the solutions of tomorrow might come from. Winston sums this up as a directive to “support good policy and oppose bad policy – no matter where it comes from”.

By attempting to bring together strands from all levels and persuasions of politics in search of solutions – and even extending a seemingly open invitation to *all* of our Parliamentary political parties to come, contribute ideas, and be part of the remedy – Hulse has acted in the highest and best traditions of both pragmatic realpolitik and principled #Multipartisan sentiment.*

It’s just a pity that Labour ain’t coming to the house-party.

*If you’re wondering why I’m insisting on being a bit different and using “Multipartisan” rather than “Bipartisan” … scroll your mind back up to the Phil Twyford bit of this article. “Bipartisan” implies there’s only two sides. It’s also what happens when Labour votes for National’s spying legislation.

The diversity of views in our post-FPP politics – particularly on the left wing – obviously militates against such an outmoded concept. From now on, the only time I’m going to use #Bipartisan in a positive sense is when I’m referring to something NZ First and The Greens agree on #BlackGreen2017