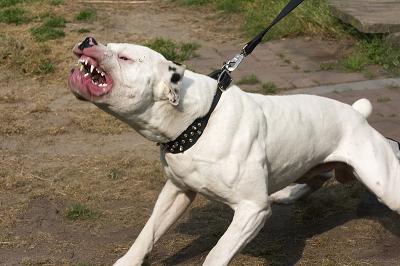 The call from “The Pad” wasn’t unusual, but things were quiet on that front and The Club knew I was eyeballs deep in the retrial of a newcomer charged with raping a local woman he’d shared a taxi ride home with.

The call was not unusual, but being taken out the back was. Security was always high here. The big fence contained an inner dog run. The massive steel gate was scarred by many attempts to breach it. Chicken wire covered the compound, ensuring the Molotov cocktails thrown in the past would never land. And while some police fought to get the fortress walls torn down, others tolerated the easy peace this club brought to town. At least there were no kids with coloured bandanas mugging others for the skateboards and shoes. The fence, they said, already locked bad things and worse people in. Conscious of advances in surveillance, they preferred to meet here rather than in lawyers’ offices.

For once, the dogs weren’t locked in the run. A large German shepherd rushed up snarling. I stepped behind the prospect who’d opened the gate, dancing as the dog barked and slashed at me. Slowly he called the dog off, but not before it had drawn blood on my ankle. He smiled.

Rather than being led into The Club’s bar, as usual, I was taken between two buildings into an area sectioned off with jailhouse style bars. The locked gate was opened, closed on its well-oiled hinges and locked again. The sweat trickled down my sides as I was led into a windowless room where the President and the Sergeant-at-Arms were waiting.

I was shown a chair. The Sergeant grunted the merest acknowledgement and turned his eyes to the President who was engrossed in making a hookah using a piece of plastic hose and one of the ever-present energy drink bottles that accompanied him. He used a small kitchen blow torch to graft the hose on to the bottle and the brown-stained bowl of a glass methamphetamine pipe. As he finished, he stood up, shot a dirty look at me, paused, then slowly turned the blowtorch off. His normally expressionless eyes were now angry. There were stories about things he’d done to people with blowtorches.

He turned his attention quickly back to the hookah. He half filled it with water from a drink bottle, sprinkled some crystals from a bag into the bowl and re-fired the torch. He waited for the crystals to melt and smoke in the bowl before drawing long and slow as the water-cooled smoke filled his lungs. He paused, checking for a possible air leak, before resuming his inhalation. He repeated the process twice and finished with a pluming exhalation of smoke. He looked at the hookah with evident satisfaction. Again he looked at me, the look of satisfaction vanishing, before slowly turning the torch off. The significance hadn’t been lost on me the first time.

It’s about the girl, he said, pausing to remember the name of complainant in the current rape trial. This was, he said, a “genuine rape.” He could tell because she was now disinclined to work at the “parlour” run by The Club. She was traumatised. She was a good girl, he said, his eyes widening briefly to emphasise this and to indicate he had enjoyed this one of The Club’s chattels. Having qualified his proprietorial interest in the trial, he reminded me of the importance of loyalty in this small town.

I met his unblinking stare and asked him how he’d feel if someone put the squeeze on me to malinger in the defence of one of The Club’s members. He knew that acting for The Club had brought heat on me. It was a tactic police had used in the past to discourage other lawyers who’d acted for The Club.

He tried to gloss over The Club’s activities as being a bit of larrikinism, but we both knew this was hollow. I mentioned the name of the man who’d dealt to an asthmatic cop with his own pepper spray nearly killing him before going on to rob the wrong house, breaking an innocent’s leg in the attack. I mentioned a name. Nothing more needed to be said about this guy, now relegated to a wheelchair after an “accident.”

As the sweat dried in the air-conditioned room, I went on the front foot. I told him he had a bad dog. A very bad dog. “It’s supposed to bite people in suits”, he said, smiling as he looked at my tattered trouser cuff. I told him I wasn’t talking about that one, but about another, highly intelligent one that had managed to cut the lock on the cage at the local pound where it was waiting on death row.

He smiled. The dog indeed was a bad one. And, yes, he agreed, he had taken it to the vet after it had bitten a non-suit-wearing civilian who’d fought back.

Seizing the moral high ground as if my life depended on it, I told him that when he took his dog to the vet, he didn’t expect the vet to ask if the dog was a good one or a bad one, for if he’d wanted to have his dog judged, he would have entered it in a dog show.

And if the vet wanted to accuse the dog, then perhaps he should get a net, a whistle and a van and charge around the suburbs arresting strays and prosecuting their owners.

Instead, I told him, he’d be perfectly justified in saying that last time he looked, he’d stepped into a vet’s surgery. Now stitch the damn dog up!

He shrugged, nodded in a way that acknowledged this and dismissed me before returning to the hookah. The Sergeant getting up was my cue. As we left, The President called out to the Sergeant: “Lock that fuckin’ dog up, will ya?”