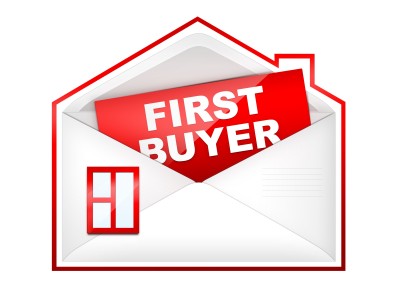 An important story in 2014 has been the Reserve Bank’s ‘loan-to-value ratio’ restrictions, which have made it extremely hard for first-time house buyers to get sufficient finance to buy a house.

Corran Dann in TVNZ’s  Q+A (7 Dec) suggested that the most significant person in New Zealand’s political apparatus this year was Reserve Bank Governor (pixie-in-chief) Graeme Wheeler, and especially because he has stood firm on these LVR restrictions. Dann also claimed that these restrictions had worked; that they had taken the substantial pressure off the housing market.

My point here is that we do not know for sure what the effect of the restrictions was. The best we can do is to come up with a counterfactual as to what would have been different if those restrictions had not been imposed. Certainly we can say that the ‘bottom end’ of the housing market was distinctly quieter this year. But what about the troubling top end and middle?

I suggest here is that lending to house buyers was down this year for at least one other reason: the dairy boom for the first half-and-a-bit of 2014. Banks tend to have favourite sectors to lend to. In 2013 it was very much the housing sector. But, as that year progressed, big rises in dairy prices made lending to dairy farmers seem to be a particularly attractive proposition.

I argue then that the main reason for a slight slowdown in the housing market was because banks were upping the proportion of their lending to dairy farmers.

Now, however, in late 2014 the dairy sector is looking vulnerable, and certainly is no longer flavour of the month. (Banks are said to lend umbrellas in fine weather, and to call in those umbrellas – or at least lend far fewer umbrellas – when it rains.) So that is a reason to expect more loan money to flow back into the housing market. It’s raining on the Hauraki plain.

Banks must lend. Any organisation which pays interest on deposits must make genuine investments. Otherwise those organisations would be running Ponzi schemes.

Who will the banks lend to in 2015? The government says it will be running a surplus, so it won’t be the government. Christchurch City Council should be a big borrower, but politics will ensure otherwise. The dairy sector looks to be out of favour in 2015. So, my guess is that a greater proportion of bank loans will go to housing and other forms of real estate in 2015; indeed I understand this has already happened in late 2014. With the LVRs still in place, that means speculative ‘land-banking’ is likely to flourish more than ever next year. Meanwhile, the government’s heads remain firmly buried in the fabled sand.

If we don’t want our banks to run Ponzi schemes, then our deposit-taking banks must lend. Who to? Who will be our flavour-of-the-month debtors in 2015?

New Zealand banks like to lend to business sectors which are selling plenty of stuff to ordinary New Zealanders. But, when half of us are too poor to spend much and the other half are too miserly, then banks end up lending to speculators and to the spending poor. We might not like it, but that’s what banks must do. The alternative is that they charge us fees (and pay no interest) for minding our gold.