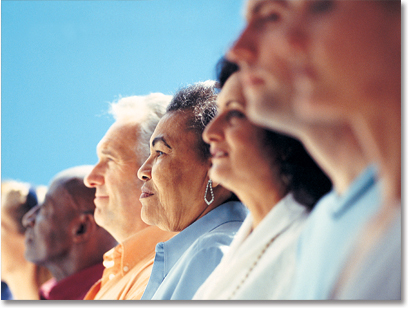 THE BABY-BOOM GENERATION (49-68 year-olds) currently numbers just under a quarter of New Zealand’s population. Even so, there is a pervasive notion that the generation of New Zealanders born between the end of World War II and the mid-1960s exercises a decisive influence over just about every aspect of contemporary life. Younger New Zealanders, in particular, seem convinced that the difficulties they are experiencing in relation to education, employment and housing are entirely attributable to the selfishness and indifference of the “Boomers”.

It’s easy to see how the Baby Boomers have ended up in the frame for these crimes against youth. The simple passage of time means that even the youngest of the Boomers are fast approaching their fiftieth birthday. Since the people making most of the important decisions in any society tend to be aged between 40 and 60, who else could possibly be to blame? The Boomers are the ones with the experience; the ones who have patiently climbed their way to the summit of the big institutional hierarchies; the ones who find themselves bearing more and more of the responsibility for what goes on.

Which is exactly as it should be – given that the promotion of the old over the young is a feature of every human society. When the Boomers themselves were in their 20s and 30s the big decisions of the day were being made by the men and women who had lived through the Great Depression and World War II. In New Zealand this cohort was known as “the RSA generation” and we Boomers railed against it every bit as ferociously as Chloe King rails against our own. If Generation Y thinks John Key is a bad bugger, I shudder to think what it would make of Rob Muldoon!

On this issue, it’s a little difficult to grasp the purpose of Ms King’s polemic. Is she really, as the voice of Generation Y, suggesting that society should deny itself the benefit of older people’s experience? That, somehow, everything would be better if the businesspersons, doctors, lawyers, teachers, electricians, plumbers and brain surgeons with 20-30 years’ experience were suddenly dismissed from their positions and replaced with people only a few years out of high school?

Gen-Y could, I suppose, point to Alexander the Great, who conquered the known world (or, at least, that part of it known to the Macedonians) by the age of 33. Or, to Britain’s youngest ever Prime Minister, William Pitt the Younger, who, at the age of 24, led his country to war against the revolutionary French Republic. But, if they did, it would then be up to the Boomers to direct these opponents of gerontocracy to the example of Mao Zedong’s “Great Proletarian Cultural Revolution”.

Between 1966 and 1969 Mao’s youthful “Red Guards” were instructed to root out the “Four Olds” – Old Customs, Old Culture, Old Habits and Old Ideas – along with, naturally, the Old Party Comrades who, by allowing these antiquated practices to flourish, threatened to strangle the Revolution, restore the bourgeoisie to power, and (most serious of all) undermine “The Great Helmsman’s” position as China’s supreme leader.

Following Mao’s death in 1976, his ruthless purge of competence and experience throughout Chinese society was described by the Communist Party, with considerable understatement, as “being responsible for the most severe setback and the heaviest losses suffered by the party, the country and the people since the founding of the People’s Republic”.

The other great avenue for attacking the Baby Boomers is the one that leads from the Golden Age of free tertiary education, full-employment and subsidised housing to this cruel and leaden age of student debt, precarious (or non-existent) jobs and the remorseless dismantling of what the National Party once proudly described as New Zealand’s “property-owning democracy”.

But to criticise the Boomers for enjoying the fruits of the Great Post-War Boom suggests that they were somehow complicit in choosing their own birthdays. Boomers may have enjoyed the benefits of, but they did not create, the social-democratic society which raised them. That was their parents’ extraordinary achievement, and any Boomer who isn’t truly grateful for what he or she received bloody well ought to be!

Nor is it the case that the Baby Boomers were principally responsible for destroying the social-democratic society from which they had derived so many advantages.

The principal architects of the neoliberal “revolution” of 1984-1993 were not Baby Boomers at all, but members of the generation which preceded it. Roger Douglas was born in 1937. Michael Bassett in 1938. Bill Birch entered this world in 1934. Jim Bolger, a year later, in 1935. Not even David Lange could lay claim to being a Baby Boomer. He was born in Otahuhu in 1942. What about the three high priests of the neoliberal faith: Graham Scott (Treasury) Don Brash (Reserve Bank) and Roger Kerr (Business Roundtable)? Nope. All three neoliberal ideologues were born during – not after – World War II.

Yes, of course, there was a host of Baby Boomers who were only too happy to sign-on to the Magical “Free-Market” Mystery Tour of the 1980s and 90s. Richard Prebble, David Caygill, Mike Moore, Ruth Richardson and Jenny Shipley were all post-war babies. So was Labour’s most successful post-war Prime Minister, Helen Clark. (Even if her Deputy-Prime Minister, Jim Anderton, and her Finance Minister, Michael Cullen, were not.)

By 1999, however, the “reforms” of the 1984-93 neoliberal revolution were so deeply entrenched, and so fiercely defended, that a revolution of equal intensity and duration would have been required to root them out.

Shouldn’t the kids of the 50s and 60s have launched such a revolt? Risking everything to restore the New Zealand of drab conformity, racist amnesia and smug misogyny that, as teenagers and young adults, they had devoted so much energy to shaking-up and tearing-down?

Some of them did try – sort of. Jim Anderton’s NewLabour Party and, after it, the Alliance, attempted to secure the best of both worlds: the full-employment, compulsory unionism, free education, public healthcare and affordable housing of Mickey Savage’s legacy, plus the radical emancipatory agendas of the new social movements for nuclear disarmament, ecological awareness, feminism and indigenous rights.

And, if neoliberalism had been confined to New Zealand alone, they just might have succeeded. But, the neoliberal revolution, along with the ruthless advance of globalisation it facilitated, was an international phenomenon. Margaret Thatcher (b. 1925) and Ronald Reagan (b. 1911) may have led the charge, but behind them were arrayed financial and corporate resources beyond the power of any single generation to overcome.

Besides, by the 1990s most Boomers had more pressing concerns. There were jobs to keep, business to build, mortgages to pay and, eventually, children to raise.

No one who has yet to hold their own child in their arms can fully comprehend how all-embracing is the priority of its welfare. When we are young it is possible, in a sense, to stand upon the banks of history and watch it flow by. But parenthood sweeps us up and into the rushing waters of historical time and only the very strong, or the very lucky, are able to resist the currents that bear their families forward.

What all parents try to do, however, even in the grip of these currents, is steer the craft that bears their children safely to shore. To give them the same brief respite that they enjoyed. To let them, if only for a little while, stand alone and unscathed by the relentless onrush of time.

Having found their feet, however, the younger generation’s task is not to bemoan the fact that their parents’ boat has sailed away without them; it is to set about building a boat of their own.