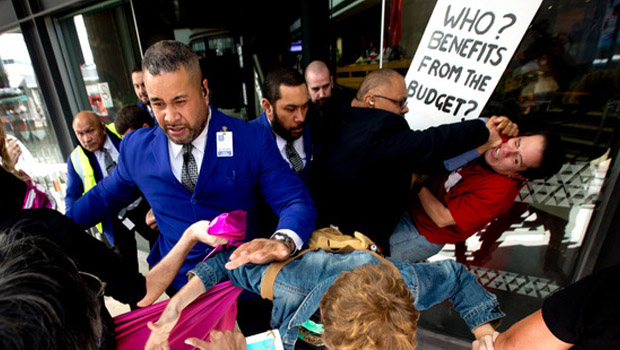 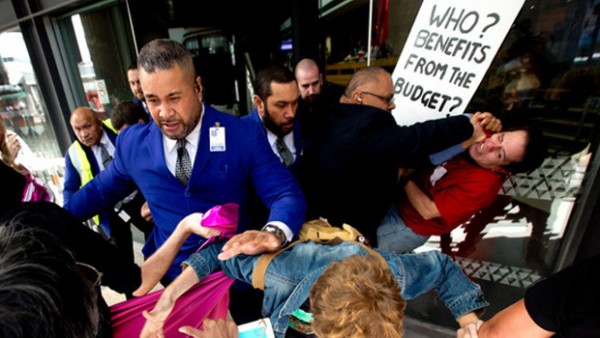 Ethical standards in journalism and broadcasting have been dropping for a long time and it’s no surprise to see the new lows plumbed by TV3 News and Current affairs head Mark Jennings who now approves broadcaster Paul Henry continuing with his “private” deal to promote Skycity casino.

Last weekends Sunday Star Times describes how Henry is one of Skycity’s “ambassadors” – free meals, drinks and accommodation at any time – as part of a “long-standing relationship” between the casino and what the SST describes as a “controversial broadcaster”. (I can think of a host of other more appropriate titles for Henry – and no, journalist is not one of them)

In January Jennings told the New Zealand Herald that a commercial relationship with Skycity would not be appropriate for Henry on the news and current affairs show – The Paul Henry Show.

Jennings now says that because no money changes hands – Hey Presto – it’s not a commercial arrangement!

Just how pathetic and sordid that sounds is lost on Jennings whose grasp on ethics or moral behaviour is less secure than a circus performer’s grip on a greasy pole.

So Henry is approved in his role pumping up patronage at Skycity for along with TV1’s Mike Hosking who is equally compromised.

Neither of these men can claim independence or professionalism in their broadcaster roles – they are corporate chatterlings.

And underlining just how sick their promotion of Skycity is an article in this morning’s New Zealand Herald reporting that people seeking help for problem gambling are at an all time high with Pasifika people showing the steepest increase.

None of this is surprising because Skycity’s pokies are designed to addict vulnerable people – and the most vulnerable are the hundreds of thousands of low-income people who gamble from a mixture of hope and desperation.

Stealing (because that’s what it is) from the pockets of low-income families is where Skycity gets the money to give Henry and Hosking their untold freebies and where the money will come from to build the new convention centre in John Key’s sordid deal with his favourite corporate.

No wonder Hosking and Henry are such cheerleaders for John Key and Skycity..