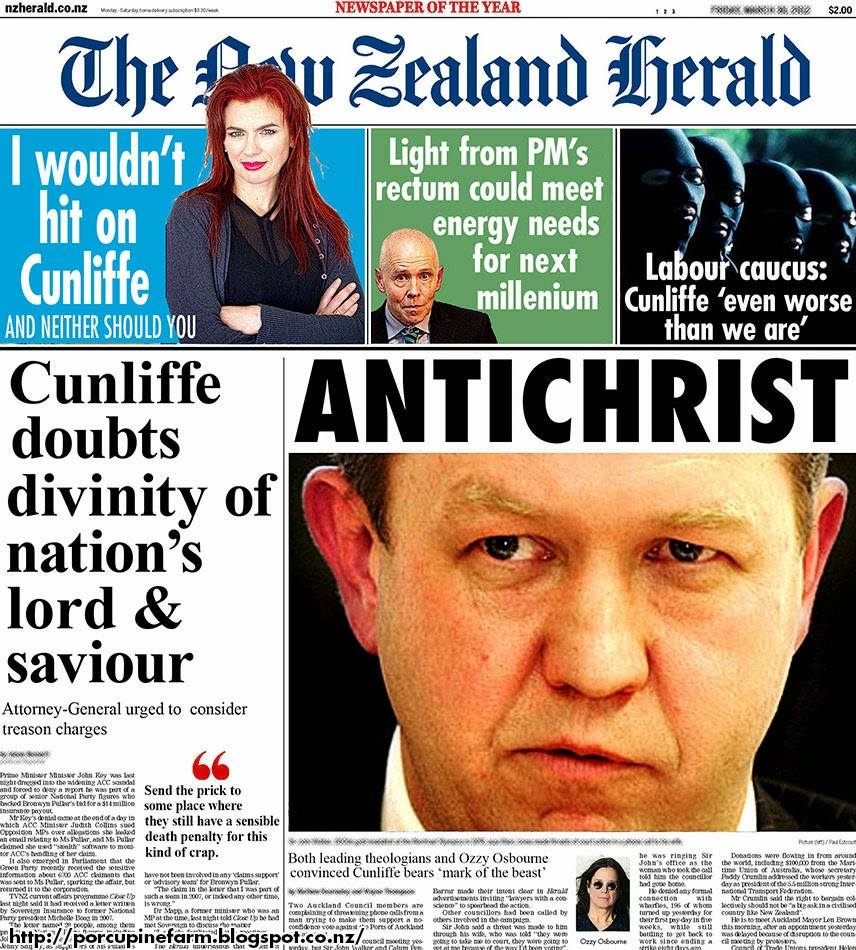 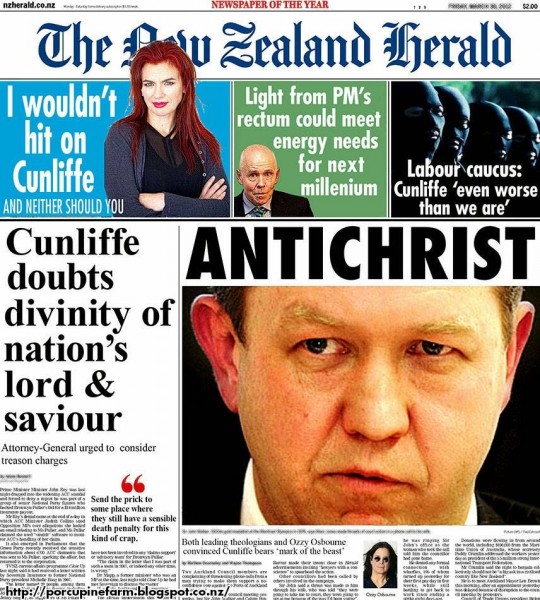 I’ve been very critical of media reporting of Internet MANA during the election campaign and not surprised at the predictable response from representatives of the corporate media establishment.

I wasn’t going to carry this further but was asked at the last minute to go on a TV3 panel on Saturday to discuss media reporting of the election so thought I should flesh out here my concerns in a bit more detail.

I think reporting of Internet MANA during the election campaign was poor and often outrageous. TV3 and the New Zealand Herald in particular were appalling.

I’m not saying the reporting cost Hone Harawira’s his seat in parliament. I’ll repeat here that Hone’s seat was lost because the entire political establishment joined in an unholy coalition to get their supporters to vote for Labour candidate Kelvin Davis. David Cunliffe led the charge with the Prime Minister, key figures in the Maori Party and Winston Peters all joining the witch hunt. It says everything about Davis and Hone Harawira that such a determined effort was made to replace parliament’s most effective and outspoken MP with a career politician who will never rock the economic boat or challenge the rule of the rich which drives economic policy today.

So what’s the problem with TV3 and the Herald reporting?

From the outset TV3 political editor Patrick Gower was openly hostile to the strategic alliance between MANA and the Internet Party with its millionaire backer Kim Dotcom. I’ve no objection to Gower having that opinion and expressing that on his TV3 blog. However when that personal opinion drives the narrative which is presented to the public night after night as news for the entire campaign period then that’s an abuse of the critical role of the media in a democracy to report politics without fear or favour.

Gower’s stance carried over to TV3 reporters (I can’t bring myself to describe them as journalists) Tova O’Brien and Brook Sabin such that pretty much the entire TV3 reportage was a hotchpotch of snide, negative reporting of Internet MANA.

I accept Corkery’s outburst was always going to feature on the news as a compelling piece of television but there was no perspective whatever to the report and not a word about the centrepiece policy announcement from the launch. For the record it was a bold jobs initiative the likes of which New Zealand hasn’t seen in a generation.

Needless to say that piece was repeatedly shown throughout the rest of the campaign (10 or 20 times?) to illustrate the “problem” of Internet MANA and its millionaire backer Kim Dotcom. In doing so TV3 confirmed the birdbath nature of its commitment to journalism.

To be fair other small parties also suffered some awful reporting. ACT and the Conservatives were ridiculed sometimes – not for their policies but the alleged quirkiness of their candidates.

Mainstream media know they won’t get much comeback when they ridicule smaller parties but that’s no excuse for cheap, shallow reporting where the objective is to “catch people out” rather than examine and critique party policies on behalf of the public.

The New Zealand Herald reporting on Internet MANA collapsed into farce after the “moment of truth” town hall meeting on the Monday before the election.

Instead of running stories taking the Prime Minister to task for his continuously misleading responses on the question of mass surveillance of New Zealanders the Herald chose to do its best to bury Internet MANA with its funder Kim Dotcom in a tsunami of heavily-negative, front-page reporting because of the alleged failure of Dotcom to produce evidence that the Prime Minister lied.

The evidence had in fact been reported earlier that same day by the Herald itself in an email showing the Prime Minister was well aware of Dotcom well before the Hollywood-orchestrated raid on Dotcom’s mansion.

As I said earlier the media and political establishment were happy for MANA to occupy a small “principled” space on the political landscape (the Herald even editorialised that they would be happy for me to be an MP!) but became outraged (read Patrick Gower) that we were taking money from a millionaire.

Objecting to big money donations for political parties has never been such as issue until a left-wing party got big-money backing with no strings attached. No mention of the critical diet of business donations which keep Labour and National afloat – just outrage that a group prepared to challenge corporate rule might be well-funded for an election campaign to do so.