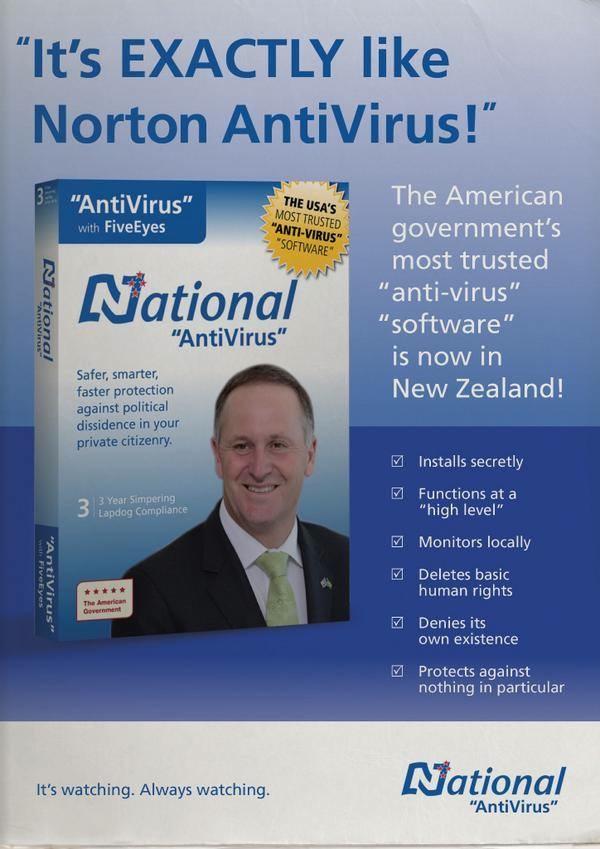 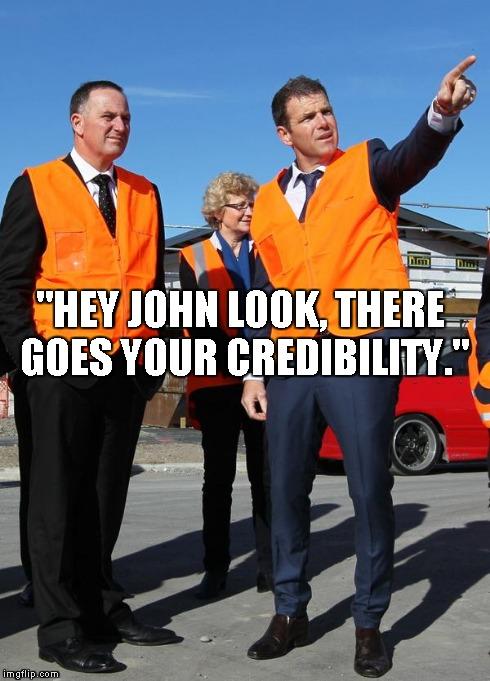 Gordon Campbell puts it most devastatingly…

Think about it. It may seem (marginally) plausible that Key should suddenly backtrack on a GCSB programme that he would surely have known about since its inception. Yet could he also in the process, significantly abridge a surveillance system seen as integral to the Five Eyes arrangement ? Logically, that seems highly unlikely. We like to think that we punch above our weight, but outpunching the NSA and unilaterally pulling the plug on a system that has been endorsed by our Five Eyes partners – such that they then wouldn’t be able to implement the system as a whole ? This would be the security intelligence version of withdrawing from the ANZUS pact. Key’s explanation simply doesn’t make sense.

Before getting onto the specifics of Key’s defence, the change in his relationship with the GCSB is, literally, incredible. The John Key of last year has vanished in a puff of smoke. Remember the Key who claimed to be unaware of what on earth the GCSB was up to – trust him, he knew nothing, nothing about the joint Police/FBI/GCSB operation being mounted on Kim Dotcom’s home until virtually the day it happened? All gone. Now we are being expected to regard him as the eagle-eyed monitor who crisply intercepted the GCSB’s proposed new modus operandi and knocked them back when they presumed to step over the line.He’s onto it, except when he isn’t. So, which John Key has been running the GCSB – the one who doesn’t know and can’t be held accountable for what it does, or the one who micro-manages its every intention?

…Key has been deceptive and has agreed to things no real leader of NZ would agree to. I don’t feel subservience to American Corporate Interests and the building of a mass surveillance state were spelt out in that nice TV advert where they’re all rowing.

I understand why they’re putting their backs into those oars now, Key’s rowing NZ to Washington.

The Daily Blog will live stream the event from 7pn.