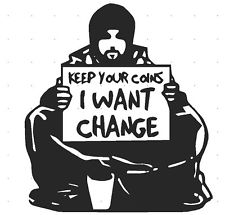 It should be an abhorrence in a nation that once prided itself on its egalitarianism that National want to borrow another $500 million per year while 250 000 – 285 000 children live in poverty.

There are two reasons why these tax cuts are a sick joke.

Firstly, there won’t be any bloody money to do this in 3 years. The economic forecasts are that post the Christchurch rebuild, we are going to have an economy that is about to tank. This Government has done sweet FA to manage the economy, they have shrugged and left it to crony capitalism and the ‘market’. National are about as good at economic stewardship as Cameron Slater is at honest journalism.

Secondly, MANAs ‘Feed the Kids’ to feed every hungry child in every poor school would only cost $100 million. To blow $500 million in hypothetical tax cuts when quarter of a million children could be lifted out of poverty for a fifth of that cost is an obscenity.

The only reason National have suddenly brainfarted these tax cuts out is to distract from the fall out of Dirty Politics.

We are better than this.