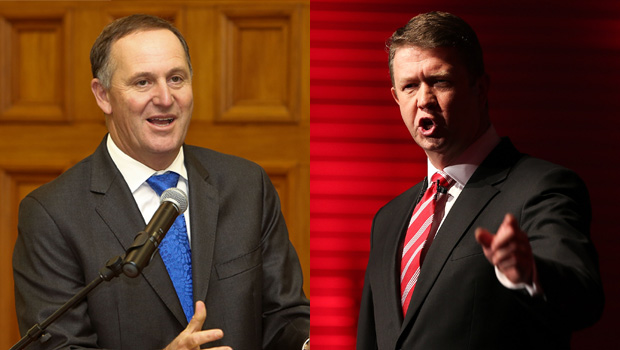 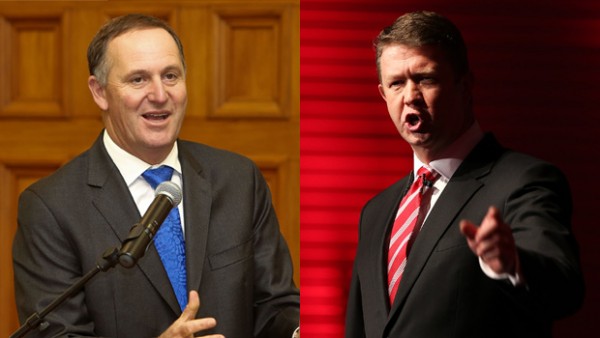 Our political parties are always conflicted between their desires to survive and promote a philosophy and set of policies, and their wish to govern or at least participate in government. The former is their reason for being; the latter is their opportunity to make a difference through government.

The Green Party remains strong and saintly because it has avoided participation in government, and, by placing itself to the left of Labour, will probably continue on this government-avoidance path. We may see a repeat of 2005, when New Zealand First shut the Greens out.

The Labour Party looks unlikely to score more than 25% on the party vote. This hides a possible cunning strategy that may turn a low party into victory for the left. As far as I can tell, this year Labour is placing much greater emphasis than National on the electorate vote. The cunning strategy would be for Labour to bleed party votes to Green or Internet Mana, while pulling out all stops in the local electoral contests.

(The electorate vote is generally much like a Mayoral contest. Voters understand this, though journalists by and large do not. Many cities have Mayors with different political persuasions from the parties that are favoured in general elections. And many electorates are represented by MPs of a party that did not win most party votes in that electorate. That was indeed true of my own New Lynn electorate in 2011.)

Looking at iPredict a few days ago, I found 28 electorates that Labour candidates are likely (45% chance or better) to win. Then there are other electorates which Labour can win, such as New Plymouth, Rotorua and Maungakiekie. If Labour get just 22% of the vote (as National got in 2002), then Labour could have several overhang seats and no list MPs. The second bonus for Labour, under this scenario, would be the loss of Mr Miser (David Parker). They would be well placed to rethink their economic policies, and they might even be in a position to implement their rethought policies.

In the following I will suggest tax strategies for the principal parties on the right and left; strategies that emphasise the middle ground of participation through compromise. Whenever a party participates in government it will inevitably have to make choices that upset its members for whom philosophical purity is more important than influence. One policy direction that discomforts the parties of the left is cutting taxes.

I suggest here a good, deceptively simple, and potentially very popular income tax policy for the left. But before that, I note National’s situation, and what National can do on the income tax front if it wants to be returned to government.

For the National Party being in government generally wins out over philosophical purism. Nevertheless, the tension is always there. It’s the party of privilege and property. It attracts voters without privilege or property through a mixture of aspirational politics – privilege (‘success’) and property are presented as something anyone can achieve – and divide and rule politics. The cultivated nuance is that it’s the non‑aspirational ‘losers’ on the left who hold back those battlers with little but their aspiration.

Parties of privilege are not the natural parties of government in a democracy. By definition, only a minority can attain privilege. So parties on the right always need to ensure that centre-right voters always vote, and that their votes are not wasted on some party that will not qualify for entry under the prevailing MMP qualifying rules. National nearly blew it last time, allowing five percent of ‘right’ votes to be wasted on the Conservatives. This time, thanks to ‘dirty politics’, National can probably count on Conservative votes counting. National remains in the box seat. But the suspicion remains that, once again, the rich are intended beneficiaries of National’s income tax policies.

National’s pitch for the centre is its emerging promise to cut taxes to low-middle income earners; to give something back to the underpaid battlers whose support it depends on. Indeed it’s a good strategy, though one that could be bungled. It recognises that many of these people lead insecure and exploited lives. They are not getting a fair return on their public equity; on their stake in New Zealand Inc.

Fortunately, I can do tricky; tricky as in ‘good at arithmetic’. The way to achieve the ‘only low-middle-income option’ is to cut taxes at the bottom end of the scale while simultaneously increasing them elsewhere in the scale. Here is what National must do if it to keep faith with those to whom it has dangled the tax-cut carrot.

In noting that one of the major aims of the National Party is to transition people from welfare to work, the single most important policy to achieve this end is to remove almost all taxation from casual primary employment and part-time employment. My suggestions achieve this.

I heard on Radio New Zealand yesterday morning that Russel Norman thinks our fiscal priority is to pay down public debt. It is sad to hear that the Greens are competing with Labour to be the party of austerity. In general the two parties seem closely aligned on income tax, promising to tax the top five percent a little bit more in return for some measures to reduce child poverty and school class sizes. They are not really offering any hip-pocket incentives to those voters in the middle.

This preference for principle over participation – a rather dubious principle of private and public parsimony – suggests that their only possible route to power is some major blunder on the right, or at least the hope that Winston Peters will maintain his present distaste for National.

On debt reduction, the most fiscally sound principle is not to repay debt; it is to increase public debt in the medium term at the same rate that the economy is growing. Public debt should only be paid down when the economy is really booming; indeed when the private sector is taking on debt. (Also, public saving must coincide with private dis-saving). As a rule of thumb, no government should repay debt while the unemployment rate is over four percent. And governments should be running deficits if the unemployment rate is above five percent. Across the economic cycle, governments should be running deficits about two-thirds of the time.

The Labour and Green Parties should be aiming to raise taxes overall, while paying tax cuts to the critically important low-middle income households. In short they should adopt, for this election, one of the same tax policies that I have suggested for National (say the conservative Option 3), but with one difference. Labour would raise the 33% rate to 36%, and the Greens would raise the 33% rate to 40%.

This (at Labour’s proposed 36% top rate) would mean everyone earning less than $92,000 per year getting a tax cut and everyone earning more than $92,000 getting a tax increase. By far the majority of taxpayers would receive the maximum $12.69 per week tax reduction. Someone on $150,000 would pay $33.47 per week more in income tax, hardly a wallet-breaker. Revenue lost on the $12.69 tax cut would largely be made up in revenue gained on the reduced threshold for the 36% rate, and a higher trust rate (36%).

The above suggestions could be political winners in 2014 for whichever of the abovementioned parties takes them up. But they are not in themselves tax reforms. Rather they are adjustments to the present tax scale that give small tax cuts only to people on low-middle incomes, and give no-change or tax increases to higher income recipients.

Actual tax reform requires a conversation on more sustainable ways to account for taxes and benefits; and to show how it is possible to simultaneously increase productivity, decrease labour supply and decrease inequality. Technically it is very easy to do. The obstacles are mainly conceptual inertia and the widespread innumeracy of people who identify with the left of politics.