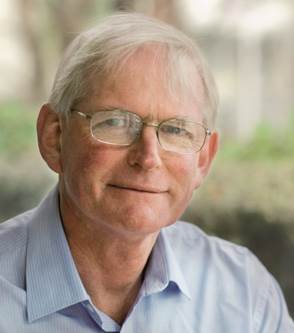 GEOFF BERTRAM is a national treasure. For 35 years he has lectured young New Zealanders in economics. Whoa there! Not so fast! Don’t jump to conclusions! When I say “economics” I’m not referring to the crude neoliberal propaganda that today masquerades as economic theory. No, among the purveyors of that particularly dangerous brand of nonsense Geoff Bertram is loathed and detested as an apostate of Keynesian Hell!

The economics Bertram has imparted to his students over the past 35 years is an economics whose assumptions are grounded in reality. Assumptions that acknowledge and incorporate the research of other academic disciplines – like History, Geography, Sociology, Psychology and Ecology – rather than being derived exclusively from Philosophy and Mathematics. It’s what makes Bertram and his analyses so dangerous to the neoliberal establishment.

The former CTU economist, Peter Harris, once described the dramatic imposition of “Rogernomics” in the mid-1980s as a “bureaucratic coup d’état”. Thirty years on that may sound a little melodramatic, but for those who lived through the neoliberal seizure of power and the ensuing eight years (1985-1993) of ideological co-ordination, Harris’s choice of words remains peculiarly apt.

High on the list of those to be “co-ordinated” into either compliance or redundancy were those with the intellectual and academic resources to seriously challenge the new orthodoxy. The Lange-Douglas Labour Government (advised by the coup’s organisers at Treasury and The Reserve Bank) was determined to extirpate Keynesianism root and branch. Those who attempted to defend the economic models which had contributed so much to the 30-year-long post-war economic boom were to be offered just two choices: get on board – or get out.

A couple of years ago I had the good fortune to be seated next to Geoff Bertram at a post-seminar dinner organised by the Centre for Theology and Public Issues at the University of Otago. Hearing him describe the way he and his colleagues were treated by the “co-ordinators” left me feeling profoundly disturbed. Certainly, any fond notions I may have entertained concerning the independence of our universities and their supposed commitment to being the “critic and conscience” of society did not survive our conversation.

In the aftermath of the 1984 election, the new neoliberal establishment (comprising most of the parliamentary Labour Party; senior officials of the Reserve Bank and Treasury; business leaders who had already embraced the neoliberal creed and a growing number of ambitious politicians, bureaucrats, journalists, business people and academics who had grasped the importance of not being found in possession of ideas hostile to neoliberalism’s success) needed to send a message. The fate of  Professor Bryan Philpott and BERL’s Brian Easton communicated very effectively what lay in store for those who questioned the new orthodoxy’s economic assumptions.

Victoria University, as the capital city’s intellectual powerhouse, was particularly afflicted by the ideological warfare that accompanied the advance of the neoliberal project. For many years it resembled a genteel version of prohibition era Chicago. Departments, Centres and Institutes were invaded, taken over, reclaimed and defended by academic “gangs” from both sides of the Rogernomics “revolution”. Throughout these wars Bertram remained a loyal defender of reality-based economics. Somehow he survived. Not all of his colleagues made it out alive.

The reason for the new order’s determination to silence its critics was simple: it understood that ideas matter. Those with the skill to gather empirical data, test models and generally ask the right questions, pose a deadly threat to any system of thought which is vulnerable to evidence-based argument. Neoliberalism, as a system constructed upon a series of highly questionable anthropological, sociological and economic assumptions about the drivers of human behaviour and the ultimate purposes of the institutions human-beings construct, simply cannot afford to have its ideas subjected to rigorous intellectual scrutiny. To survive as a credible ideological system, Neoliberalism is forced to rely upon the deliberate political suppression of any and all opportunities for effective rebuttal.

Hence the near panic induced by Geoff Bertram’s analysis of New Zealand’s energy sector in which he sharply criticises the three-decades-worth of price-gouging engaged in by both the publicly- and privately-owned energy companies. So effective was Bertram’s critique that, Carl Hansen, the newly appointed head of the Energy Authority felt obliged to commission a thorough-going rebuttal of the Wellington economist’s research.

Hearing Bertram deconstruct Hansen’s rebuttal was a true delight. Never before have the absurd assumptions of neoliberal economics been so ruthlessly exposed. Hansen’s understanding of the world appeared to be based on nothing more than the crudest of a priori reasoning. He simply couldn’t conceive of a world driven by ideas and values that had nothing to do with the “weighted average cost of capital” and everything to do with building a nation.

Clearly stung by Bertram’s rebuttal of his rebuttal, Hansen launched another (this time highly personal) attack on Bertram in front of a press conference on Wednesday, 5 February.

“At the press conference Hansen went on to attack media commentators, singling out Bertram. ‘He isn’t a very careful analyst. He is often portrayed in the media as a professor. He was never a professor and he was never an economist. He was a geographer. I think it [Bertram’s research] is showing his lack of technical ability.’”

“When they go personal it shows they are losing it (and the argument). Geoff Bertram is certainly an economist – he has a D.Phil in economics from Oxford University and taught economics at Victoria for 35 years. The chapter which provoked the Electricity Authority was presented to an international forum in Germany last year.”

If just a single academic critic (albeit a bloody brilliant one!) can inflict such damage on an institution with the prestige and resources of the Electricity Authority, just imagine what 20, 30, 40 of our best and brightest scholars could do to the reputation of the component institutions of the entire Neoliberal Establishment.

Rigorous research; the quiet amassing of hard evidence; testing the data against the predictions of the modelers; being aware of the historical and ideological context in which the decisions of our ancestors were made; understanding that human-beings do not always act as “rational utility maximisers” but as citizens determined to build a better world for those who come after them: the people who can do this wield an enormous power for good on our behalf.

Geoff Bertram is one such person. We need so many more.

Note: Geoff Bertram will analyse the prospects for the Labour-Green’s single-buyer model for electricity at a public meeting on Tuesday 11 February in Wellington. Visit the Fabian Society website http://www.fabians.org.nz/index.php?option=com_civicrm&task=civicrm/event/info&reset=1&id=93  for details. 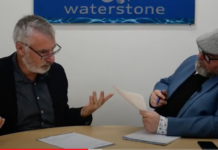