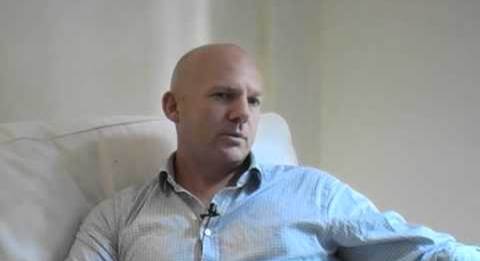 JAMIE WHYTE could hardly have asked for a better start. By choosing a largely unknown leader on the day TV3’s Reid Research Poll showed Act attracting zero popular support, the Party’s Board of Directors have given their new champion the ultimate blank sheet of paper. From here to Election Day, Whyte’s only options are up – or out.

It’s a gutsy roll of the dice by Act’s governing body. The option was always there for them to go with a safe pair of hands, the man with parliamentary experience, the most reliable source of funds. But their collective judgement was that the choice of John Boscawen would change nothing. The voters of Epsom might oblige the true object of their affections, National, by gifting it a coalition partner, but only at the price of confirming the public’s perception of Act as nothing more than a Government glove-puppet. The Party would remain in its vegetative state until the day someone in National finally decided it was time to switch off the life-support.

Whyte and his “running-mate”, David Seymour, are determined to rescue Act from such an ignominious fate. Their aim is to lift Act’s party vote from zero to 3.5 percent. That level of support would restore Act’s utility to the Centre Right by providing the National Party with a reliable, neoliberal ally to its right and thus averting the inherent dangers of negotiating deals with Winston Peters’ economic nationalists and/or Colin Craig’s ultra-conservatives.

The big question now is “How?”

Neoliberalism is a broken drum, behind which fewer and fewer people (including many National Party supporters) are willing to march. This presents Whyte, the man who believes in both the decriminalisation of Cannabis and the elimination of all labour laws, with a policy dilemma. In which direction should he lead what remains of Act’s army? Leftwards into libertarian territory? Or rightwards, in the direction of authoritarian capitalism?

It is possible to argue that Whyte has already signalled his party’s direction of march by publicly ruling Act out of the decriminalisation of Cannabis debate. If he’s serious about throwing away this emerald opportunity to place Act in the vanguard of the growing global scepticism towards prohibitionist solutions to drug use, then he will be forced to take the darker path. Rather than being associated with freeing things up, Act will find itself on the side of those who would ban unions and curtail New Zealanders’ freedom of association.

He needs to ask himself: “Which is the faster path to 3.5 percent?”

After two decades of unparalleled industrial peace, is there really a political constituency for smashing the unions? (Apart, that is, from those who read the NBR and dominate the commentary threads of Kiwiblog and Whaleoil?) Act’s greatest electoral liability has always been the ease with which its opponents have been able to attach the “far-right” label to its policies. Will deliberately picking a fight with what remains of the trade union movement do anything to dispel the far-right reputation that still hangs around Act’s neck?

If Whyte believes the answer is “Yes”, then one thing at least is clear: History was not among the subjects he mastered at Cambridge. An historian of nineteenth century Britain especially would know that the sort of laissez-faire policies favoured by classical liberalism (and, apparently, by Act) necessitated the repeated initiation of state-administered force and policies of malign neglect. Everything from the Peterloo Massacre, to the transportation of the Tolpuddle Martyrs, to the condoning of child labour and the refusal to interfere with the free play of market forces during the Irish Famine played their part in the discrediting of nineteenth century classical liberalism and its supersession by the new social liberalism of the twentieth century.

Arguments tending towards the resurrection of extreme laissez-faire economics, no matter how radically presented in philosophical terms, can only lead, in practical terms, to a vast increase in the coercive powers of the state. Englishmen were not prepared to support such a regime in the Age of Steam and New Zealanders will certainly not support one in the Age of the Internet. To end the inevitable resistance to such policies, Whyte and Act would have to erect an infrastructure of repression on a scale to match China’s or North Korea’s. Whyte does not strike me as a supporter of totalitarianism and I cannot imagine Act’s electoral purposes would be served by advocating its methods.

But if a march to the Right offers scant opportunities to grow Act’s party vote, what policies (apart from the decriminalisation of cannabis) would Act need to offer as part of a march to the libertarian Left? Whyte’s new BFF, Matthew Hooton, points the way in in latest NBR column, where he demands to know:

“Quite why middle-class families and SMEs should be taxed to improve the profitability of farmers and meat companies remains a mystery and, at one level, who cares? Paula Bennett burns through $15 million on welfare every six hours and genetic science is undoubtedly a better spend than another cent on the dole.

“Still, what is wrong with a multi-billion dollar industry that it won’t stump up its own $15 million for R&D but instead makes a call on taxpayers?

“And why is a National-led government saying yes?

“Not since 1984 has a genuine free-market party been so necessary.”

A full-scale assault on “corporate welfare” and a relentless focus not on the public enemies of free enterprise but on the monopolistic and other market-distorting practices of large private corporations would open up a new and readily persuadable demographic to Act’s appeal for votes.

In tens-of-thousands of New Zealanders there is an abiding longing to be free from the tutelage of both public and private masters and to win the freedom that comes from being one’s own boss. Paradoxically, the New Zealand state makes it almost absurdly easy to set up a private company as well as offering significant tax concessions and inducements to carry it through the early, most vulnerable years. The largest obstacles to establishing a small business are the demands of the Australian-owned banks and the anti-competitive instincts of already established businesses.

If Act’s new leader was to become the champion of the genuine entrepreneur, the person yearning to have a go on his or her own account, by promoting policies that guaranteed an end to the state subsidisation of large and already successful businesses, ready access to credit and the ruthless enforcement of anti-competitive legislation, then winning 3.5 percent of the party vote would be a breeze.

Of course, Whyte’s talk about personal liberty and Act’s claims to be for a free and open economy could be a complete sham. Perhaps all that Act holds for small business-people is contempt. Freeing things up may never have been its true avocation. On the contrary, Act’s mission, from the moment it was launched by Sir Roger Douglas and Derek Quigley back in 1994, may simply have been to do whatever it takes to keep the gains of the vast corporate interests behind the neoliberal counter-revolution of the 1980s and 90s firmly in place.

In which case our response to Jamie Whyte’s election should be the same as the famous final line in The Who’s Won’t Get Fooled Again: