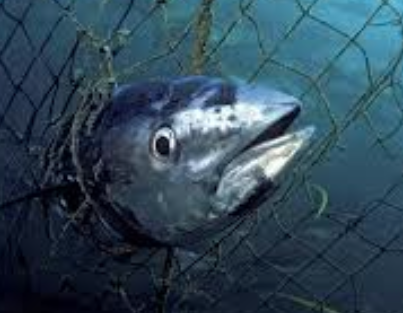 With the Japanese fleet illegally hunting whales in the Southern Whale Sanctuary, and apparently in New Zealand territorial waters, there’s just cause for our Government to stand up for our oceans and their inhabitants. But given the condoned mistreatment of our marine environment locally, the Government lacks the moral legitimacy required to speak out about Japanese actions further afield.
At home, seas that were once abundant with life now host only a shadow of their former inhabitants. Whole species are under pressure, and at best our Quota Management System maintains fish stocks to only 20% of their original numbers. That leaves no population resilience or management slack for either future generations’ use or for species viability. We’re fishing like there’s no tomorrow and at this rate, for many species, there probably won’t be.
Our fisheries practices are driving to extinction beautiful species such as Maui’s & Hector’s Dolphins, and New Zealand Sea Lions, which are all now the rarest in the world, as well as sea bird species, because of fisheries by-catch. Regulation is lax, with observers on only a tiny proportion of fishing vessels, and enforcement for by-catch offences weak.
Right wing governments will always favour the interests of the fishing industry over conservation, with maybe a few concessions of a marine reserve here or there, (insufficient without comprehensive oceans management). But the fishing lobby has disproportionate power in the ‘sustainability’ debate which is why our ocean life is being trashed.
The Sea Food Industry is particularly successful in maintaining close relationships with political parties through overlapping interests, as in the case of Peter Goodfellow who is both National Party President and a Director of Sanford Limited. Sanford own almost a quarter of NZ’s Total Allowable Catch under the Quota Management System, and the Goodfellow family own 37% of Sanford. Peter Goodfellow also owns a significant proportion of Sanford in his own right. In other cases election donations to candidates or Parties breed cynicism about the nature of political influence in public policy. Especially when the government ignores scientific evidence in its decision making.
Defence of the seas and the whales who roam in them is left to noble rogue Non-Governmental Organisations such as Sea Shepherd as local states like New Zealand abrogate both responsibility and action. The ‘Last Oceans’ are being stripped of their intrinsic and use values while countries squabble over the crumbs. Incidentally, Sanford Ltd pioneered the Ross Sea tooth fish industry and pursued it to its limits but now support ‘Marine protection’ for part of it as long as other fishing fleets are locked out while their access is retained.
Being a developed island nation, New Zealand could be setting a positive agenda for marine conservation in the South Pacific. But instead, conflicting interests prevent proper decision making. Our country misses the boat with not just international policy, but domestic policy too.