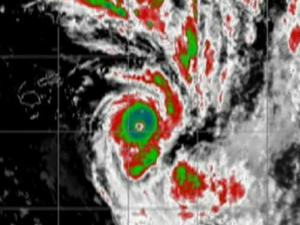 New Zealand has been beset this week with political sideshows where wealthy multimillionaires have announced plans to spend up large for our votes later in the year.

Meanwhile our closest Pacific neighbour has been hit with a devastating cyclone and our government’s response has been weak, pathetic and unscrutinised.

Tonga is our closest Pacific neighbour but the Key government’s initial $50,000 contribution to such a destructive event so close to home was an embarrassment. While loss of life was at a minimum no less than 75% of homes in Tonga’s Ha’apai island group were ravaged.

The Tongan community in Auckland, through the Ha’apai Relief Committee, has so far filled six containers of essential basic supplies for the cyclone refugees while most of that time our government has sat on its hands saying the Tongan government delayed our effort by not immediately asking for help.

This appears to stem from recent tension between Wellington and Nuku’alofa over the use of a disputed aircraft for Tongan tourism as well as the long-standing patronising attitude by New Zealand towards its Pacific neighbours.

Even with this issue in the way our government could easily have quickly moved through non-governmental organisations to provide much more immediate relief.

The government has now agreed to increase its contribution but the figures are still pathetic.

The Tongan community are meeting government representatives this week to try to get support for direct flights from Auckland to Tonga so relief can get to where it’s needed much more quickly. We should all watch out for the government’s reaction because Tonga has contributed hugely to the New Zealand economy over many decades. The least we can do is be proactive and supportive in their hour of need.

Meanwhile the Mana Movement is collecting non-perishable food (bags of flour and rice, canned food etc) as well as such things as fishing gear, bush knives, seeds, ropes and tarpaulins for the Ha’apai Relief Committee to send to Tonga.

This is a point where ordinary people are pitching in to help fill the void left by the government.

Auckland readers of the Daily Blog can support our Pacific neighbour directly by dropping off the goods listed above at:

or by taking them directly to Loto Fale’ia church, 34 Orly Rd, Mangere between 9am and 9pm Mondayto Saturday this week where goods are being gathered together and containerised.

Most New Zealand homes have a fishing rod or two in working condition which are no longer being used – why not send them to Tonga this week?

Our government may have let us down – let’s not let ourselves down by failing to support our neighbours.