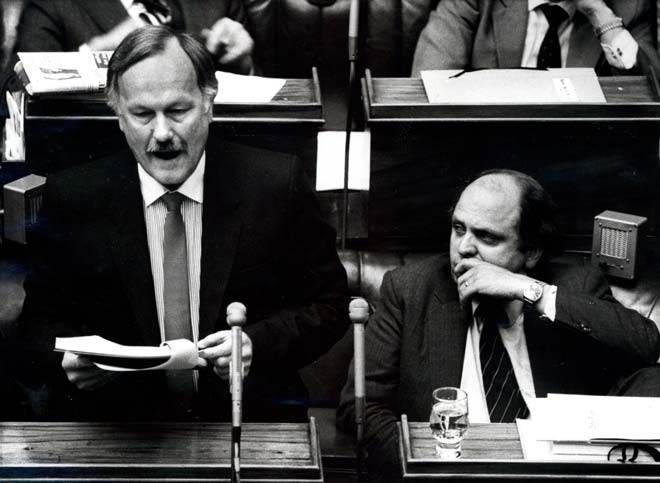 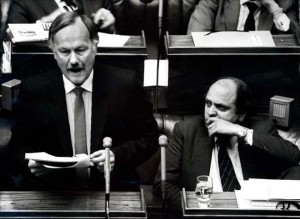 Since losing the 1990 election Labour has had many opportunities to rid itself of its 1980s legacy which devastated the economy and whole communities of Labour voters.

Today’s hundreds of thousands of desperately struggling families has its origin in the aftermath of Labour’s 1984 election victory which gave us Prime Minister David Lange and a group of extreme right-wing ideologues whose names should be etched in stone as Labour’s eternal shame. Betrayal doesn’t get close to describing the behaviour of these Labour Party politicians who destroyed more kiwi lives in six years than all New Zealand’s foreign wars put together.

It was plunder and looting on a grand scale – a catastrophe for the country.

In the time since Labour has had many opportunities to repent and renew itself but it has failed at every turn.

Traditionally when a party gets thrown out of government it does a reappraisal and chooses a new leader. Labour has done the new leader thing regularly but has refused to change economic direction or recant on its abuse behaviour towards people who put their trust in a party claiming to back workers and their families.

Helen Clark was a less extreme free-marketeer but she never broke with the 1980s either in vision or economic direction. She did introduce Working for Families which eased the burden for families of those in work but deliberately left in poverty the families of beneficiaries.

And despite nine years of strong economic growth she left office with 175,000 kiwi kids still growing up in poverty.

Losing the 2008 election was the next opportunity for change but Phil Goff as leader was always going to be more of the same. (I remember speaking alongside him at a Labour Socialist Youth meeting – yes that’s what they called themselves in the early 1980s – where Goff gave a militant speech full of passion and fury at the unfairness of capitalist economies. Within a couple of years he was sitting around the cabinet table with Roger Douglas planning the plundering of the welfare state economy) So Labour limped on.

When Goff was defeated in 2011 it was another chance to search their souls. But no – the 1980s brigade still had their hands firmly around the party’s throat. The likes of Trevor Mallard, Annette King, Phil Goff, Ross Robertson and their fellow travellers from the 1980s installed David Shearer as leader.

From the outset David Shearer, the decent man, was hopelessly compromised and the party continued to lurch from policy to policy without a coherent vision. It still doesn’t have a clue what it stands for and why it’s even there. It’s become a party seeking power for its own sake – to get its MP’s more lucrative jobs as cabinet ministers is the only obvious aim.

David Shearer’s resignation last week gives Labour another chance to break the stranglehold from the 1980s. The only person capable of doing so is David Cunliffe.