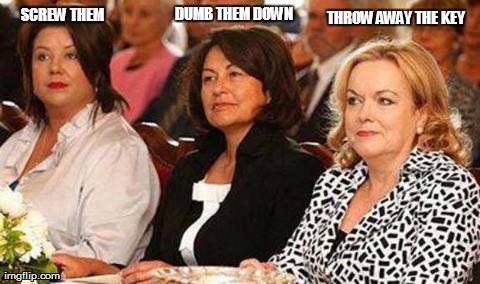 See no Poverty, hear no poverty, speak no poverty.

As the Government throw as many beneficiaries off welfare using whatever bullshit excuse they can come up with, it is interesting to note that despite the proclamations by the right that John Key has somehow ushered in a golden age of economic growth, unemployment surprised all the false banking prophets by rising, not dropping…

But BNZ economists expected a slight decrease, with unemployment of 6.1 per cent.

…so where are all these jobs that these beneficiaries will be forced to do now then Paula Bennett?

The yawning gap of inequality between the 1% richest and the rest of NZ will swallow an entire generation if we have political leaders who believe in government with a microscopic g, NZ needs bold leadership, and we are waiting for the Opposition to provide it.

Let’s hope we are not waiting too soon.