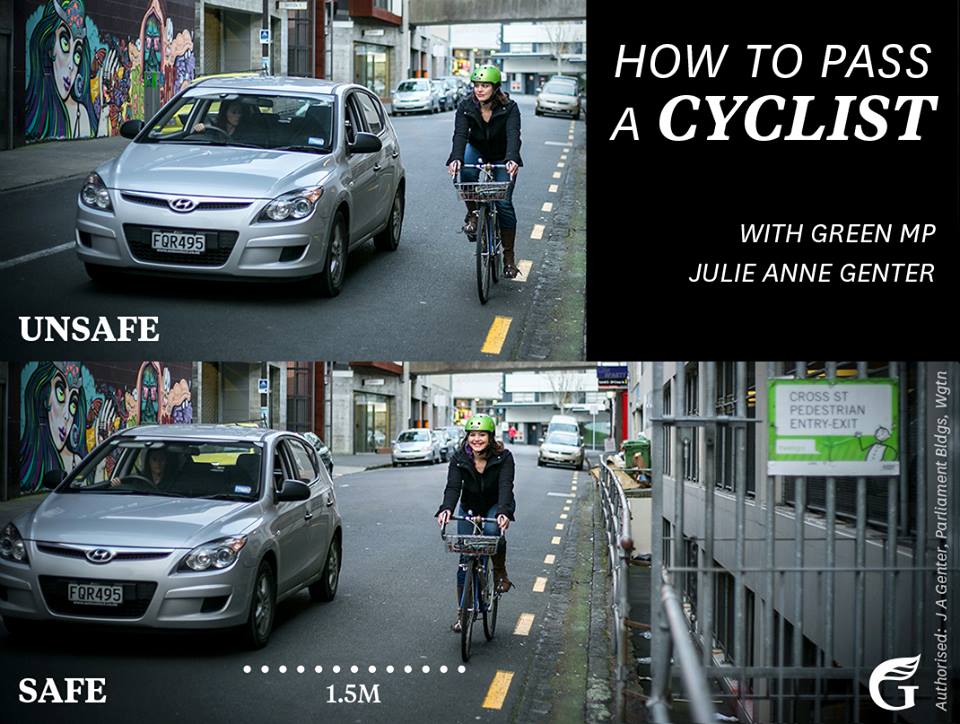 Lately there have been a number of media items that highlight a terrifying attitude of extreme animosity towards people on bicycles. Note I said people on bicycles, not “cyclists”. A huge barrier to a kinder, more understanding behaviour on the roads is the very natural human tendency to split up into tribes.  In the mind of the average person who is driving, “cyclists” are a weird tribe who wear lycra and insist on being on the road, even though it is clearly designed for motor vehicles.

When an anti-cyclist observes a person on a bicycle behaving in way that is technically against the road code, they remember it and then attribute that behaviour to every other person using a bicycle, as if riding a bicycle automatically made one just like everyone else who rides a bicycle.

Let’s just put aside the fact that most of the adults who ride bikes also drive cars sometimes, and many people who drive cars have ridden a bicycle at some point in their lives. Let’s imagine there were two distinct groups. People driving cars, being a much larger percentage of the population, are not usually identified uniquely as “motorists”. Although I regularly see people in cars texting, talking on the phone, driving above the speed limit and running red lights, somehow there is not a widespread feeling that all “motorists” are dangerous and should be banned from using the roads.

The motorists are correct that most of our roads are, at the moment, designed only for cars. That does make them dangerous for people on bicycles. But bicycles are a legitimate mode of transport, and every time someone chooses to cycle they save the country money. A study in Australia found that people on bicycles are worth $21 per 20 min round trip commute. 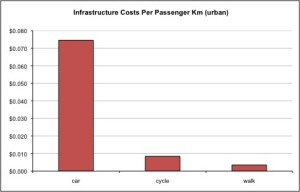 First off, roads are paid for by all taxpayers – not just people who drive cars and trucks. Over half of our local roads are funded from general rates, and everyone (even renters) pay rates (through their rent). Cycle infrastructure is far more cost effective at moving one person per kilometre than car infrastructure – it requires less land, and far less maintenance because bicycles are (conservatively) 50 times lighter than the average small car. Road wear is non-linear, so bicycles cause exponentially less wear and tear than cars.

Secondly, all consumers in the economy pay higher prices for goods and services because of car parking rules – so people who bicycle and don’t take up car parks pay more than their fair share for all the parking that “motorists” almost never pay for directly. 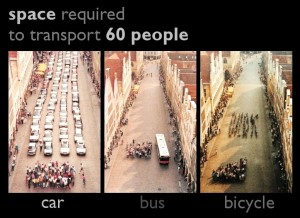 People who bicycle for transport also have fewer health problems and so save taxpayers money by getting more regular exercise than the average car commuter. The health benefits of cycling outweigh the safety risks by at least 20 to 1.

There seems to be a widespread belief that bicycles slow traffic down, and they may do (for up to a whole minute). But bicycles don’t cause traffic jams – quite the opposite. The more people who leave the car at home, or don’t own a car, because they bicycle, the fewer delays because it is cars that require lanes at least three metres wide (usually to carry one person).

I’m not even going to mention the obvious value of less water, air, climate and noise pollution when people bicycle instead of driving.

Given all these benefits, people driving should be very thankful for those on bicycles and may want to show them extra courtesy, because I can tell you from experience, it is bloody scary to have large motor vehicles overtaking at speed right next to you when you’re on a bicycle.

How should one overtake a person on a bicycle? Best practice is to leave 1.5m. If you can’t leave 1.5m, slow down and wait until it is safe to change lanes – just as you would for any other slow moving vehicle. It’s not going to kill you to drive a bit more slowly for a few minutes, and it’s certainly not worth risking killing someone’s family member. 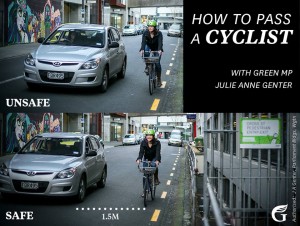 I often get overtaken at tight distances, only to catch up with the same car at the red light. Average speed of a bicycle can be very comparable to or faster than a car in urban areas. There’s no point in driving at top legal speed to slam on the brakes at a red light. You may as well save some fuel and your brake pads by coasting up to the light.

If we can get past the labelling and the tribalism, and acquire a bit of patience, I’ve no doubt that New Zealand drivers can show respect and a duty of care to the heroes who choose to bicycle in the current hostile traffic environment. As soon as the Greens get into government, we can all look forward to roads that are obviously designed to accommodate bicycles, and then cyclists will no longer be a weird lycra-clad tribe, but people we all know.