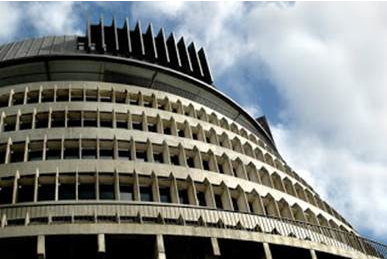 People assembled in Cuba Mall near the Bucket fountain, and when we arrived there were already at least a thousand people in attendence.

This shot looks south; the crowd extends all the way to the Cuba Mall/Ghuznee Street intersection;

The rest of the crowd, looking northward, from my same vantage point (on the Bucket Fountain’s wall); Cuba Mall was effectively packed with people who had joined the protest march. Only TV1 got the numbers right (see: Thousands of GCSB Bill protesters hit the streets)

There were people from all walks of life; all ages; all races; all demographics. Families like this one;

I was reliably informed that Rebecca’s tongue-poking was directed at Dear Leader, and not at myself. But one cannot be 100% certain…

Many of the signs carried messages on both sides, like Mick’s;

People’s messages were often witty and well thought out;

Other’s got straight to the point – stop stealing our human right to privacy;

Paul and Bev from the  Ohariu electorate  both expressed their disgust at Peter Dunne’s behaviour. Neither would be voting for him again, they both said;

Their signs had messages on both sides as well – typical ingenuity from New Zealander’s famed “no 8 fencing wire” can-do attitude;

Dunne must be either brave or foolish to be alienating his voters in this fashion.

Shortly after we arrived, the march took off, headed to Parliament. By this time, numbers had swelled and more people would join as the march moved along Wellington’s streets;

Politicians should take note – the protesters weren’t just radicals, activists, and suchlike – these were ordinary New Zealanders who rarely take to the streets.

What some placards lacked in political rhetoric and ideology, they more than made up in straight Kiwi talk;

And some folk  have just had a gutsful of this increasingly autocratic government and want a chance to change things at the ballot box;

Many of the placards were obviously home-made, by ordinary citizens. Not exactly the “rent a mob” that Key and other Tories have claimed in the past, whenever they dismiss protest movements; And some were downright creative in their style and message; Home-made or pre-printed, the messages were crystal clear; people do not want the GCSB spying on us;

And some were pretty ‘earthy’ in their wording – but I think most fair minded folk can empathise with the passion behind the message; Even  businesspeople  like  Helen and Chelfyn were out on the street to protest. They found a simple, but novel way to  spoof the threat of many eyes watching us, To be continued: Wellington protests against the Surveillance State (part rua) 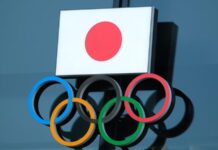 GUEST BLOG: Ian Powell – It’s just not cricket (nor Olympian for that matter) 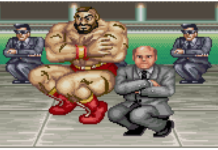