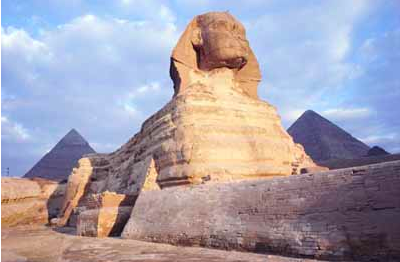 THE PROCESS of sifting truth from falsehood is never entirely objective. Most of us take refuge from what Leonard Cohen calls “the blizzard of the world” in a shelter made of our own prejudices and preconceptions. This is especially true of the world of politics. What we see is almost always determined by what we are looking for.

And it seems to make no difference whether we view political events and institutions from up close or far away.

Sidney and Beatrice Webb, founders of the Fabian Society and widely acknowledged as the leading spokespersons of “progressive” England, visited Stalin’s Soviet Union in the 1930s and pronounced it an unqualified success. Those less enamored of state planning and top-down “scientific” administration, looking at Russia from thousands of miles to the west, saw only tyranny and murder.

Am I making a case for moral relativism here? It might appear so. But against my own (and others’) preconceptions and prejudices and the filtering effect they have on the great sandstorms of information that assail us whenever the winds of change are blowing across the world, I like to run the measure of history itself.

History supplies the bones of the world. It is the mountain ranges and the river valleys that humanity must climb over or wander down no matter what their personal prejudices and preconceptions might be. It is the solid rock against which the shifting sands are finally banked. It is the landscape that endures, even when the winds of change blow hard across it.

Had Sidney and Beatrice Webb been more respectful of history they would not have been so ready to believe that the Bolsheviks had escaped its clutches. Great change in Russia has always been accompanied by great cruelty. Had they known more about Ivan the Terrible or Peter the Great, they would have been less easily gulled by Koba the Dread (as Stalin’s old Bolshevik comrades knew him).

Now that particular storm has blown itself out and we can see the landscape clearly, it is possible to make a moral decision about the Soviet Union. Yes, we can see the peaks: the high ground of the state-mobilised and co-ordinated society against which the Nazi tide broke and was rolled back. But we can also see the forests, full of mass graves in which millions of innocents lie buried. And the featureless steppes, punctuated by the gulags in which millions more were worked to death.

History’s judgment of the Soviet Union is unequivocal. Far from being an unqualified success it was just another chapter in Russia’s long tale of tyranny and heroism, murder and sacrifice. A tale that is far from over.

SOME NOW LOOK at Egypt and see another revolution unfolding. To some eyes it looks like the revolutionary upheavals of 1848; to others Cairo has become another Petrograd just waiting for the armed workers to take their rightful place at the head of History’s unstoppable column.

My fellow Daily Blogger, Phoebe Fletcher warns: “But events in Egypt also highlight how we all have a responsibility to learn, to attempt to gather information, and to not base our entire perception on a ready-made narrative.”

This is good advice. In any period of massive political upheaval, and especially where not only domestic but also foreign rivals battle for supremacy, propagandists from every side are eager to peddle their version of events. It is, indeed, important to gather information from multiple sources and learn as much as possible about the drama that is unfolding.

There is, however, one narrative upon which it is permissible to rely for a more all-embracing perspective on events in Egypt: the narrative of Egyptian history itself.

The story of Egypt in the modern age is dominated by the complicated political dance of the City, the Mosque and the Barracks. The sophisticated cosmopolitanism of Alexandria and Cairo drew its energy and inspiration from beyond Egypt’s borders. The timeless rhythms of the village were for centuries superintended by the mosque and the madrassa. Only in Egypt’s armed forces did the viruses of modernity find a vector of sufficient energy and strength to reform the Egyptian state.

In the past half-century, however, the countryside has come to Cairo and with it has come a radical strain of Islam that sits uncomfortably in that city’s venerable mosques and madrassas. Egypt’s capital has become a seething twenty-first century megapolis in which the three great streams of modern Egyptian history: tolerant cosmopolitanism, Islamic conservatism and military modernism; are now flowing together in full spate.

This flood may well, in true revolutionary fashion, swell to the point of completely reshaping the Egyptian social, economic and political landscape. If so, the revolution that ensues will be far removed from those of 1848 or 1917 – for the very simple reason that it will have taken place not in Europe or Russia – but in Egypt.

And in the long sweep of Egypt’s history we should never forget that floods have always been regarded as both inevitable and productive. It was the flooding of the Nile that every year re-fertilised the fields upon which Egypt depended for its sustenance. And, it was Nasser, and his military modernists (with help from the Soviet Union) who dammed the Nile at Aswan. Perhaps, what we are witnessing is Old Egypt reasserting its priorities – albeit in metaphorical fashion.

Perhaps, out of this present political flood, Egyptians will reap a harvest nourished by a new and fertile mixture of cosmopolitan tolerance, Islamic continuity and military energy. While the Nile flows and the desert sands shift and blow, it is difficult to see Egypt’s future being constructed of anything else.