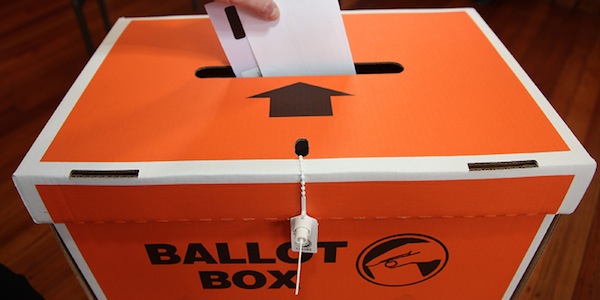 The results have met expectations. Meka won with a comfortable buffer, Te Hamua edged out Na Raihania and Marama Davidson performed better than the Greens did in 2011.*

The theme: unity or division

The message is clear: Mana and the Maori Party must unite. If not, Labour will sweep the Maori seats by 2017. When the tino rangatiratanga vote peels left and right, Labour gallops up the middle.

Does that mean “Labour is rising”?

Labour’s revival has been limp. After losing four seats in 2005 and another in 2008, Labour has regained one (Te Tai Tonga in 2011). Ikaroa-Rawhiti was and is a Labour seat. Its retention isn’t surprising. In 2008 – off of the back of the Urewera raids and the foreshore and seabed – Labour secured 57% of the party vote in. In 2011 – the same year the party’s national vote reached a historic low – Labour secured 50% of the party vote in Ikaroa-Rawhiti.

In that context, 42% of the candidate vote is not exceptional. Labour isn’t rising. I don’t want to be unduly harsh, but this was a default win. Labour didn’t dominate the discourse – if anything Meka was excluded from it – and Labour let the narrative swing against them. Meka became cold and aloof while Te Hamua became the B.R.O and Na could get the J.O.B done.

On the strength of their byelection performance, Labour won’t sweep the seven seats in 2014. Te Tai Tokerau and Waiariki will hold (at this point) for Mana and the Maori Party, though Labour is well placed to secure Te Tai Hauauru and Tamaki Makaurau. But 2017 might be Labour’s year…

So does that mean Mana is rising?

Te Hamua and Mana did enough to secure the momentum in 2014. The next election (in all of the Maori electorates) will be between Labour and Mana. The Maori Party will be third wheeling.

Only 1 in 3 enrolled voters voted. 1 in 3. The early vote count indicated that Te Hamua was within striking distance. However, Te Hamua fell as the ordinary votes (the votes cast on the day) were counted. Andrew Geddis is right to argue that “the only people who bothered to cast a vote were the most motivated/most loyal individuals”. Mana managed to turn out its most feverish supporters, but its target market (the disengaged) appears to have stayed home.

Perception punished Te Hamua too. He was the bro, yeah, but that wasn’t seen to be underpinned by an ability to get shit done. Among habitual voters that were not party political, ability is more important than street credibility. Regular voters are more sophisticated than B.R.O rhetoric.

Can we write the Maori Party’s death warrant?

Put it this way: they won’t gain any seats.

The easy is answer is that the Maori Party has a communications problem. The issues are more deep rooted and cannot be blamed on Na. There’s an issue of trust and unity.

The Maori Party’s political rationale was opposition to the foreshore and seabed. The party abolished the act, but replaced it (with direction and support from National) with a similarly dissatisfying act. On its founding rationale, the Maori Party surrendered its pride and enacted a piece of legislation nearly as demeaning as the Foreshore and Seabed Act 2004. That eroded much of the trust Maori had placed in the party. If you promise the Earth, you better deliver the universe. That didn’t happen.

The next election is between Labour and Mana.

The Greens will also be a force. Metiria and Marama have established the Greens as a credible and regular part of Maori political discourse.

The Maori Party will be on the peripheral.

The Maori seats won’t revert to a Labour monopoly, but the message is clear:  Mana and the Maori Party must unite. If not, Labour will sweep the Maori seats by 2017. When the tino rangatiratanga vote peels left and right, Labour gallops up the middle.