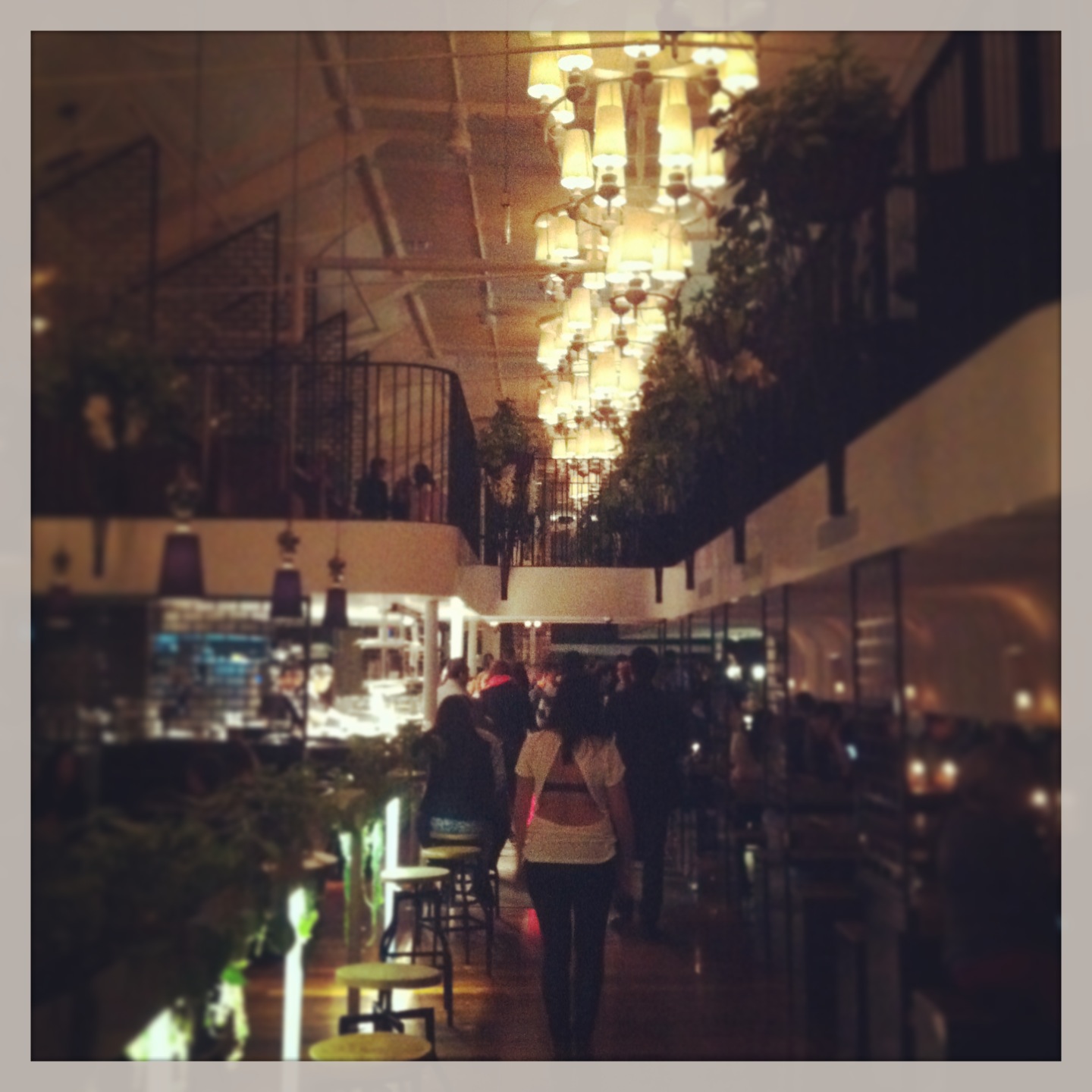 Last night was the opening of Everybody’s Izakaya restaurant on Queen St. It was more a refashioning than an opening as Everybody’s Bistro had been around for a couple of years. But now Pack & Company (of Matterhorn, Shakey Isles, Neighbourhood etc etc) have brought Nick Honeyman of Takapuna’s The Commons on board as Executive Chef and decided to shake things up a bit.

Izakaya restaurants in Japan are places you go after work for a drink and some inexpensive food. It’s not new to Auckland, Tanukis Cave is probably the best known local Izakaya and it’s quite an institution. Everybody’s though has taken the idea of Izakaya and transported it into New Zealand’s contemporary dining scene. And the result is brilliant. 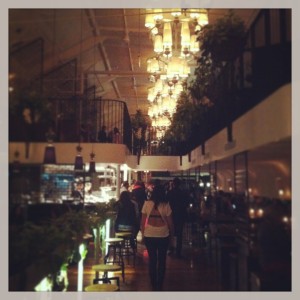 For those who have not been, the space is an old theatre building running between Queen St and Fort Lane. On the first level is a small outdoor area and the kitchen. Previously this level had plush booths running down the length of it. These have now been replaced with more casual tables and benches. The booths have been moved upstairs and some larger booths (easily fitting a group of 6) have been put in up there as well. The set-up is brilliant, it work so much better this way than how it was previously, and I think it’s great that it was just done with all the elements that were there before. The aesthetic is largely the same but I love the new partition screens which are patterned with the outline of a black brick wall design. 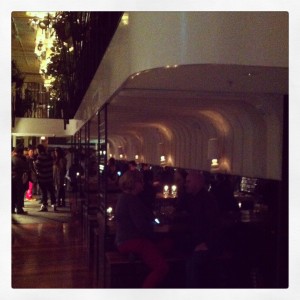 Right, layout changes done and onto the good stuff. We were treated to some beautiful cocktails. The Tokyo Serenity of Bacardi rum, wasabi syrup, coriander and mango nectar was a clear favourite. It smelt of fresh wasabi and the syrup and mango nectar were beautiful compliments. The Ruby’s Bellini was also delicious, raspberry puree, lychee and basil, topped with sparkling sake- it was like a berry explosion in your mouth. Quite sweet but great flavour. There were also sangrias, one with a plum wine base and one with a  sake base. They were fresh and clean though paled in comparison to the cocktails. 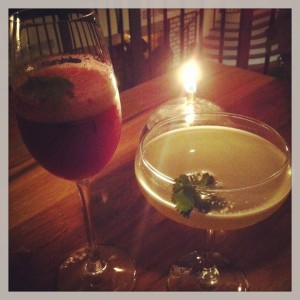 We were treated to a spectacular sampling of the menu. Think small plates/tapas type dishes of contemporary and creatively interpreted Japanese classics. Tuna sashimi with avocado, crispy nori, wasabi and dashi jelly was first up and set the bench high. Surprisingly complex and smooth and clean. I got quite excited at this point. The crayfish ceviche with yuzu dressing was juicy and sweet- how crayfish should be. The pork belly katsu with ground sesame sauce and the duck breast tataki with orange soy, coriander and daikon were more substantial and very satisfying. But the stand-out dish had to be the soy & mirin braised lamb ribs with house made Japanese curry. Wow. The lamb literally fell of the bone in a symphony of savoury lamby goodness. Lamb and duck are obviously not meats traditionally used in Japanese cooking but last night showed me that that doesn’t meant that they shouldn’t be. The Japanese flavours work beautifully with both and I’m a bit inspired to start experimenting myself. Except when I do it it will pretty much consist of adding teriyaki and yum-yum sauce to everything and then sprinkling some black sesame seeds on it. Maybe better to leave it to the professionals. 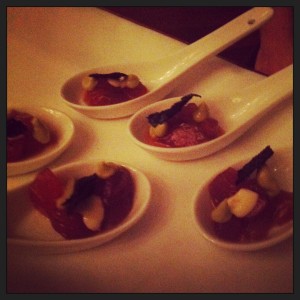 Dessert was chocolate, black sesame, caramelised banana and praline. The black sesame was reminiscent of halva and combined with the praline made for a satisfying texture sensation. 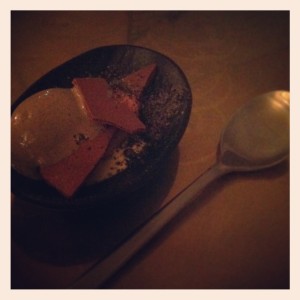 We were told that there will also be bento boxes at lunchtime, which I’m predicting will become a favourite with the suits. The switch to Izakaya was a very clever one. Having seen it only once I feel like this was how this space always should have been. It feels right. It’s still just as elegant but it has more life now. Where the Bistro hadn’t quite managed to, I’m expecting Everybody’s Izakaya to become a prominent feature in Auckland’s restaurant scene.