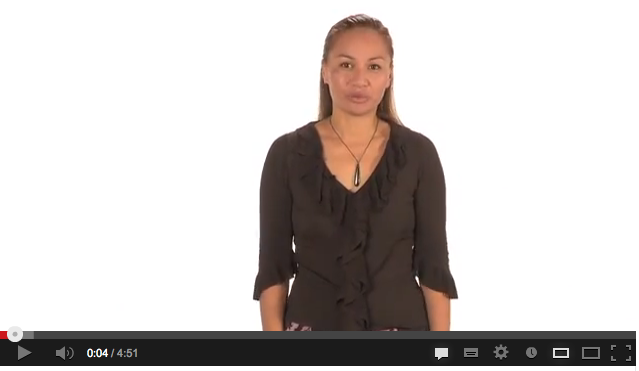 So this path of campaigning for a political position is a rocky one. Who would have guessed!? Based on the courage they have shown in putting themselves forward, my respect for the other candidates is huge. I know that at times we all spill-over with nerves, fear, self-doubt and anxiety as we negotiate this journey of awkward self-promotion and Māori politics.

This political hikoi is also lined with masses of tautoko and aroha that leave me floored with gratitude and warmth. I am quite sure that in my chaotic absent mindedness I am not showing nearly enough appreciation for the ongoing manaaki that cloaks itself around me. The mobilising behind the scenes is enormous and intense and the ground support from dedicated people is humbling (we are also not supposed to make a big thing out of koha, but I see you, and I thank you). I have the staunch support of my Party and our leadership. And to be mentored by one of the most outstanding political leaders of all time is simply beyond words. Greens Co-leader Metiria Turei has been unbending in her presence and dedication to this campaign. May her classiness rub off on me in furious fashion.

I see the passion of the political supporters for each candidate. Well that passion has a life of its own! It is exciting to see political fireworks yes. I hope more people become stirred and embroiled by their favourite candidate enough to want to wake up rocking a campaign. Just know that the four of us walk alongside each other with the utmost camaraderie. We will of course critique each other’s policies and politics because we owe that to voters. We will call to account the weaknesses of each party, we will question the skill of each other as candidates, and we will uplift our own kaupapa with vengeance. But in this we are tau. Our collective wildfire support needs to spread to more of our people and translate into a huge voter turnout. Ngā mihi to all of you working to enrol our people and solicit our voting power.

Travelling the electorate so far has both affirmed and challenged my political insight.

Many hapū and marae are clearly taking the lead in kaitiaki responsibilities to manaaki our whenua and our wai. We visited the Papawai Marae (Wairarapa) restoration project of their Mangarara stream. This mahi is been about decolonising their wai from the pollution and the non-native growth that is strangling the mauri of the wairere. We also heard similar stories from hapū at the Treaty Claims hui in Hawkes Bay at the Eastern Institute of Technology. The challenge is the collaboration with authorities to support hapū as kaitiaki of their rohe. In some places there is partnership and in other places it is not happening. I have always advocated for mana whenua to be acknowledged as the lead carers of the tupuna visions for their own rohe and the Green Party is unwavering on this point.

Speaking with the Maraenui community in Napier about their housing issues highlighted again the lack of democracy that is apparent with the National-led government. The shake-up happening in places like Pomare, Kaiti and Maraenui is not aligned with the aspirations of whānau whose lives are being toyed with. I have huge concerns around corruption and transparency when major decisions are being made without those directly impacted having a voice and I have raised these concerns at several levels.

Corruption is again highlighted after talking to Hawkes Bay locals about the proposed Ruataniwha dam. There are clear conflicts of interest and a lack of accountability for people in power making decisions that both trample on hapū and community wellbeing and serve their own individual interests. We must insist that due process is taking place in such decisions and many of us have a long history of such advocacy.

Spending time at the Tamararo kapa haka festival in Gisborne was to feel how whānau are uplifted simply through the pride we collectively share in our mokopuna who link us to our tupuna. This connection is a constant in Te Ao Māori and is the cornerstone of all of my politics.

Meeting with the Frack Free Tararua locals sent chills up my spine and not just because of the cold snap that hammered us at the Dannevirke drill site that day. I picked up some confusion in Maraenui where some people had heard I support fracking. The mere suggestion of this almost doubled me over in pain. We cannot sustain Papatūānuku with the extractive industries that this government is cheerleading for. I oppose. I oppose. I oppose – and so does the Green Party.

We also organised something of a campaign celebration at Unhinged Productions in Gisborne on Saturday night (check out the link to my spoken word piece here). We had mind-blowing local performances from Paora Anderson, Asih Sofyan and 11 year old Pounamu (here is her Facebook page she is amazing) and her dad Josh Wharehinga. I was literally put on the spot to offer up my own spoken word and poetry and it was fitting that we honour our long history of Māori creative and artistic expression. I will continue to be a voice that celebrates our Māori artists.

Yesterday we were all front and centre stage at the Matariki festival held at Waiwhetu Marae in Lower Hutt. Whānau there spoke to me of wanting to ensure their tamariki are receiving an education that affirms their tikanga, their reo, their love for Te Taiao and their inherent intelligence. Again the Green Party offers whānau clear supports to achieve this.

Last night was the Te Upoko O Te Ika live radio debate in Taita Hall. I am warmed by the calibre of my hoa as we stand and fire up our passions. We are all in the same boat when it comes to feeling both burdened and blessed to have this spotlight on us for our people. I especially thank the Green Party supporters who came and warmed seats and gave me an anchor to hold on to for the night.

I am involved with the Owen Glenn Inquiry into domestic violence and child abuse and recently spent eight days on panels hearing from survivors and front line workers. Just last Wednesday I was the MC for a one-day research conference on intimate partner violence and child maltreatment. I send a mihi hōhonu to the whānau in Havelock North who lost their 48 year old mum to domestic violence just on Saturday. Our systems that deal with this abuse do not protect our whānau or our tamariki and are in urgent need of a complete overhaul. This government does not place the wellbeing of children and whānau at the centre of their decisions. We also need to reclaim the culture of care where any violence is not tolerated and where our whānau know what to do when there are clear signs of trouble.

To finish, I emphasise again the manaaki among us four candidates. In my travels on public transport to get around Wellington yesterday, I left my handbag on the bus. I realised this shortly before I had to participate in the live debate on the stage at the Matariki festival at Waiwhetu, and it pulled my whole being into the depths of despair. I needed money to get around on further public transport that day to get me to our next gig, and I needed a kai. Na Raihania without blinking opened up his wallet and his generosity and sorted me out immediately with some cash. And I have received awhi from Te Hamua and Meka in the spirit of ‘tau’ that I referred to earlier. As our atua would have it – the bus driver had remembered that I was heading to Waiwhetu marae before I got off his bus and he came back looking for me. I had already left the marae when he came back but he found me some time later randomly walking to the train station. Words do not do justice to the utter elation I felt when I turned around to a man yelling at me and waving my handbag at me. Mike of bus route 160 to Wainui, the ten kisses and cuddles I gave you in the middle of the street were only a fraction of my appreciation. Thank you my tupuna for watching over me – I hear you.

People know I claim my powerbase as that of being a mother. There is no clearer irony than the one which separates me from my children for five weeks while I speak up for their better future. They are fine and well and nurtured by my incredible whānau who I am blessed with. For now though, I concentrate on the mahi before me lest I crumble and just want to return to them before this part of my journey is up. Thank you – all of you.