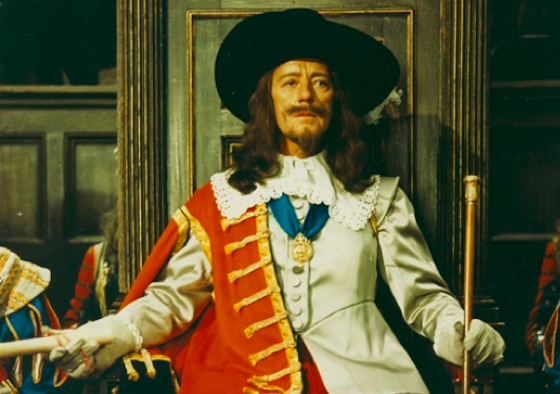 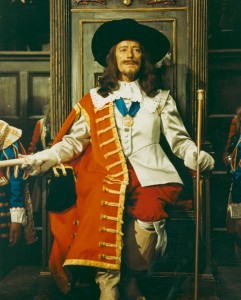 WHAT WAS HE THINKING? Labour Party MP, Trevor Mallard’s curt “Sit down ’til I’ve finished, for goodness sake!” – spoken to Parliament’s Speaker, David Carter – was extraordinary. The level of exasperation needed for someone as experienced as Mallard to commit such a flagrant breach of parliamentary order is considerable. Dissatisfaction with Speaker Carter’s behaviour in the Chair has clearly reached unprecedented levels.

Who cares? You might say. Anyone watching Question Time with any expectation of witnessing mature behaviour is bound to be disappointed. One of Parliament’s younger MPs told me recently that the behaviour she had observed on the floor of the House of Representatives took her all the way back to her school days – her primary school days.

But that is just too easy. Parliament is a political forum, not an academic institute. Passions run high in such places – as they should. Our representatives, spatially divided into those who possess executive power, and those who mean to take it from them, are civilisation’s alternative to contending armies in the field.

So, “robust debate” is to be expected from our MPs. We are, after all, talking about the Legislature – the place where our laws are made. The people gathered in that Wellington chamber can add to, or strip away, people’s rights; raise or lower their taxes; determine what they are paid; increase or decrease the quantum of their health care and the quality of their children’s education.

And because Parliament matters, the competency of the officer charged with enforcing the “Standing Orders” – the rules – of parliamentary conduct also matters. A Speaker who cannot create and maintain order is a failure and should be replaced.

The surest way for order to break down in the debating chamber is for the Speaker to allow the impression to grow, on either the Government or the Opposition benches, that he or she is unfairly favouring the other side.

The qualifying adverb “unfairly” is important in this context because to protect our representative democracy a good Speaker must always lean slightly towards the Opposition.

This is because the Westminster System (unlike the American Constitution) seats the Executive Power in the same chamber as the Legislative Power. The Crown, or, rather, her chief ministers, not only sit around the Cabinet Table, they also sit in the House of Representatives. This tradition places a great deal more weight on the Government’s end of the parliamentary see-saw than the Opposition’s.

Hence the need for an Opposition-friendly Speaker.

To fully appreciate the reason why the Speaker’s office is so vital to the effective functioning of the legislature one has only to recall the scene in England’s House of Commons on 4 January 1642.

King Charles I, determined to put an end to the uncooperative behaviour of his parliamentary opponents, took himself and his men-at-arms to the Houses of Parliament at Westminster.

With his soldiers in plain sight, the King strode into the Chamber.

“Mr Speaker”, said the King, “I must for a time make bold with your chair.”

Having seated himself in the Speaker’s, William Lenthall’s, chair, the King, looking around, realised that the MPs he had come to arrest were not present. Turning to Lenthall, he inquired as to their whereabouts. The Speaker said nothing, but falling to his knees, informed Charles that “May it please your Majesty, I have neither eyes to see nor tongue to speak in this place but as the House is pleased to direct me, whose servant I am here.”

“Tis no matter,” the King replied, “I think my eyes are as good as another’s. All my birds have flown.”

Within days England’s King was at war with England’s Parliament.

As a result of the English Civil War, Kings no longer come to the House of Commons.

But Prime Ministers and their Cabinet colleagues do.

And all that prevents John Key from “making bold” with the Opposition’s ability to uphold Parliament’s right and duty to both challenge the Executive Power and hold its ministers to account are the Standing Orders of the House, and the Speaker’s determination to enforce them.

This is exactly what the last Speaker, Dr Lockwood Smith, did.

To the evident distress of the Government benches, Speaker Smith insisted on the Executive (i.e. Cabinet Ministers) answering properly the questions put to them by Opposition Members. In doing so he displayed the courage and integrity required of Parliament’s presiding officer.

If the House is not to become a mere rubber-stamp for the Prime Minister’s majority, the Speaker must ensure that “Her Majesty’s Loyal Opposition” is given the power to do its job.

Trevor Mallard’s cold fury of yesterday afternoon (27/3/13), and the egregious breach of parliamentary etiquette that followed, was born of Speaker Carter’s refusal to uphold the standards of Executive accountability and behaviour insisted upon by Speaker Smith.

Then the Prime Minister repeated his offence – and again he was not rebuked by the Speaker.

So outraged was Mr Mallard by these repeated failures to rein-in the Prime Minister that he rose to his feet and addressed Speaker Carter in words of such cold contempt and peremptory command that he was immediately ejected from the chamber.

It is now a matter of some urgency that Speaker Carter undertake a thorough review of the way he has been handling Question Time. He should also give some serious thought to how he deals with the Prime Minister’s increasing propensity to “make bold” with Parliament’s Standing Orders.

The way the Westminster System has evolved in New Zealand places enormous responsibility in the Speaker hands. Foremost among these is his responsibility to give the Opposition sufficient authority to ensure that Cabinet’s presence on the floor of the House does not blur and diminish the constitutionally-vital separation of Executive and Legislative Power.

Only the Speaker can give the Opposition that authority. Failure to do so will inevitably be interpreted as a deliberate weakening of our representative democracy.

If that is what Trevor was thinking yesterday, then his bad manners were entirely justified.