Home About Us About Tony Milne 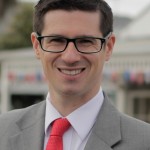 I moved to Christchurch in 2000 to attend Canterbury University where I received a BA (Hons) in English and Political Science.

I’ve spent several years working on the front line of addictions, health and social services – as a youthworker at the 198 Youth Health Centre and for the past 5 1/2 years as National Manager of Public Health at the Problem Gambling Foundation. That work has involved working with people facing tough times and real human struggles and helping to change their lives while also working to create stronger communities through better public policy.

Many people in Christchurch are struggling. With incomes that are too low, and housing and power prices that are too high. Too many homes are cold, and damp and too many people have unresolved EQC and insurance issues. Too many children are growing up in poverty while the gap between the rich and everyone else gets wider. The Government has been too quick to close schools and tear down heritage buildings, and too slow getting things moving in the central city.

I grew up in Invercargill, where most my family still live. As a family we had little money, but my parents worked hard to give my brother, sisters and me opportunities. My upbringing taught me to fight alongside Davids as they take on Goliaths.

I was part of the group that opposed the Christchurch Council decision to increase rents on Council Housing tenants by 24%. We took the Council to Court and won. I’ve fought alongside Phillipstown School in their fight against the Government’s decision to close the school, including a successful High Court case against the Ministry of Education. I’ve been part of the Christchurch Living Wage steering group, the campaign to save Te Whare Roimata, to save Centennial Pool, and to save heritage buildings.