Home About Us About Stuart Nash 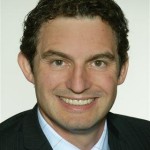 Stuart Nash has had a number of careers in business, management, politics and forestry.

Currently living in Napier (where his family have resided for nearly 150 years), Stuart was a Labour list MP from 2008 – 2011 and unsuccessfully stood for Labour in Napier in the 2011 general election. Stuart wiped nearly 6,000 votes off the sitting National MP’s majority, but unfortunately, the Nat had a majority of over 9,000 and so a great result was not good enough.

Stuart is currently working as a business consultant and is still active in the Labour party politics as the chair of Labour’s Rural and Regional Sector Committee. After rejecting strong calls for him to stand for the Napier mayoralty, he plans to seek Labour’s nomination in Napier for the 2014 general election.

Stuart has masters degrees in Management and Forestry Science, as well as an undergrad degree in history and a couple of postgrad diplomas that lie gathering intellectual dust somewhere in a forgotten closet. And no, he is not related to the cricketer, even though he has met him a couple of times.

Stuart is married to Sarah and has three children and another due in late September.