Home About Us About Laila Harré 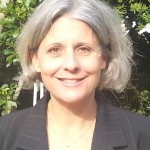 Laila Harré BA, LLB Auckland, New Zealand – Laila Harré has had a long career in industrial relations and policy making. She completed degrees in Law and Political Studies in 1987 and after an internship with a Geneva based NGO in 1988 she worked as a mediation officer at the NZ Human Rights Commission, as an adviser to the NZ Minister for Disarmament and then for several years as a trade union lawyer.

In 1996 Laila went into Parliament as an Alliance MP and she served as a cabinet minister in the 1999-2002 Labour-Alliance coalition government. She was Minister for Women’s Affairs, Youth Affairs and Statistics and Associate Minister of Labour and Commerce. In Parliament she led a successful campaign for the introduction of paid parental leave and championed many other labour causes.

Since 2002 Laila has held senior roles in the trade union movement – in the New Zealand Nurses Organisation and then as National Secretary of the private sector National Distribution Union. In 2009 and 2010 she worked for the Auckland Transition Agency, established to oversee the merger of all the local authorities in Auckland into the largest local authority in Australasia, the Auckland Council. She was responsible for all matters concerning the employment of local government staff and for establishing the new council’s HR department.

As an ILO specialist based in Suva 2010-2012 Laila worked with governments, employer and worker organisations in the eight Pacific ILO-member countries to plan and implement programmes to address their decent work priorities. Areas of focus included, in various countries, labour law reform, frameworks for minimum wages and collective bargaining, social security policy, the strengthening of worker and employer organisations, and the promotion of employment as a priority in national planning.

She returned to New Zealand in May 2012 where she works as Issues Director for the Green Party, the third largest party in the New Zealand Parliament. She undertakes occassional work on labour issues within the South Pacific.