Home About Us About Charles Chauvel 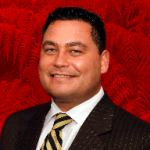 Charles Chauvel – Until March 2013, when he began working in New York for the United Nations Development Programme as its Parliamentary Development Advisor, Charles Chauvel was the Shadow Attorney-General, and Shadow Minister for Justice, Courts and Corrections, in the New Zealand Parliament.

During his time as an NZ MP, he chaired the Parliament’s public accounts committee, its scrutiny of regulations committee, and its privileges committee, and was Parliamentary Private Secretary to the Attorney-General. He was the first – and is to date the only – person of Pacific Island ancestry to have served on the front bench of any NZ political party. Prior to holding the shadow justice-related ministries he was the shadow minister for environment and climate matters.

Prior to his election to Parliament, Charles Chauvel was a partner in a law firm based first in Wellington, NZ; and then in Sydney, Australia. He also worked as Crown Counsel in the NZ Crown Law Office, as legal officer for a union, and clerked for the NZ Chief Justice. His governance experience includes the board of the NZ Public Health Commission, chairing the NZ AIDS Foundation, deputy presiding member of the NZ Lotteries Commission and deputy chairman of Meridian Energy Ltd, NZ’s largest renewable energy generator. He was a board member of the Pacific Friends of the Global Fund Against AIDS, TB and Malaria from 2009, and was a United Nations’ Global Commissioner on HIV and the Law between 2010 and 2012.