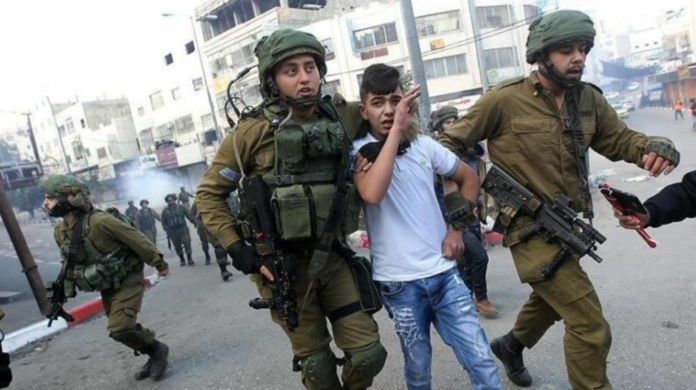 On 14 November 2021, an Open Letter (below) was emailed to Nanaia Mahuta, noting her past comments on certain aspects of foreign policy and the importance of international rules and institutions. The Prime Minister’s office and Golriz Ghahraman, who were sent copies of the letter, acknowledged receipt promptly and welcomingly but, so far, there has been no response from either Nanaia Mahuta or her office. The Open Letter draws attention to examples of grave violations of international law and human rights committed by Israel in Palestine, thus:

You claim that New Zealand has an independent approach to foreign policy, characterised by a shared sense of humanity. This approach is linked to an international rules-based order which, as you recognised in your inaugural foreign policy speech to the Diplomatic Corps, “means pulling our weight – doing our bit”. In that speech you also declared New Zealand’s “enduring commitment to the importance of international rules and institutions” and advised the audience that “we champion human rights”.

At the United Nations, Special Rapporteurs are part of what is known as the Special Procedures of the Human Rights Council. On 3 November, Michael Lynk, theSpecial Rapporteur on the situation of human rights in the Palestinian Territory occupied since 1967 and a colleague, Balakrishnan Rajagopal, condemned the recent announcement by the Israeli Government that it is advancing plans to build thousands of new housing units in its West Bank and East Jerusalem settlements.

The Special Rapporteurs point out that:

“The very raison d’être of the Israeli settlements in occupied territory – the creation of demographic facts on the ground to solidify a permanent presence, a consolidation of alien political control and an unlawful claim of sovereignty – tramples upon the fundamental precepts of humanitarian and human rights law.”

As the Rapporteurs so correctly state:

“. . . the purpose of settler implantation – rupturing the relationship between a native people and its territory – is the denial of the right to self-determination, which is at the very core of modern human rights law.”

In this regard, how can the insistence on “negotiated two state solution‘ result in the slightest degree of justice? How does this align with your support for indigenous rights? The experts point out that: “An occupying power that initiates and expands civilian settlements in defiance of international law and the Rome Statute cannot be serious about peace.”

A joint Israeli/Palestinian organisation has set our own government — and all UN member states — an example for action. In a rejection of armed violence, Combatants for Peace unites Israelis who once served in the Israeli military Occupation and Palestinians who engaged in armed resistance to it. They work to win support for international law, peace, equality and justice and have even sent a petition to the International Criminal Court (ICC).

Combatants for Peace believe, quite rightly, that the destruction of homes is a war crime. Experience has taught them — from two points of view — of the injustice, cruelty and futility of armed violence. They work together now for international humanitarian law to be properly respected so that violators of human rights may know, with certainty, that they will be brought to justice.

Is the New Zealand Government prepared to partner and really ‘pull its weight’ with the international community to support the current investigation into the Israeli Occupation settlements by the Office of the Prosecutor at the International Criminal Court? Will you stand up to “champion human rights” and call Israel to account? The failure to impose sanctions utterly betrays Israel’s defenceless Palestinian victims – their only hope is international intervention to bring equality and justice.

Your foreign policy speech referred, just once, to the Middle East when you said the “effort to progress partnerships in the Middle East is a signal of how we value growing opportunities in the region.” What better partnership to engage in could there be than to empower justice and the effectiveness of international law?

We look forward to your, hopefully positive, response.

In reply to a letter from the Justice for Palestine human rights NGO, Nanaia Mahuta acknowledged two particular Israeli war crimes committed in Occupied territory, saying merely that New Zealand had “registered specific concerns about the human rights situation in the occupied Palestinian territories during official talks with Israel”. Our Foreign Affairs Minister then went on to say that New Zealand will continue to pursue a principled and balanced approach to the Middle East Peace Process.

We therefore ask her: Where is the ‘balance’ in Israel’s imposition and expansion of settlements for its own people, in defiance of international law and the Rome Statute, in militarily-Occupied territory beyond its borders? Can you tell us? Do you believe this ‘balance’ aligns well with your declared support for indigenous rights?

Administrative detention (imprisonment without charge or trial) orders are issued by Israeli military courts. Palestinians are taken prisoner and held by the Israeli military on ‘evidence’ that is kept secret, from both the prisoners and their defence lawyers. While the orders are issued for periods of up to six months, they are infinitely renewable against prisoners, including children (minors under the age of 18 years), who can find themselves incarcerated for years without charge or trial.

A 12-year-old boy’s terror and pain

The moral depravity of the Zionist Occupation of Palestine goes beyond land-theft and settlements. It manifests itself down to the most intimate and personal levels of relentless, racist population-control. The courageous and honest Israeli human rights group, B’Tselem, is dedicated to ending what it describes as “Israel’s regime of apartheid and occupation”, affirming that it is “the only way forward to a future in which human rights, democracy, liberty and equality are ensured to all people, both Palestinian and Israeli, living between the Jordan River and the Mediterranean Sea.”

Earlier this year, B’Tselem reported on the abduction of a child, 12-year-old Sanad Muqbal, by the Israeli military. The lengthy report begins with an account of Israeli soldiers, at 3am, invading and searching Sanad‘s home, north of Hebron. He was not there because he was staying that night in the home of his cousin in a refugee camp. The soldiers locked Sanad’s mother in her bedroom, with one of her children – her five terrified daughters were on the ground floor. The soldiers ransacked Sanad‘s room, throwing all his possessions onto the floor. Upon departure, they left an order for him to report for interrogation. He arrived, with his father, Mohammed, at around 8:30am the following morning and immediately separated and interrogated. Sanad was allowed no accompanying adult or legal representation during the questioning.

On his way to a cell, following interrogation, Sanad saw his father lying, almost unconscious, in the station’s yard and broke away from the guards to comfort him. A policeman reacted, using the butt of his rifle to hit Sanad in the back as he watched his dad lose conciousness. Sanad was then blindfolded and, with his hands and legs tied, taken from the yard before being transported to a dark, windowless cell, his legs and hands still bound. He spent a sleepless night with a soaking wet, smelly mattress. The next morning, with his hands and legs still tied, Sanad was driven to the Megiddo Prison, a long and miserable journey, during which an Israeli soldier hit him, while cursing and threatening his family. Blindfolded once more, he was led into the prison yard. Later, Sanad was put in a room with a police officer, where he was photographed and ordered to take off all his clothes before being searched.

Up until then, Sanad had eaten nothing because, although hungry, the food he was offered was disgusting. Finally, he was given something he could eat, followed by a proper night’s sleep. Apart from that slight relief, for 16 days and nights Sanad was held captive and treated badly. He asked to speak, by phone, to his father and a prison guard took him to the phone, only to interrupt the call and hang up abruptly in the middle of the call. Three armed guards arrived and one of them hit Sanad with the barrel of a gun, hitting him again, even harder in the head, causing his face to hit the floor and begin bleeding. The next day, Sanad was allowed ‘administrative’ release but instead of informing his family so that he could be picked up and taken home, the prison authority had him taken to Jalameh Checkpoint and left there. Fortunately, he was able to get help from other people there who helped him contact his father and get to Ramallah, where he could picked up and taken home. B’Tselem inform us that this cruel example is not exceptional.

Nanaia Mahuta is forecast to return to New Zealand on 28 November since when we shall keep a look out for any response to our questions. Lest us hope that New Zealand’s closeness to its ‘traditional allies’ will not limit our independence of spirit and action when it comes to support for international human rights law. Israel has attacked human rights organisations such as Al-Haq, for documenting the Zionist regime’s human rights violations, as well as Addameer and Defence for Children International Palestine for having filed evidence of war crimes to the International Criminal Court. Sadly, the US contradicts its own laws by banning Palestinian resistance groups and collaborating with foreign military forces that are violating human rights. A video just over one minute long, released on 9 November, provides a chilling glimpse of the Zionist ideology’s influence.